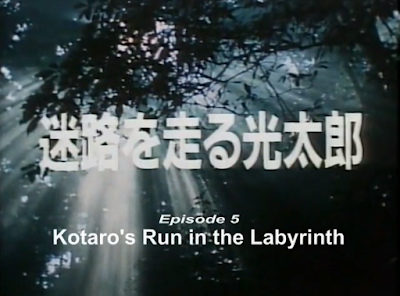 Normally, I like to write these opening paragraphs just like if I was writing a 1960's episode of Batman but today I do not.  Why's that? Well, let's just say that this episode of Kamen Rider Black is sooOOOOoo special.  How special? Well, it's so special that I wouldn't believe that this episode existed if I hadn't seen the episode for myself!  Yeah, it's that kind of special.  This is my (Kaiser Sensei's) Summary and Review of Episode Five of Kamen Rider Black.  (Click on "Read More" to read this very special article). 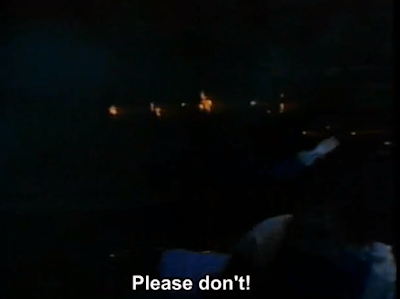 Episode Five certainly has the most creepiest of openings that this series has to offer so far. This episode opens up with a girl named Akane, on the run from a Satanic Cult lead by Satan. Akane manages to escape though and is rescued by a random delivery man.  Convenience soon kicks in as Kotaro's sister finds out that Akane is in hospital and she is the only one that has Kotaro's sister's new phone number... Yeah, that's some ultra lazy plot set up right there.  Kotaro is also suspicious about the attack and is already investigating the place where Akane's from, a little village called Asahi.  Once Kotaro and his sister go into the waiting room, they see a news report about how Asahi Village is going to have a World Peace Meeting... Again! Such a lazy plot device.

Kotaro and his sister go to see Akane, whom wakes up shouting and screaming in fear and passes out in shock.  The Doctor then takes our heroes into another room, where he discusses that Akane is suffering from extreme shock and while this is happening Akane is walking to the roof because she is being commanded by Lucifer to go to the hospital roof and commit suicide (must be all that d**n rap music that she listens to).  Akane does snap out of it but as soon as she does she is falling but lucky for her, Kotaro manages to grab her by the arm and pull her up to safety.  Kotaro doesn't waste much time as he starts heading to Asahi Village to put an end to all this madness...VROOOMM! 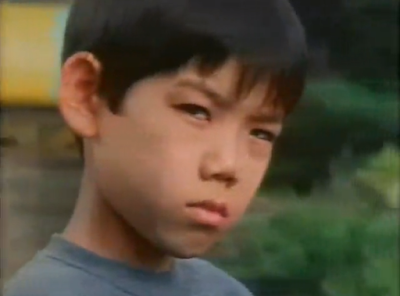 Kotaro makes it to the village and saves a boy from a group of bullies that are terrorizing the boy's family garden.  The bullies fail to show fear in Kotaro and give him some creepy Children of the Corn stares and then the rest of the villagers come and attack Kotaro in a scene that looks right out of Resident Evil 4 (you know, the good Resident Evil game).  More creepy Resident Evil 4 s**t happens as Kotaro is saved due to the town bell ringing and the villagers go to pray to their lord, Lord Goat... Lord Goat?  You mean all this time this guy I've been calling Satan, Lucifer, Doug, and The Devil is called... Lord Goat?  They could've done something way better than that, the name Lord Goat takes away all of the seriousness and scary vibes that this episode had.  Lord Goat! Lord Lazy Writing more like it (I'm probably the only one that'll chuckle at that joke).

The boy that Kotaro saved takes him to a cave where the all of the non-possessed people are and it's only one other person, the kid's grandfather.  The Grandfather tells Kotaro about the village and how that he and the boy aren't possessed because they were out of town fishing for the day.  Akane also happened to be visiting that day and when they got to the village that night, they were attacked by the villagers.  Again, Kotaro wastes no time and finds the cave where the people are being held under Lord Goat's control... Oh, yes! The little boy from the village also decides to join Kotaro on his investigation.  Things start getting a bit kinky as in the cave we have the villagers chant Lord Goat's name and Lord Goat gives them more power by rubbing his horns and ejaculating purple haze all over them or as to what I like to call it... Woodstock '88. *ba dum tish* STOP THROWING ROCKS AT ME! 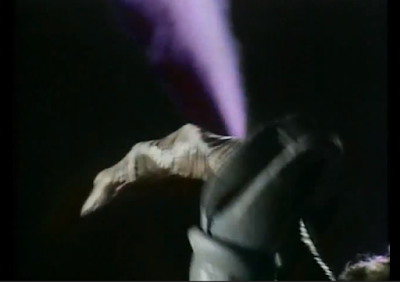 More chanting and purple vaping is happening at the cave and the little boy just happens to get possessed and attacks Kotaro.  The little boy is no match for Kotaro (obviously) and Kotaro knocks him out and takes him back to his grandfather.  It is also at this moment that all the clues click inside Kotaro's head and figures out that the Golgum are possessing people to try to stop the peace conference...  You know, for someone that's very sharp to what is going on, he didn't figure out that the Golgum was trying to stop the Peace Conference until this point? C'mon, give me a break.  They acted as if he was investigating and paying attention to what is going on and they ruin that by doing this.  I DON'T LIKE IT! 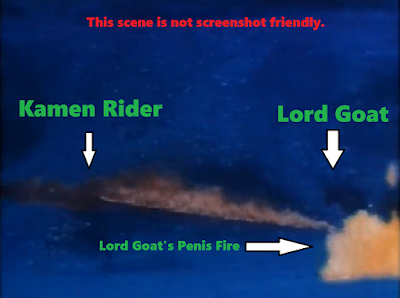 Kotaro manages to get the boy and his grandfather back to their place to where the grandfather discusses a plan that he has to try to snap the villagers out of their trance.  You see, the grandfather's plan is to take out his hearing aide, so he can't hear the chanting and while this is happening he is going to try to talk the villagers out of it.  This leaves me confused as is it the purple haze that's supposed to possess people or the chanting?  I can understand the chanting working on the people that have been possessed by the purple haze, so why would he need to go in without hearing anything if he wasn't... Aw, f**k it!  I've given up on the logic of this episode.

After the planning, more Resident Evil 4 s**t happens as they are attacked by the villagers whom are donning torches and pitchforks and manages to corner down our heroes.  Kotaro manages to break though them due to him waggling the joystick fast enough to break their grip... Nah, he just pushes though them and escapes.  All this possession business really gets Kotaro's goat (hah) and so he changes into Kamen Rider and rushes to Lord Horn Rubber.  Lord Goat is prepared as he shoots fireballs, more purple rain, and also ejaculates fire from his crotch...  Yeah, I'm sure he is meant to be breathing fire but it looks like that he shooting right out of his d**k.  Kamen Rider calls in for his bike, so he can get close to Lord Goat and karate chops off his horns and kicks him and Lord Flame throwing Penis is destroyed.  Akane is back to normal, all the villagers are free, the peace convention happens and thus concludes the fifth episode of Kamen Rider Black. 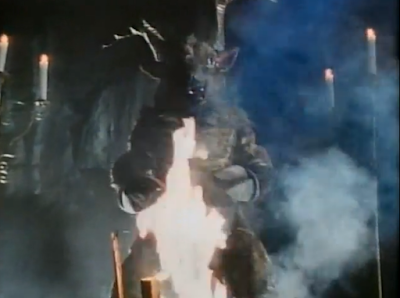 Yeah, not the most best written episode out there with a lot of lazy and clumbsy writing, where it felt like that the writers weren't paying attention to what they were writing and just wanted to get the first draft out there.  This story could've also worked and made for a very scary episode but it dropped the ball way too quickly.  The one-off characters for this episode also didn't work for me as I didn't care about any of them, they just felt thrown in.

The effects in this one were decent though with the purple haze and all of the h**l fire going on but the action itself is pretty lame.  The costume for Lord Goat is very cheesy though and sure he does look spooky at first glance but it wears off quickly as you notice how tame the costume is.  Did they really need to make him rub his horns to make the purple haze c*m out.. I mean, come out?  Couldn't they just let it fire on its own?  Who am I kidding, this guy also ejaculated fire for crying out loud.  Speaking of that, the logic in this episode made no f*****g sense what so ever and yes, these kinds of shows aim for more fun than logic but the logic in this episode is so broken that it felt like it was written by the Devil himself.  I also didn't like how this episode was breaking it's own rules that it set up for Lord Goat.  AAAAAAHHHHHHHHHHHHHHHHHHH! 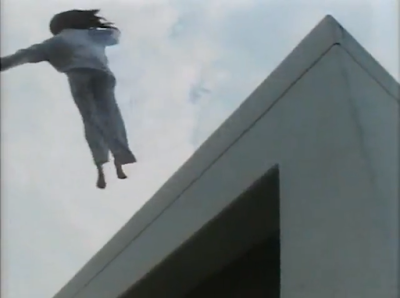 Overall, a really bad episode of the show but if you are willing to overlook the many flaws that this episode provides then you may be entertained by this flaming garbage.  I'm giving this one a 3 out of 10.  This episode is h**l.
Posted by Retrokaiser at 6:50 AM