Kaitou Sentai Lupinranger vs. Keisatsu Sentai Patranger Number 10 It Is Not Over Yet - Summary/Review 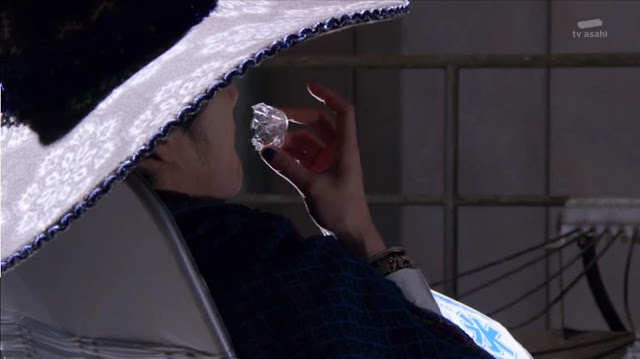 Time for the 10th episode. Last time things ended on a super depressing note for the Lupinrangers. They had failed to steal the Lupin Treasure from the previous Gangler and it now seems like their mission has failed. What will come of this? Last weeks preview showed them seeking revenge on the one who killed their loved ones in the first place. So, click "read more" and let us find out where this is all leading. 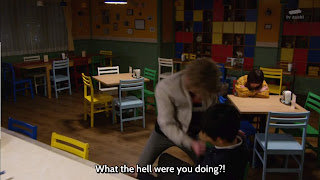 The episode begins immediately where the last one left off with Kairi receiving the news about the destroyed collection piece. He is absolutely furious, Tooma has gone completely numb, and Umika cannot stop apologizing. Needless to say, they are not taking it well. All hope seems lost as Kairi exits the restaurant. This scene is really showing off some good acting.

Things remain on a sad note outside where Kairi is moping about. When, of course, Keiichiro happens to see him and tries to cheer him up.


You can see in Kairi's eye how badly he wants to attack him, but he doesn't, just holds it in and tries to walk away. Keiichiro doesn't take the hint though and continues to follow him while giving a lecture about weirdos in spring and mentions someone who was eating ice. This caught Kairi's attention. As a reminder, all the Lupinranger's loved ones were killed the same way by being frozen in ice and then shattered. Looks like now this is going to turn into a revenge story.

Personally, I love a good tale of vengeance but this series is known for coping out of seriously dark moments like this. So, I am trying not to get my hopes up too high.

Following the intro, it cuts back to Tooma and Umika, the ladder of which is trying desperately to find any broken off pieces of the lost collection item in hopes of fixing it. It then occurs to Tooma that Goche never did the "make my monster grow" bit and believes there is hope after all. I had also thought of that but was kinda hoping there would be more to where this was going. 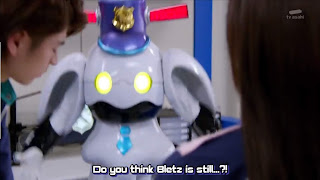 Umika asks Sakuya about this which leads him to consult it with the other Patrangers. Tsukasa had also been bothered by this since the pattern was broken. I like that they acknowledge how pattern oriented this show is. They get suspicious that Bletz may still be alive and a quick cut back to the villains base confirms this. Yup, he escaped, so the treasure is still around. Cop-out alert. 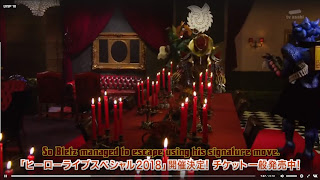 I was expecting them to force a turn giant event in order to restore the treasure but this is just lame. Guess it was too early in the series to force any significant plot shifts.

On the other side of the story, Kairi has found Zamigo and is hoping that defeating him will bring their loved ones back. He goes for an attack but quickly gets his hat shot off. Yup, this is going to be that one rival villain that they will struggle with throughout the whole series. Lots of seasons have one. 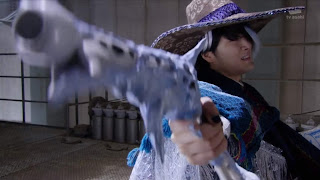 We learn his ice powers are not from a collection piece but are just his powers. And he is defiantly not Elsa, or Ice King, or Chill Penguin. We also get to see his true form for the first time. 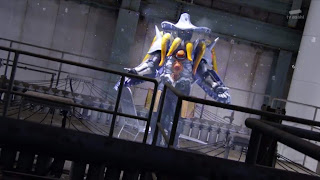 In a flash, it cuts back outside where Bletz shows up and is cornered by the global police. Oh yeah, he was a plot. They quickly morph into the Patrangers and, it cuts back inside, where they crash through the wall and then the other two Lupinrangers show up. Talk about abruptly forcing every plot thread together.

There is confusion everywhere as things get explained off screen just so every character is caught up. The Patrangers are still fighting Bletz while the Lupinrangers have a touching moment. They learn of each others plans, realize nobody had given up hope, and have a rekindling of their ambitions.

Similar plan to last time. Tooma and Umika will go after Bletz's treasure while Kairi takes on Zamigo. They morph into the Lupinrangers and the battle begins. It is business as usual, a three way struggle but this time LupinBlue immediately tries to steal the treasure. It is at this point where we find out how Bletz escaped last time. 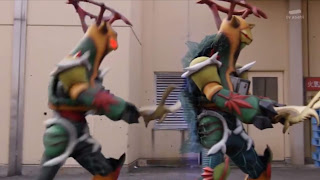 Yup, he can shed his skin so to speak. But, that was more or less just shown to wrap up that plot-line because immediately after, the Patrangers go for the finisher while LupinBlue ties him up to prevent another skin shed and so LupinYellow can steal the treasure just before being finished off. Earning both teams a victory. This time, he is made to grow signifying they did it correctly this time.

Meanwhile, Kairi's duel with Zamigo has turned into him dodging for his life.

The fight gets dragged out side as they smash through the wall, again. The property damage is real. Kairi narrowly avoids a fatal shot when his cape gets hit and destroyed (again) and is backed into a corner by ice. However, out of nowhere, he activates that scissors treasure he got in the last episode. Except this time, it gives him a new weapon. 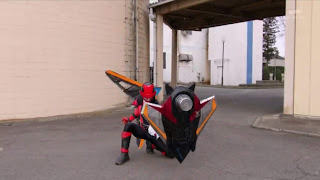 Big shield and a boomerang. I smell some boom coming soon. Presumably, this is the treasure from last episode except activated outside of giant battles. Well, he is finally able to land a hit on Zamigo. Although, he just laughs it off, regenerates, and makes his leave. Tooma and Umika arrive just as he leaves for another sappy conversation then the attention is brought back to the giant Bletz. Were these two fights supposed to be happening at the same or were they just ignoring giant Bletz until now? Regardless, Goodstriker chooses the Lupinrangers and it is time again for a Megazord battle.

The fight begins on an interesting note actually. Bletz multiplies into 100 of himself. Which he can just do now. Kairi is unphased by this can combines with the Scissors and Blade mechs he got last episode. No one saw that coming right?

It is at this point that the CG comes back unwanted as it just looks horrible. The background is inconsistent, the multiple Bletz copies are just running in and letting themselves get taken out, and, it legit looks like Dynasty Warriors.

Well, it gets even more silly. All the copies try to re-fuse with the original and get stuck, leaving them open to be finished off with the new finisher that slices the lot in half ending the fight. I think they were aware of the Dynasty Warriors thing as they used the term Hack & Slash. 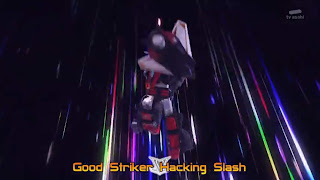 They bit him an Eternal Adieu. Thank goodness.

The episode ends back at the restaurant. They keep Zamigo a secret from Kogure so he can be a back up plan and Keiichiro stops by to check on Kairi. He is doing much better, and starts calling him Kei-Chan to his annoyance. How appropriate to reflect this episode.

What on earth did I just watch? This plot was all over the place and the tones changes so drastically from scene to scene. This is the third time in a row that this season has let me down after a great episode. It is hard to even put into words what it was like watching this. A case where they tried to do too much in too short a time. It introduced some new arsenal for the Lupinrangers and some more information was revealed about Zamigo, other than that there is no point to watch this episode. 2/5
Posted by Cendoo at 12:00 PM