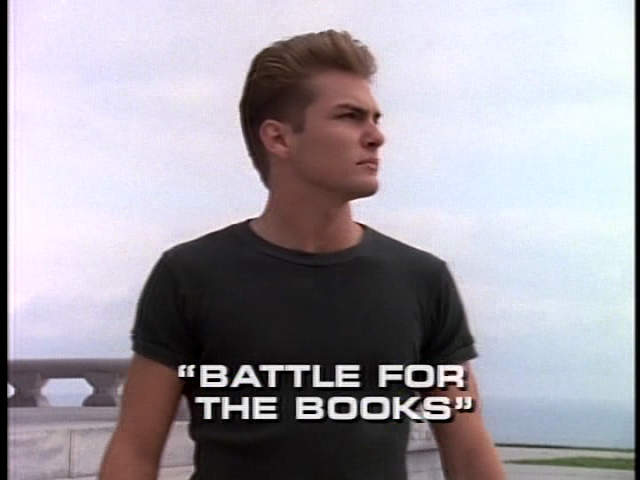 Oh no! The evil zillionaire Carl Ziktor wants to destroy every educational book in the world. Now that I think about it, that might not be so bad. To start off his liberation campaign against the tyranny of reading, our savior Ziktor decides to make it personal by targeting J.B.'s dad, an owner of a mobile book station. Can the VR Troopers stop Ziktor from achieving his awesome nefarious plan? Click 'Read More' below to find out.


Overall Opinion: Light Recommendation. Mostly skippable episode for those wanting lore. They introduce the VR Techno Bazooka for J.B. The episode has a shallow premise but has decent pacing and fight scenes.


We start this episode with J.B. and Ryan practicing Karate at Master Tao's dojo. A tournament is starting soon and the boys are pondering what they will do with a potential $500 for winning the grand prize. For J.B., he wants to save the money for college and Ryan wants to save his earnings to potentially become co-owner of the dojo. Carl Ziktor appears and rambles on about destroying books to make people forget about safe energy resources like solar power or wind turbines. Nevermind the part that the practice of burning books will take multiple generations for the people to truly lose that knowledge. To enable his utopia of useful idiots, he chooses to harass J.B.'s father who drives a van so he can deliver books to kids.

J.B.'s dad is attacked by Skuds, the evil soldiers in this show. They destroy his van. Pleased with taking down a delivery man, Carl Ziktor raises the stakes and sends a small force to attack the local library. The VR Troopers roll out and the fight begins! 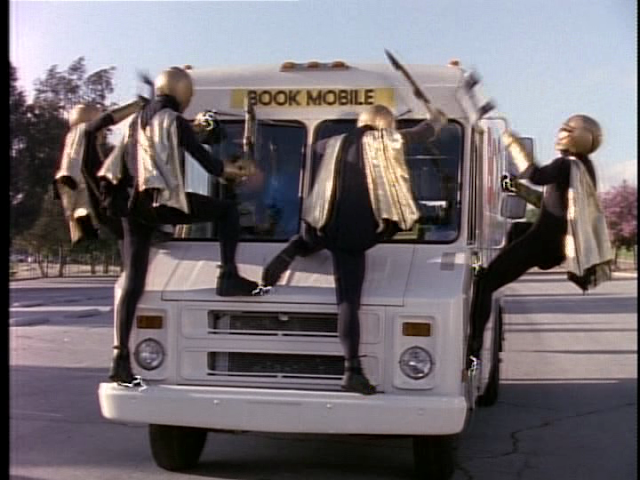 Ryan and Kaitlin fight off the army in their vehicles while J.B. engages the Robot-Of-The-Week: Eliminator. They never clearly explain that Eliminator has a scanner located around the torso that helps it predict J.B.'s actions. After several failed attempts to hurt Eliminator, Kaitlin arrives to help finish off Eliminator. 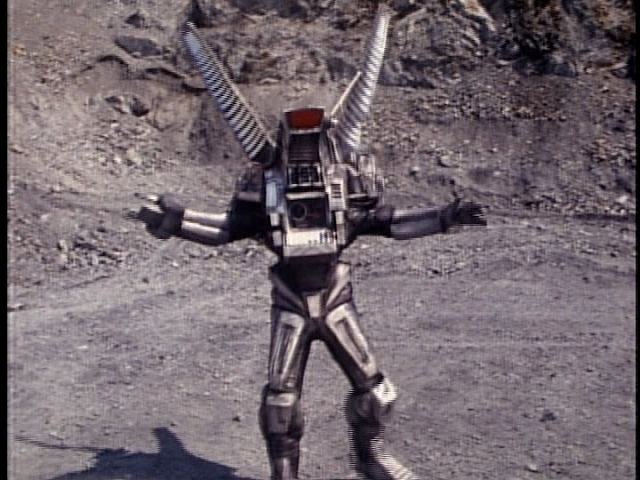 Ryan and J.B. win the tournament and give their winnings to J.B.'s dad so he can repair the van. Hugs are doled out and everybody is happy. THE END 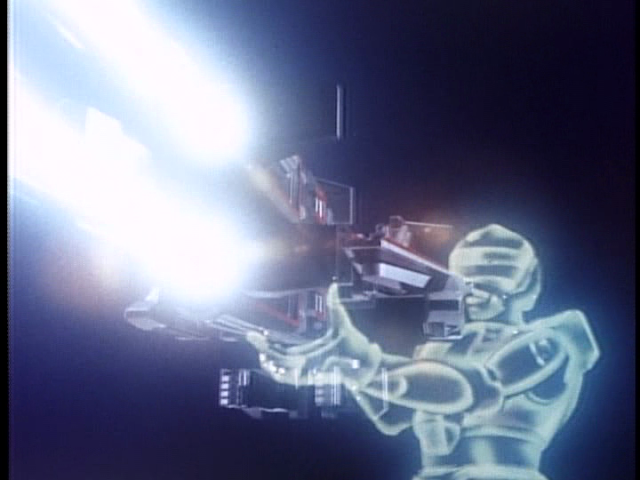 The VR Techno Bazooka in action.

Overall, this was a mindless episode. Ziktor does something that sounds evil but in practice is too difficult to resolve in a 30 minute program. Just the part about him trying to ruin the lives of the VR Troopers' family members should have been enough of an excuse for fighting the bad guy. Most of the episode was about the tournament and it was your standard Trooper wins a point, opponent win a point, Trooper wins the final point. It wasn't a bad episode though. The writing was average but the pacing and action scenes were good enough to make this a tolerable episode to watch. Easy to skip but not terrible.
Posted by Roy Kingston at 9:49 PM