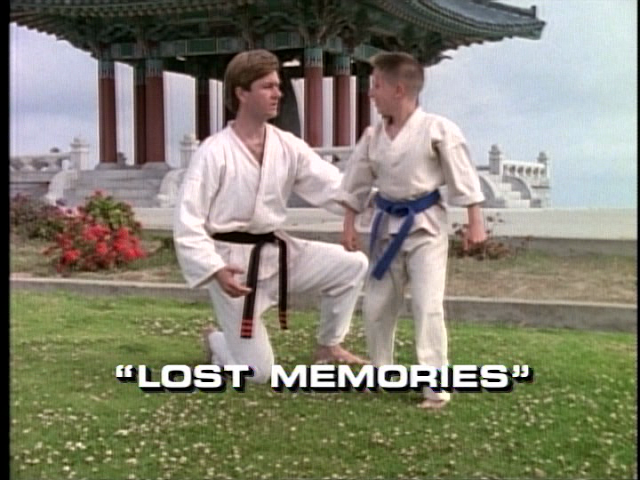 With an episode title as epic as lost memories, one can only begin to recall the painful memories of amnesia stories. Whether it's the trope of the bad guy hypnotizing the good guy and them getting their memory back in the nick of time or a person witnessing something so horrible that they try to forget and eventually come to terms they have to right the injustice, amnesia tales are always used for stalling plot progression.

For the VR Troopers, we get the treat of J.B., Kaitlin, and Ryan going out of their way to help a random old lady who doesn't remember who she is. Will the writers of the show be able to entertain us for 20 minutes on a wild goose chase? Only one way to find out. Click 'Read More' down below to get the full details.


Overall Opinion: Recommended. Skippable episode for those wanting lore or overall story progression. The amnesia plot was not written well due to mostly ignoring and quickly resolving the whole thing. Has some funny scenes and good pacing to redeem it.


The show starts with the Troopers performing some martial arts in front of students at the Tao Dojo. Master Tao begins to criticize them for using techniques not associated with Karate and is interrupted by Forgetful Old Lady. In a surprising twist not commonly seen in stories about people with Alzheimer's disease, Ryan and Kaitlin do practical things like call the police and hang up posters around town.

Carl Ziktor, the human form of Grim Lord, learns that the woman was someone evicted from her home when he issued her apartment to be torn down. Reminded of the public relation problems associated with potentially causing her amnesia, he sends his goons to get that gal. 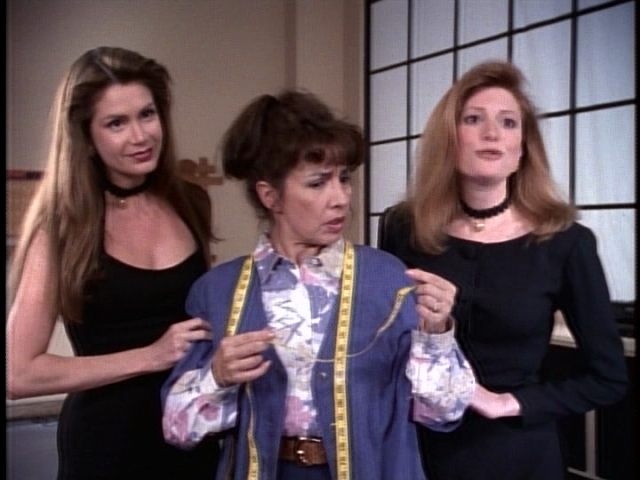 Just to be clear, if I was about to taken by ladies that fine, you should let me go.


Meanwhile at the VR Cave...Ryan meets with professor Hart about a new vehicle to help Ryan patrol the city and fight Grim Lord's minions. During the test ride, Grim Lord sends out two aerobots to destroy Ryan along with his main army to attack CrossWorld City (the city the story takes place). As they fought, Ryan's new vehicle is damaged and collides into the two aerobots. As per usual, some massive explosions are made and Hart queries Ryan if he is alright. No answer is given.

Professor Hart calls the rest of the VR Troopers to find Ryan at his last known location. For some reason, Ryan has a concussion and can't remember who he is. J.B. and Kaitlin bring him back to Hart's Lab for safekeeping while they head off to fight the robots that breached the virtual barrier between the realities. 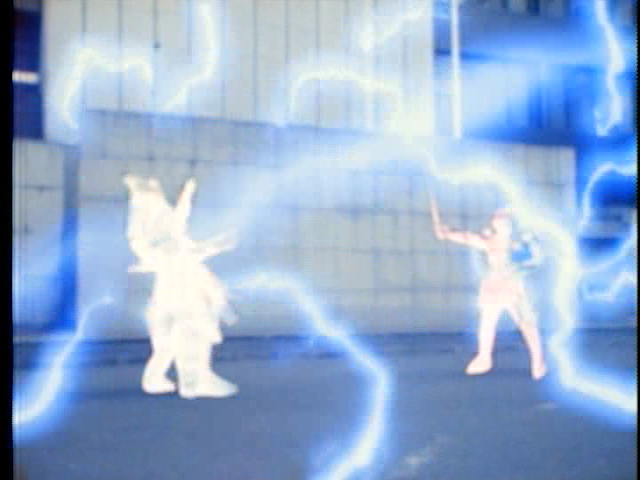 There can be only one J.B.


J.B. successfully defeats the invasion's general. Kaitlin does all the hard work and destroys the army by herself. Jeb, Ryan's talking dog, triggers Ryan's memories back to normal by trying to convince Ryan that Jeb saved him from Ziktor's henchmen. Forgetful Old Lady is reunited with her daughter and everybody is happy. THE END 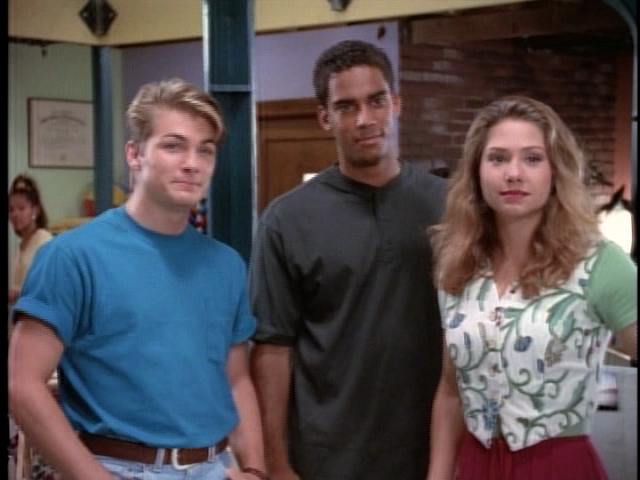 All in a day's work for the VR Trooper Detective Agency.


This episode was a mixed bag in regards to quality. There are a few joke scenes that don't match the serious tone of the episode like the Old Lady trying to get Master Tao's measurements during a Karate lecture for a belt she wanted to make. But then there was solid plot progression with the VR Troopers quickly trying to solve the Old Lady's memory problems and Ziktor establishing why he wants to attack the VR Troopers during this minor crisis. There are a lot of visual errors in this episode for those paying attention that make it fun to mock. Not a great episode, but it wasn't bad.
Posted by Roy Kingston at 8:59 PM