Last week, I reviewed Jurassic Park III, ultimately giving it a disappointingly low 4.5/10. This hurts because the Jurassic Park franchise has always held a special place in my heart.

My first and oldest passion has always been dinosaurs and paleontology and Jurassic Park did much to foster that affection. Among my earliest memories was watching the original Jurassic Park, so for me to say that the third film in this franchise is a disappointment hurts me a great deal.

I think that's why I needed to do a Building Better Backstories for Jurassic Park III. I thought long and hard about what changes would need to be made and, I hope that you guys enjoy what I came up with.

Kaitou Sentai Lupinranger VS Keisatsu Sentai Patranger Number 47: What I Can Do Right Now - Summary/Review 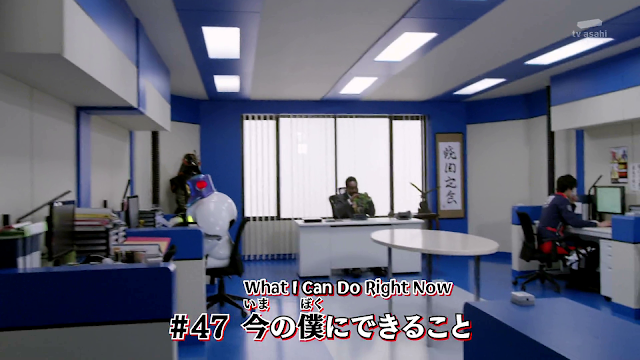 This could be it. The Lupinrangers identities are at risk and our game of cops and robbers may be coming to an end. The only thing standing in the way is Sakuya who refuses to give up on Kairi, Tooma, and Umika. What a guy. Click "read more" and let's see what happens.

Any Decent Games coming out within the next week? Maybe I can point a few out. 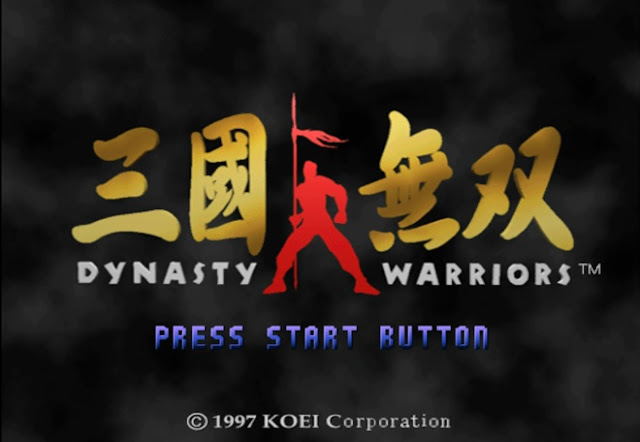 Well, time to start something new, a Dynasty Warriors Retrospective. I'm gonna review every main series game (plus Xtreme Ledgends) in order. Starting off, is the original Fighting Game on the original Playstation. This is easily the stand out title that isn't even considered part of the same series in Japan. Regardless, how about you click "read more" and we take a look at it.

Fusion-Fall Retro is a fan game that is a remake of a classic MMO-RPG that uses classic and modern cartoon network characters. The original game was made in 2009 and ended in 2013. It's fandom, while small, was very dedicated to the game. When the game closed, the community was heart broken, but because of some less than positive reception to recent updates, they understood why the game had to be closed. A small team had made retro to try to replicate the original game to a tee, but has recently added new items to the game from modern cartoons. Another game is in the making called legacy, but it is unknown what the plans are for the game. 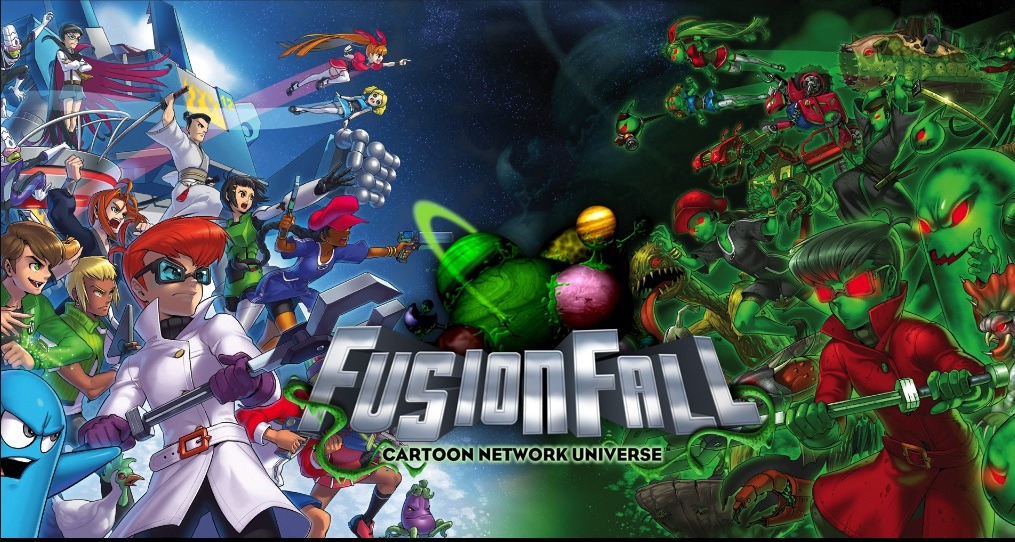 Read more »
Posted by octangle at 8:13 PM No comments: 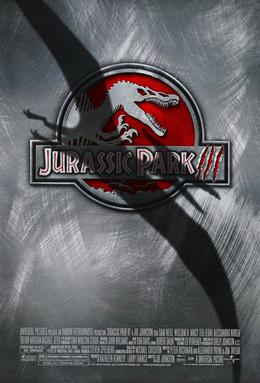 Upon the success of Jurassic Park, Director Joe Johnston expressed an interest to Steven Spielberg of directing a potential sequel. Though Spielberg already had intentions of directing The Lost World: Jurassic Park, he gave permission to Johnston to direct a third film, should such a film ever be produced. This understanding that he would not be able to direct the third film in the franchise pressured Spielberg to change the ending of The Lost World to include the T-Rex San Diego scene, which would have been the climax of the third film had Spielberg's initial plans gone through.

As a result, the third film was handed to Johnston with many of its best moments already utilized by previous films and a lack of novelization to base their ideas on, as Michael Crichton never wrote a third Jurassic Park novel. The result was a difficult pre-production as Johnston struggled with multiple writers to develop a proper script and story. With some scripts reading "like a really bad episode of Friends", the production almost immediately started on a rough patch. This resulted in a film that while a commercial success, drawing in nearly 369 million dollars with a 93 million dollar movie;  the film was critically mixed.

A sentiment I can't help but agree with, even with how much I love the Jurassic Park franchise and the nostalgic memories I have with this one in particular.

6 Times Power Rangers and Super Sentai Referenced Each other


This is a strange countdown but a topic I have a lot of fun with. Both shows are fully aware of each others existence (obviously) and here are a few moments that only fans of both shows would most likely pick up on. 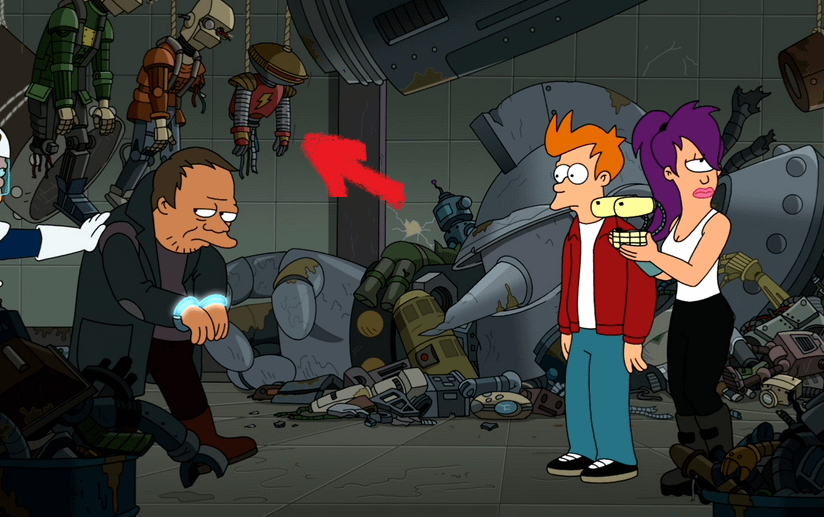 This is a silly little topic but one fans, including myself, have a lot of fun with. Both shows have been referenced so allow me to count down 8 of them that I have encountered in other shows and games. Why 8? Because there are so many references out there that I decided to limit to only ones that I personally came across as that makes them easier to comment on. If you want to see all of them, try this link.

Continuing on with another week. As always, 2-5 titles coming out within the time-frame in NA, no ports or DLC, only new titles or remakes/updates and they will be listed based on release date. Click "read more" to see if I can suggest any new games in the next week.

ChouSeiShin GranSazer Episode 4: Death! The Warrior of the Earth - Summary/Review 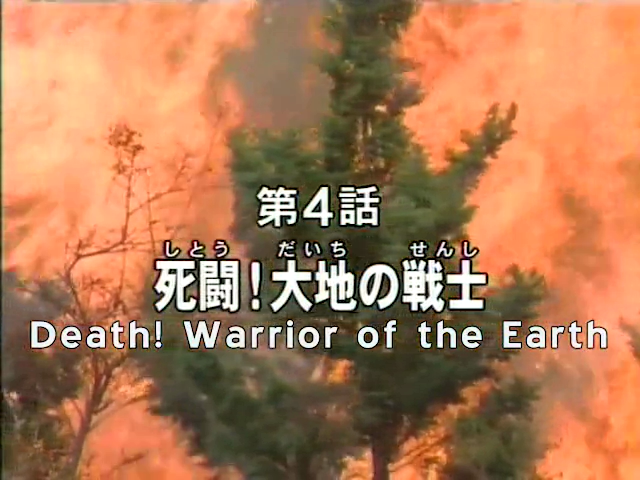 Back again with more clashing tribes. The Flame and Wind Tribe's had a brawl that ended in a draw. Now, looks like it is time to introduce the Earth Tribe. Click "read more" for the full coverage.

I have an admission to make and given what day it is, I felt like this was as good a time as any to admit this.

I am an unrepentant shipper and a hopeless romantic.

I absolutely adore romance stories in fiction and will actively seek out, or even construct relationships whole cloth, if I feel that the chemistry is present. And when it comes to fanfiction, romances make up the lion's share of my reading history. I just love the narrative depths and dramatic opportunities that romance, including both the pre- and post-start of a relationship.

That being said, I do have certain preferences and patterns with regards to my shipping tendencies. I adore slow burns and long-term chemistry, relishing in the characters enjoying their relationship beyond the first admissions.

But on the same note, I abhor many of the cliches that other shippers live for. So I thought that we could celebrate this Valentine's Day by taking a look at the fictional relationships that are either my favorite or have had the biggest impact on my preferences for romantic subplots in fiction. 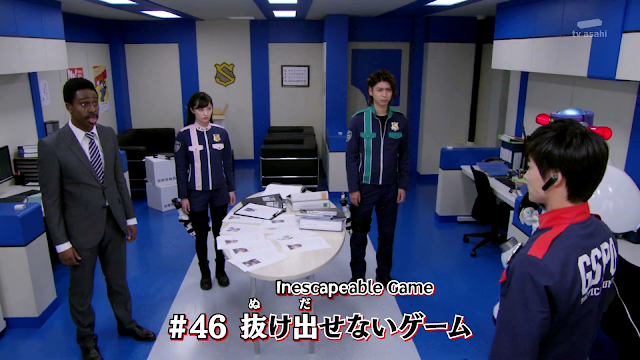 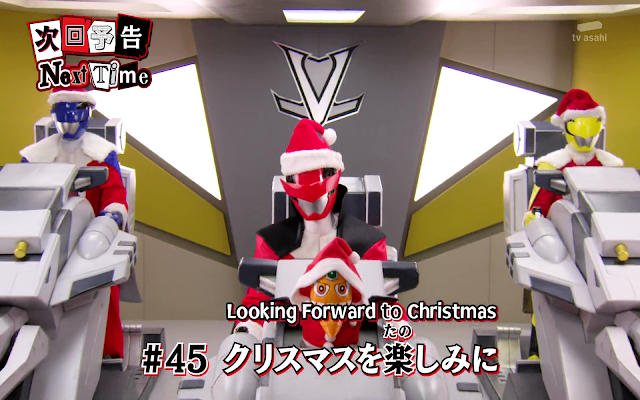 We are back in the final stretch of this season. Last episode was a big game changer, but this one appears to be a simple Christmas Special. If I had to guess, this will be the last filler of this season. So, click "read more" and let's get on with it.

Back again with more stand out upcoming titles. Again, 2-5 titles and only new games, not just new ports of games or add-ons unless they are full release updates or remakes. Also, games are listed by release date only. Let's see what this week has to offer. 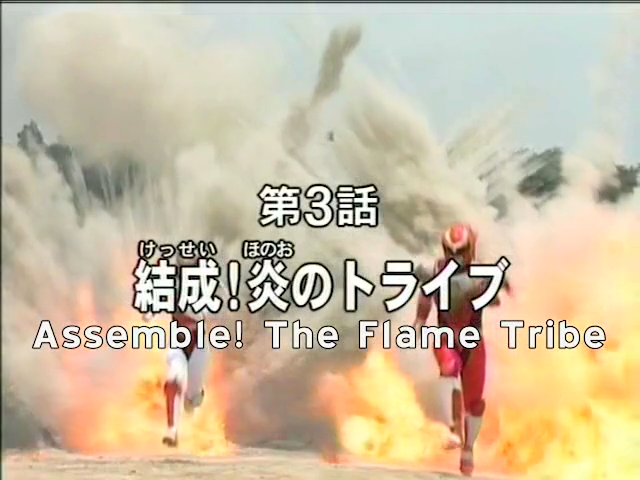 Let's keep the ball rolling with episode 3. Last time, the Wind Tribe gathered 3 GranSazer's and summoned their ChouSeiShin (Ultra Star God or their giant robot) and attacked the Flame Tribe. What will happen next? Click "read more" and let's find out. 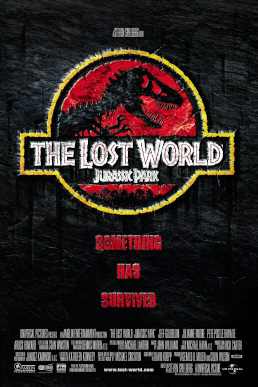 Back in October of 2019, I took a look at Steven Spielberg's 1993 classic Jurassic Park. Based on the bestselling novel by Michael Crichton, Jurassic Park is a monstrous success when it came out. With its incredible effects and beautiful integration of new technologies with masterful cinematography, cinema of the 90s was forever changed by Spielberg's dinosaur epic.

So naturally, talks were given about making a sequel. Thing is, Michael Crichton had never wrote Jurassic Park with plans of making a sequel, and the main character of this second film was effectively killed at the end of the first novel. But with the popularity of Jurassic Park on the rise, fans pressured Crichton to work on building a sequel to his bestselling book. That would result in the publication of The Lost World in 1995.

With the release of the book, Spielberg was given the green light to begin production of a sequel, which would be released in 1997. The Lost World: Jurassic Park is a very different film from its novelization. The film brought together much of the same production crew, including Director Steven Spielberg, who saw the project with the potential of creating a powerful new film franchise.

Did they succeed? Or is The Lost World: Jurassic Park doomed to spin the wheels of the franchise from the original, like so many other sequels?

It is happening within the next month, the 44th Super Sentai. First of all, it is nice to see that that rumors of Ryusoulger being the final season are untrue, but the actual status of Super Sentai is uncertain. But, I'm not here to talk about marketing, I'm here to give my quick take on this upcoming incarnation. So, click "here more" if you care to listen.

Welcome to a new experimental type of article. This is really simple, I'm gonna pick up to 5 stand out video game titles that are coming out within the next week and give my prediction/take on them. Ordered by release date and nothing else. One rule, has to be a new release, not just another console port or DLC for titles that are already out.  Hopefully something evolves from this, for now go ahead and click "read more" to give it a try. 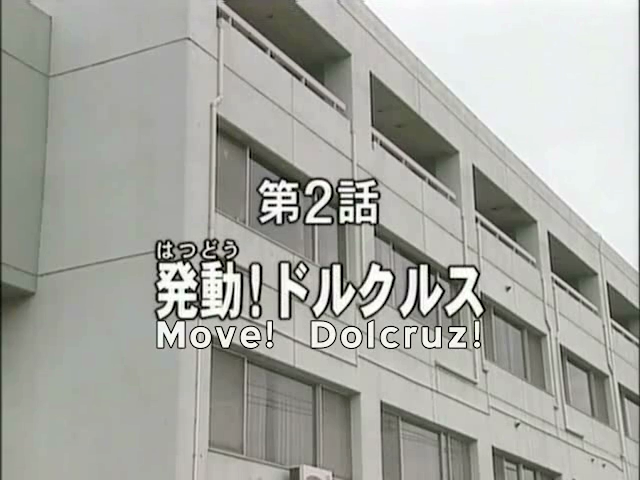 Back again for the second episode. Last episode ended with Tenma awakening as a Gransazer and becoming a fire warrior named Sazer Tarious while chasing after his captures. Now, click "read more" and let's pick up where we left off.

I still stand by my initial Steam review of this game:

“There is no storm of spears in this game, nor does the character on the banner art and title screen appear in the game anywhere.” 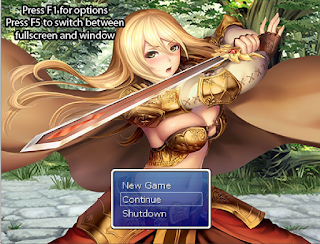 Mechanically, it’s a run of the mill RPG Maker game. Much of the graphical content is appears to be reused from other games. The text boxes that appear during in-game dialog is inescapably recognizable as RPG Maker style text.

In combat, player sprites can be seen attacking the enemy, which is a small detail, but its something not every RPG Maker game does. Another positive is that battles are initiated by colliding with sprites on a map screen much more akin to Chrono Trigger's encounter style rather than Dragon Warriors abrupt random battle style. 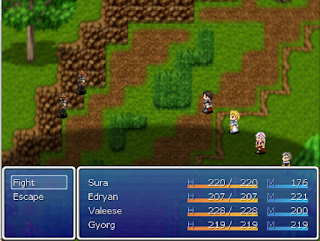 For those of you who are wondering, there is no...