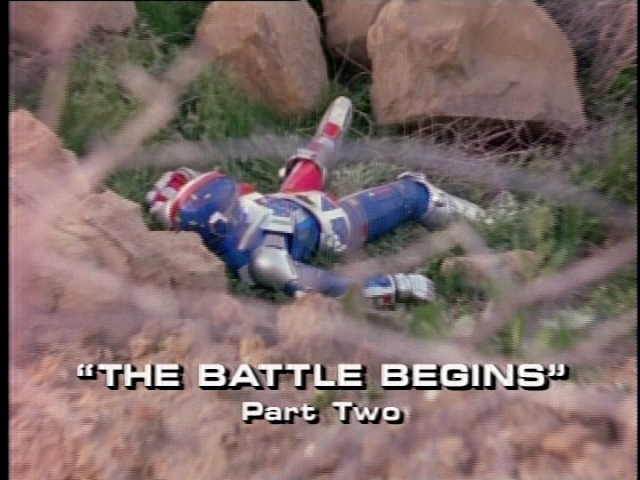 Hopefully your arms aren't sore from hanging onto last week's cliffhanger, because the battle is about to begin...or end...or begin...maybe? When we last left our heroes, Ryan Steele fell off a cliff during an intense battle with some swordsman monster. JB and Kaitlin are searching for Ryan's whereabouts and Grim Lord hasn't stopped cackling. Will the VR Troopers ever recover in time to save the day? Only one way to find out: It's time to click 'Read More' and see for yourselves.


Overall Opinion: Would recommend skipping this episode. Only vital info to learn is Jeb, their dog, can now talk thanks to the power of technobabble. The episode had a lot of scenes that didn't need to be included and even worse, a lot of footage was recycled from the first episode.

The opening scene starts off from the ending of Part 1. Ryan Steele, paralyzed inside his VR power armor, waits for what feels like a week for J.B. and Kaitlin to help him. During this time, Ryan continues to replay memories of being with his dad so there can be no confusion that he really misses him. After searching for nearly a week-okay, more like a day, but I wanted to reuse that joke as often as possible- J.B. and Kaitlin find and rescue Ryan. Ryan's power armor gets repaired and his dog, Jeb, jumps onto the repair station Ryan was resting at. The machine starts 'repairing' Jeb and for some reason they don't explain, Jeb can now talk in English. With that out of the way, the Troopers begin their mental battle of coming up with a plan to defeat Grim Lord. 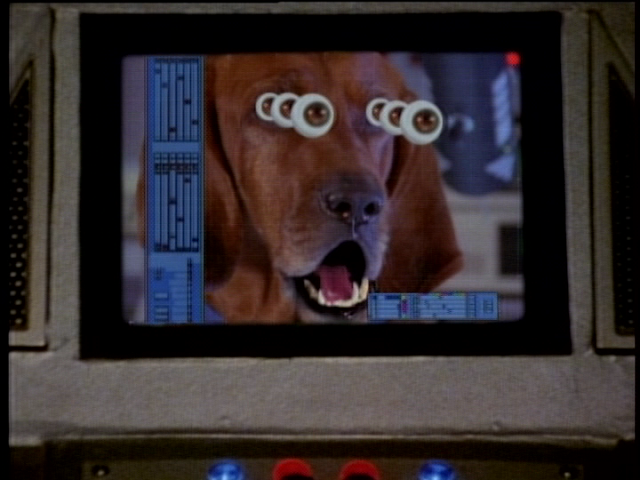 
Grim Lord prepares a second offensive to breach the Virtual Barrier. Kaitlin discovers Grim's hidden base after wandering aimlessly around the countryside for no particular reason. Even though Kaitlin was never caught or attacked, Grim Lord knows Kaitlin spotted them and rush to start the attack. Seeing how dire the situation is, Professor Horatio Hart, the engineer of the VR suits, presents Ryan with a VR Air Battle Cruiser to confront the enemy forces head on. J.B. and Kaitlin are then ordered to sneak into the base while Ryan distracts them so they can blow up the dimension portal established in the base. 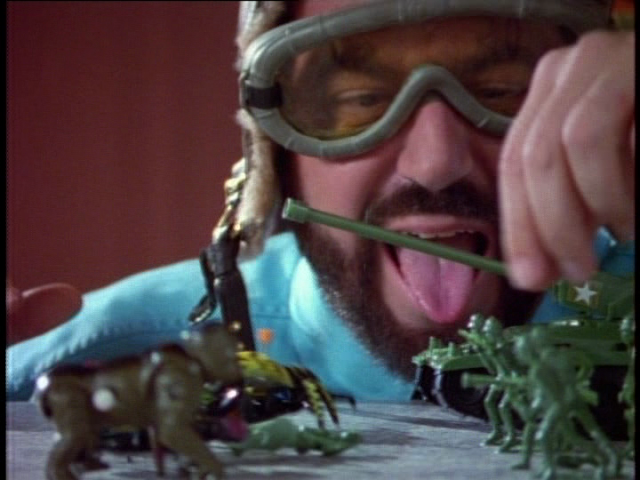 A faithful reenactment of the battle


A series of explosions occur and the base is blown up. Professor Hart tells the three troopers that while they won the battle, it is just the beginning of the war between them and Grim Lord. THE END.


Shouldn't this two-parter be called, "The War Begins"? This episode wasn't that great. Many rushed scenes happened during this one. For example, they introduce the name of six different monsters only to never use them. Even worse, they were already shown in part one. In fact, several action scenes were reused from part one. It was a lazy mess and more than 10 minutes of the episode should have been replaced with new material to flesh out the story.
Also, why didn't Ryan just transform out of his suit? Usually the suit disappears after taking enough damage or on command, but now a slight ding and Ryan is crippled until he dies? The lack of consistency makes me very concerned how the rest of the show is going to work out. Hopefully the episodes don't get dumber from here. 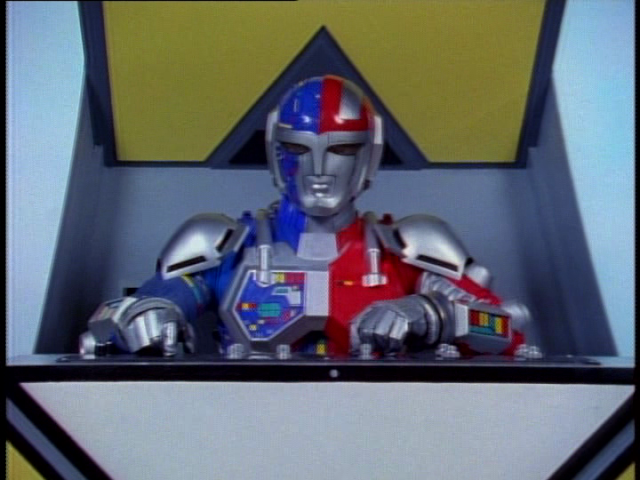 What I think I look like when writing up episode reviews
Posted by Roy Kingston at 11:19 AM