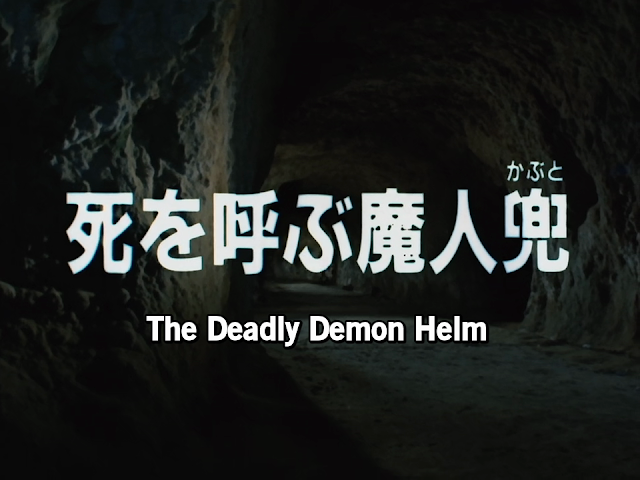 In episode four of Space Sheriff Gavan, the Makuu intercept an archeologist on the brink of discovering an ancient powerful relic, the Demon Helm. Known in legend as a magical helmet enabling the wearer to be invulnerable, it would make Gavan's fight against the Makuu a more difficult challenge if they got their hands on it. Click 'Read More' to find out what happens.


Overall Opinion: Skip it. No new lore and the story was poorly told. Several scenes are illogical, even for kid logic.


The episode begins with Professor Kaminaga, an archeologist, and his team of fellow diggers walking alongside a mountain. Using an alien artifact called the photo-compass, a set of three sparkly balls that spin on a pan until they rest to point towards the next location, they finally discover the tomb of the Demon Helm. Because the Makuu have nothing better to do with their time, they ambush the professor with Scorpion Monster and a few backup dancers for good measure. To show how serious they are, Scorpion Monster kills one of the diggers with his stinger. To the gangs' surprise, the professor and his team panic and attempt to escape. Only one escapes while the rest are trapped. Thankfully, the person that escaped took the photo-compass with them to prevent the Makuu from knowing the exact entrance of the tomb. The Makuu give chase. 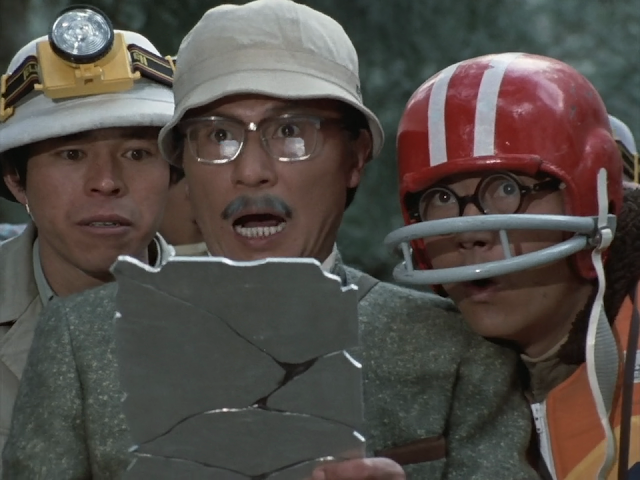 With a team like this, Professor Kaminaga is bound to find the Demon Helm.


Because no episode of Space Sheriff Gavan should have a lack of convenient coincidence, the digger that escaped ran to a nearby river where Gavan was hiking with the kids of the after-school club. The kids run away at the sight of Scorpion Monster and a short fight occurs with the Makuu being defeated. The digger warns Gavan that his friends and Professor Kaminaga are trapped in the cave with Makuu members and the photo-compass will direct him to the cave. Hunter Killer, Gavan's nemesis, concocts an evil plan to trick Gavan into giving them the photo-compass by having a doppelganger named Double Man dress up as Kaminaga and persuade Gavan to give the compass to Double Man. The plan works and as Gavan attempts to get the compass back, Scorpion Monster returns for a final fight. 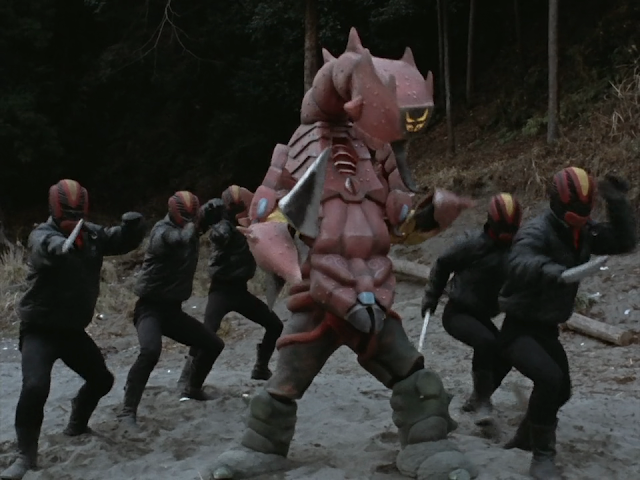 The eight-time world champions at synchronized losing return to see if they can win their ninth trophy this year.


Gavan beats the Scorpion Monster again. For reasons I don't understand, Double Man uses the time between the fight to activate the photo-compass and gets the Demon Helm. Looking pretty cool, he sets his eyes on Gavan for a showdown that should last for two episodes at a minimum. Gavan kills Double Man in less than a minute. Afterwards, Gavan attempts to explain the gap in logic by guessing the magic power in the helm had diminished over the course of five thousand years when it was buried. THE END


This episode wasn't good at all. The mystique of the Demon Helm was discussed for nearly 6 minutes of the 24 minute show, only to be a throwaway object. They introduce a new character that could have been an interesting reoccurring villain and killed him within the same episode. They even had a scene after Gavan fell off the mountainside during the trap and Mimi declares she saved his life by putting a wet hand towel over his head. It's riddled with plot holes and unforgivable plot holes, like the Makuu's inability to find the tomb while somehow keeping track of random professors. I advise reading this summary and having this report be enough to satisfy your curiosity. Such a waste of time. 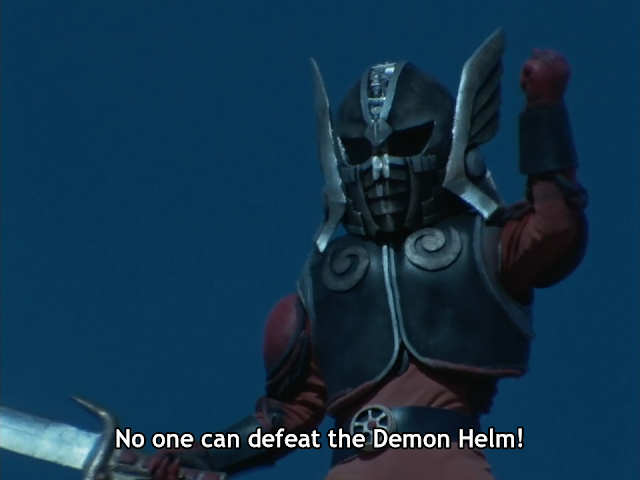