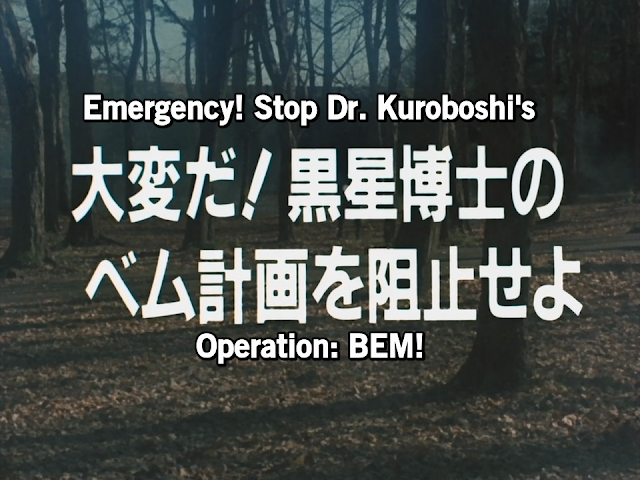 Welcome to another exciting Space Sheriff Gavan summary review! Regarded as the third episode in the show, Gavan embarks on an epic quest to save missing children while also looking cool at the same time. I really wish I could say more than that. Makuu steal kids, Gavan tries to rescue them, Gavan fights random monster not even remotely themed around the plot of the episode, the usual. But wait just a moment! Inside this episode is a revelation so huge that it can only be told in the 'Read More' section of this article. Be brave, fierce readers!


Overall Opinion: Would recommend watching. A pointless background story is mentioned for lore enthusiasts, so skip this one if you only care about plot progression. Otherwise, there are goofy moments that make this one fun to watch.

We begin this episode by focusing on the children of the after school club Gavan works at. Two of the kids are tasked with taking their mascot, Mei the mountain goat, out for a walk. During the stroll, an old man with a butterfly net creepily crept over to the kids and casted a level five creepy eyes of maximum creep towards them both. Distracted by one of the kids' dog barking at said creep, the old man shot a net from his butterfly net and made the goat disappear into the net without the kids noticing. Confused at how Mei suddenly went missing, the kids go to see Gavan so he can hopefully find her. 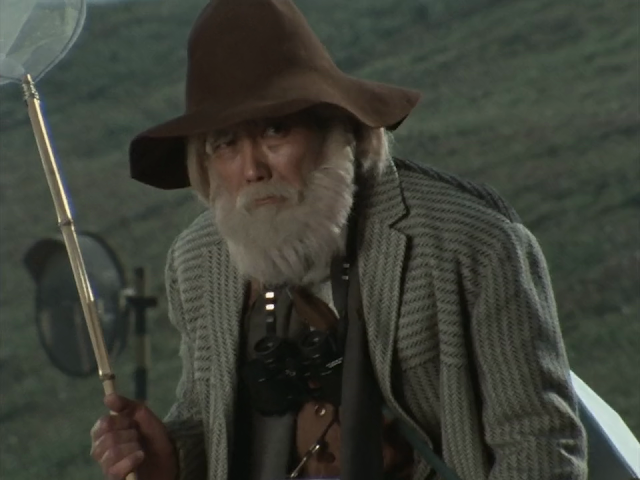 My creepy face is also my constipated face...and my curious face


The children meet up with Gavan and explain that Mei somehow ran off. One of them suggests the old man took the goat, even though that kid didn't see the man capture the goat. Knowing full well that an old man not offering little kids 'sleepy candy' while a goat has gone missing could only mean the Makuu are involved, Gavan gets in his Jeep and heads out to find that old man. Asking a local if they saw the old man, Gavan turned his sights to the Future Space Food Research Center for answers as to why they are housing a goat offender. 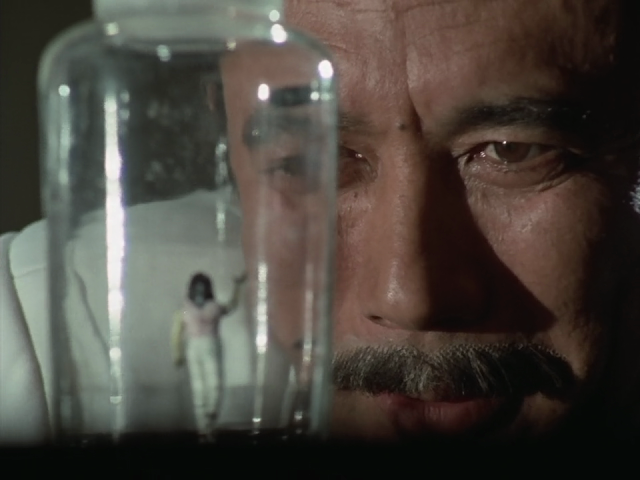 Besides goats, Kuroboshi is not above canning kids for future consumption


It turns out the old man wasn't having relationships with goats. The old man is actually Dr. Kuroboshi, an expert astro-biologist. His latest work is figuring out how to vacuum-seal animals for easy transportation into space. Kuroboshi demonstrates it by miniaturizing Mei the goat, then dumping her out of the mason jar where she grew back to normal size. If that ain't scary enough, Don Horror makes a guest appearance and orders Kuroboshi to start shrinking children to be taken off world. That is when Gavan arrives on cue. 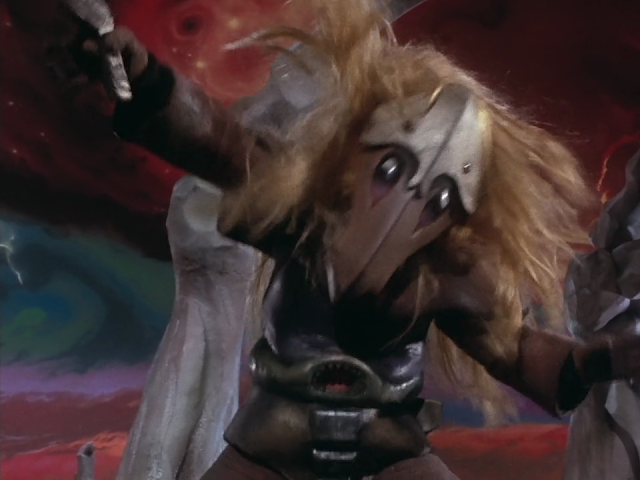 Do they even know what a condor looks like?


Gavan makes his way into the facility and gives Dr. Kuroboshi the grilling of a lifetime. After being outed as a Makuu-apologist, Kuroboshi transforms into a Makuu soldier and fights Gavan with a squad of gangsters. Soon after the fight, Condor Monster shows up for round 2. Some side commentary here: Condor Monster looks more like a horse than a condor. Why does a condor carry a whip and a halberd? back to the summary. Gavan beats that condor-horse thing into condor pot pie and we assume everyone sealed in their mason jars expand to normal and are a-ok. THE END

This was a weird episode. So far there is a pattern of the show assuming no one watches week to week while also assuming they watch every week. For example, they reiterate how Gavan transforms every episode yet assume people know that Hunter Killer is an ex-Space Sheriff who killed Gavan's father. The plot reveal I teased earlier is that Gavan's dad, Space Sheriff Voicer, was never confirmed dead and Commander Qom tells Gavan this information during the episode. It's plot information that isn't too important unless Gavan's dad shows up for something like a tag team fight. The climax was weak with nothing compelling done during the fighting. I suggest watching the first 15 minutes and then skipping to the next episode.
Posted by Roy Kingston at 1:48 PM