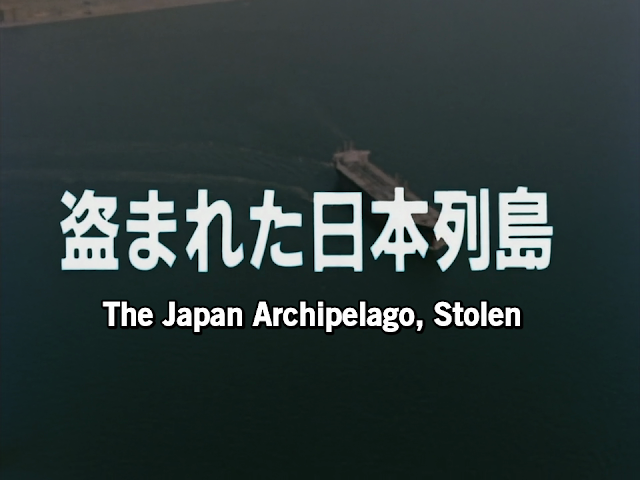 This week on Space Sheriff Gavan, the Makuu double down on being known as the baddest boy band in the galaxy. Their plan, if you choose to believe it is one, is to steal an oil tanker and detonate it above Tokyo if their demands aren't met. Will Japan cave to intergalactic demon pressure? Will Gavan finally ask Mimi out on a date? Will I actually start the review? Click 'Read More' to find out!


Overall Opinion: Would recommend watching. Nothing vital to the story, but had funny moments

In yet another series of twists, the Makuu reveal they have the ability to shape-shift into humans. They sneak on board an oil tanker titled the DaiNippon-Maru for the sole purpose of scaring the heck out of the captain. After chuckling for several minutes, the Makuu use a tractor beam and pull the tanker from the ocean. They then send a letter to the Prime Minister of Japan demanding he delivers 'a whole bunch of diamonds' via a rocket, where a terrorist group called Alpha will pick it up in space. If he doesn't, the oil tanker will be detonated above Tokyo, which isn't a good thing. 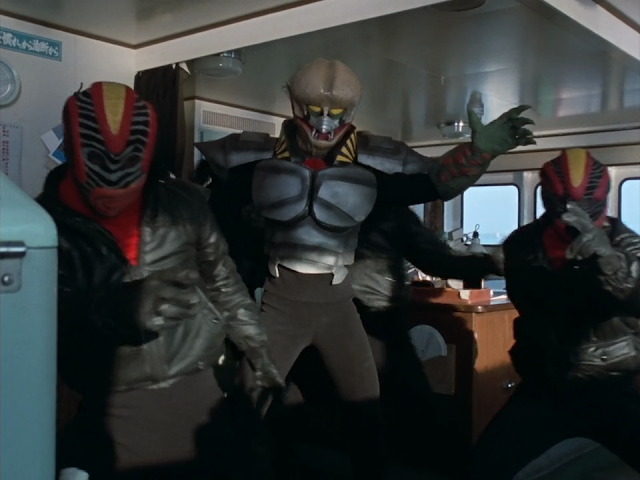 SURPRISE!
We got you so good...


Spoiler Alert: Japan caves. Feeling pleased with the Prime Minister's actions, Don Horror, the leader of Makuu, comes up with another evil plan only a true genius would think of...not honoring the deal they promised. Now, they demand the property rights of Mt. Fuji, Japan's most sacred large clumps of rock! 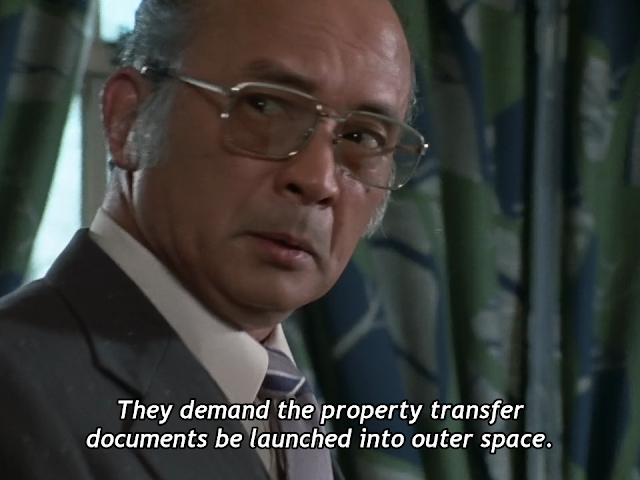 What? Do these 'terrorists' not understand that a sovereign nation can revoke property rights of territory within their borders whenever they want to?
Shhhhh...


Finally, Gavan springs into action after a rousing report of the situation from Mimi, his girlfriend/not girlfriend/sidekick/not sidekick. He trawls the islands of Japan to find another super secret Makuu base totally related to this episode. In order to not get caught while infiltrating the base, Gavan becomes the One Punch Man and knocks out dozens of Makuu gangsters before they can signal the alarm. Confident he successfully entered the base undetected, Gavan accidentally triggers the mother of all trap cards and evade several explosions before a massive boulder is dropped right behind him for a chase scene. 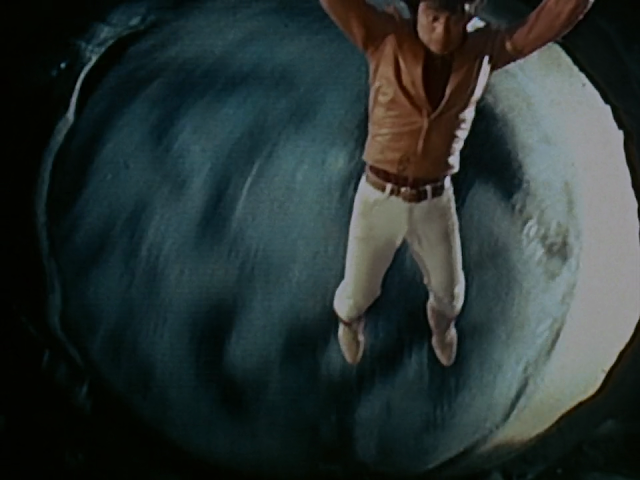 Out of nowhere, the Monster Of The Week shows up to fight Gavan. They don't even bother addressing the name of the monster, but the liner notes declare this Toad Sea Lion hybrid is called Toad Monster. They have a really long fight scene where Gavan plays beachball with the Toad Monster's body, because as you all know, bloated belly equals the ability to roll into a ball. The monster is defeated with his Mecha, Electronic Space Dragon Dol, and none of us need to worry about the oil tanker since the episode is obviously over... 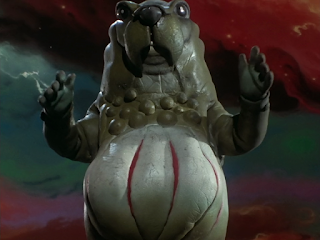 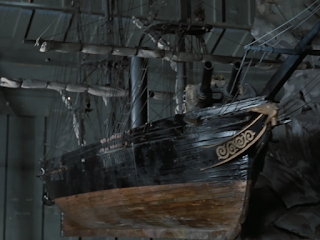 
Having been humiliated by Gavan, the Makuu launch the oil tanker at Tokyo. For reasons I cannot begin to explain, they retrofitted the tanker with cannons and rocket thrusters. Regardless of the reason it needed to look like a 16th century pirate warship, it looks pretty cool. Gavan's Space Dragon Mecha saves the day by throwing the ship into space before blowing it up with lasers. The End.

Overall, I would recommend watching this episode. The progression of the scenes felt natural during the first 12 minutes. When the Monster Of The Week had to get shoved into the story, the excitement slowed down to a crawl with nearly a full minute of Gavan kicking the monster while it was in it's ball form. Then another 3 minutes was spent making it grow into a Super Beast so Dol could perform some attacks in it's mecha glory. The oil tanker was barely used in the episode and it should have had at least a fight scene on it. While not a super amazing episode, it would be a good example to show people who wanted to know about the series.
Posted by Roy Kingston at 4:15 PM