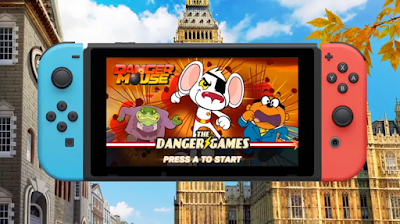 If you are anything like me then you'll be a person in their late 20's - early 30's that grew up on cartoons.  One of those cartoons may have been Danger Mouse, which also has a pretty decent reboot series as well... And yup, we ended up getting a game based off of this series.  I really wasn't expecting Danger Mouse to get a game outside of the NES and retro PC era of gaming and I certainly wasn't expecting it to be released for the Nintendo Switch.  I was certainly excited to see this game on the Nintendo eShop, so excited that I bought this game without hesitation...  And boy, I sure regret this decision as this game isn't very good.  (Click on "Read More" just to read how much of a mess, Danger Mouse: Danger Games truly is). 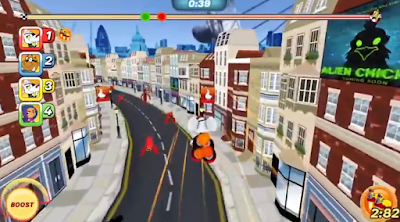 What kind of story would you expect from a Danger Mouse game?  Do you need to go undercover?  Do you need to stop crime?  How about this game not having a story at all?  Yup, there's no story to this game whatsoever and for a game based on an action packed classic cartoon, I am disappointed. 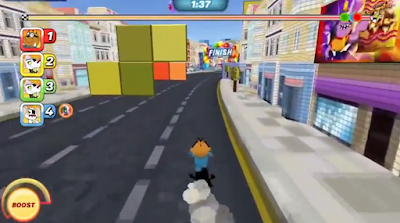 What's more disappointing than not having a story? Try having weak gameplay.  Gameplay in this one has the characters from the Danger Mouse series running in races with courses full of obstacles.  Okay, that doesn't sound that bad and I have to admit that the controls and system is very responsive and playable but the levels themselves are very bland and boring.  There's not much variety between the stages, the only real differences is that they have different mini-games and most of them require button mashing to beat, the experience becomes dull and repetitive very quickly.  This game does try to throw in a replay value bone, you can unlock characters and items to use in races but the grind to unlock every thing is a tough one to handle...  Although, you do unlock Count Duckula, I'm happy that he is in the game.


What hurts the gameplay more is the lack of single player... Okay, offline single player as there is a single player but you'll have to be constantly online waiting for opponents to race before you can have a single player race.  You do have offline multiplayer and it is a good thing that the Switch controller can be used as two controllers from the get go, even still, good luck on finding someone that wants to suffer with you, playing this game.  There are a decent amount of missions in this game and these missions will unlock currency to upgrade your characters and items but what I find insulting is that this game has micro-transactions, so you can buy in-game currency.  The micro-transactions are pointless anyway, you can just get the currency you need by completing races. 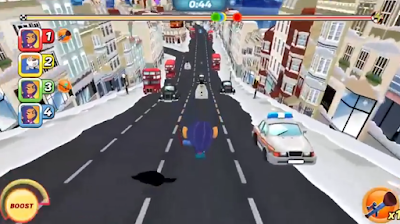 The graphics are very clean and colorful but the detailing looks like a mid-tier Gamecube game with emotionless characters with flat faces.  There are points where the graphics will make you cringe as there are parts where you can see the backgrounds separated from the play-field, leaving huge tears in the stages.  If you also jump high enough (which is rare), you will see that this game has a terrible draw distance but this is also cleverly covered up by having tall buildings in the background. 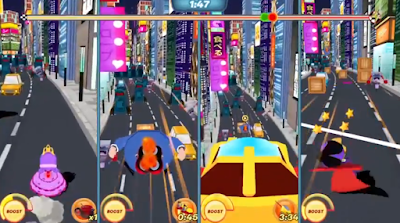 The soundtrack is dull and generic but I did like the voice clips from the characters...  Well, for a little bit as they get so repetitive, you'll get sick of them and will just wind up putting the game on mute.  How repetitive are they? Well, you'll hear the same voice samples up to ten times per race!  Yeah, it gets bad. 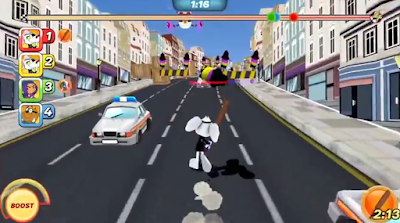 Overall, this game is terrible!  A cheap cash in that will hurt your childhood and will make you say, "Why, Danger Mouse? WHY?".  Danger Mouse: Danger Games gets a poor score of 3 out of 10... Oh, Crumb!