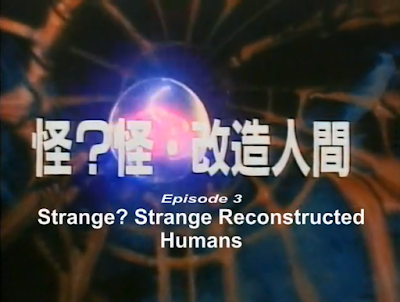 Last time on the Kamen Rider Black Summary and Review, Kaiser Sensei found himself in a pit of disappointment as the Mutant Party was none other than a cheap clip show.  Will the show start to take back pole position? Or will it be another crash and burn? Find out as Kaiser Sensei summarizes and reviews the third episode of Kamen Rider Black titled: Strange?  Strange Reconstructed Humans.  Well, this episode does sound promising... Then again, so did The Mutant Party. (Click on "Read More" to read the full review.  I double dare you). 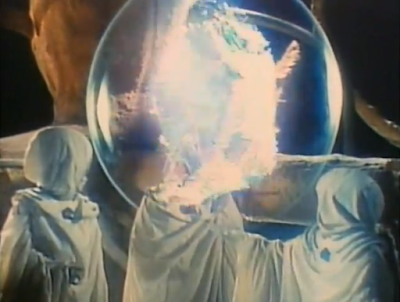 This episode opens up with the Golgum watching over Nobuhiko (Kotaro's Brother) whom is in a cocoon-like incubator and being slowly reborn as another Kamen Rider.  This scene is where we also get a nice taste of what's the Golgum's end game is, it turns out that they want to live for 50,000 years and destroy all of humanity... Which is kind of pointless to me as why live for 50,000 if there's nothing there to conquer?.. Anyway, getting distracted again.  The Golgum also have a grand plan to draw out Kamen Rider, so they can kill him... I have a feeling that I'll be saying that line in many more reviews to come (which isn't necessary a bad thing).  The way they want to do that in this episode is with a Giant Moth Monster (NO! Not Mothra!), using it to bring chaos all across the city and trap humans in cocoons to make a huge sculpture out of them.

Moth Monster's first attack is on a train that's going though a tunnel and his plan is mostly successful.  Kotaro also happens to be in the area and investigates the aftermath and finds a lost boy in the cave and the boy describes how the Moth Monster had taken his mother.  Kotaro takes the boy to a safe spot and then sees something terrible on the TV, the Moth Monster flying into space and stealing a satellite.  Kotaro then begins to do more investigation to where he finds people wrapped in Moth Silk and hanging from bridges.  Kotaro does end up saving them, then while following the trail even more he then finds a creepy cave and finds himself ambushed by the Moth Monster and a member of Golgum.  Kotaro must transform into Kamen Rider and fight for his and everyone else's life. 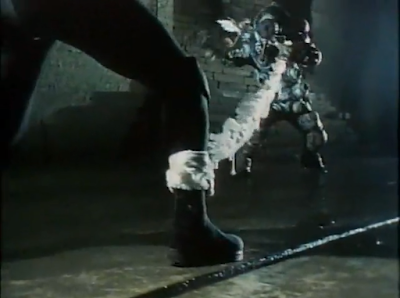 Yeah, the honeymoon is now officially over, now we are onto the monster of the week theme.  Am I complaining about this?  No!  Not at all as this is one of the things I came wanting to see with this series.  Story in this episode did a good job at creating a very intense situation, where you want to see the hero save the day.  The one-off characters introduced in this episode were also used well, they didn't come off as annoying which is a good thing as you do get a lot of annoying one-off characters in these kinds of shows.

I did also like that this episode did give more character development and depth to the bad guys and makes me more invested into the show.  Other than that, this episode was mainly a stand alone story which isn't bad.  I'm really enjoying some of the stand alone stuff as well as the continuing story arc as it adds something new to get excited about with each episode.  Still, there wasn't much to the stand alone story for this episode but it was paced really well and used a good mixture of dialogue and action to depict it. 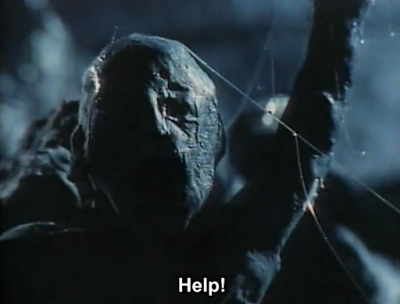 Speaking of action, the dark layer of the first episode returns as what the victims of the Moth Monster are put though in this episode is scary, intense, and quite violent.  The fight scenes in this episode are sadly the weakest point of this episode but they are still far from being terrible.  There was just nothing much special going on... Or nothing much in general but it does have some of the more brutal moves in this series so far and seeing Kamen Rider knee the Moth Monster in the gut, followed by a bone cracking sound is very painful to see and hear.

The costume design for the Moth Monster is pretty creepy and disturbing and will drive anyone that fears moths to run out their rooms screaming.  The string shot/silk attack does look quite cheap though, it is just cotton sheets and doesn't look threatening at all for the most part.  There were some parts where this attack did look threatening such as when it was used to hang people and when it is seen around fully hardened bodies, it will shock and disturb you. 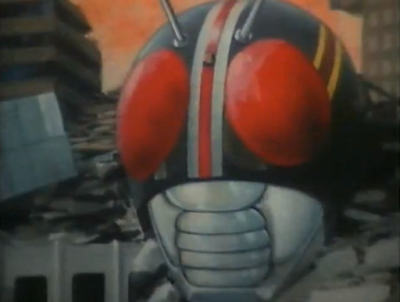 Overall, Episode Three is a basic episode but it is worth checking out at least once and gives me hope in the series once more.  I do wonder what crazy and thrilling adventures are yet to come with this series.  I'm giving this episode a decent score of 7.2 out of 10.
Posted by Retrokaiser at 6:18 AM