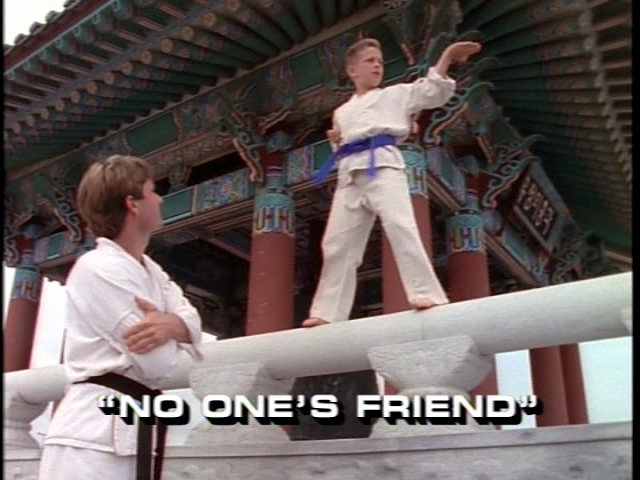 It seems like every episode of VR Troopers is an incursion into insanity. SOMEHOW, Carl Ziktor figures out how to mind control anyone who makes contact with a special Skug. His first victims of this scheme are J.B. and Kaitlin. How are they going to botch this episode? The world will never know...until you watch it or at least read the summary.


Overall Opinion: NOT EVEN AGAINST MY ENEMIES! Besides the obvious of Grimlord getting absurdly awesome powers that should have ended the Troopers, they added another gag relief that is a walking cringe-bomb instead of being funny to see. There is a hilarious moment I'll post in the screenshots, but other than that, it's really bad.

The episode starts with Ryan Steele demonstrating some effective 'stranger danger' techniques in front of the Underground Voice news station. 'Tao's Dojo' is offering a free lesson to encourage people around town to try their services, hosted by J.B. and Ryan. Being one to not pass up anything free, Carl Ziktor takes this time to enact an up close and evil plan. One of his Skugs will be disguised as a human and punch J.B. plus Kaitlin with an energy beam that will force the two to attack Ryan on sight.

Guess what happens next? The Skug does it and J.B.+Kaitlin now hate Ryan and attack him. 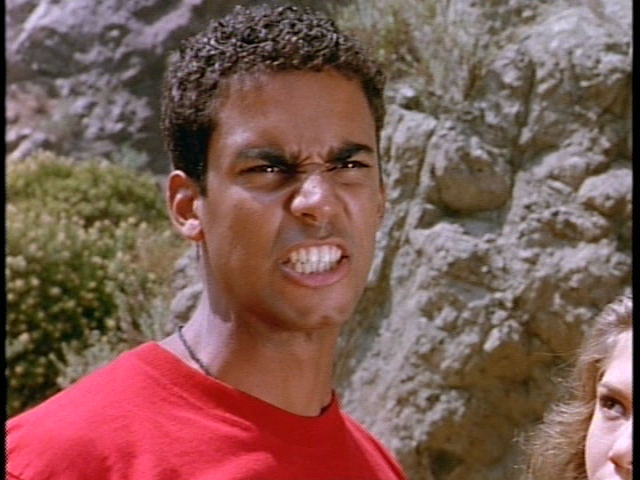 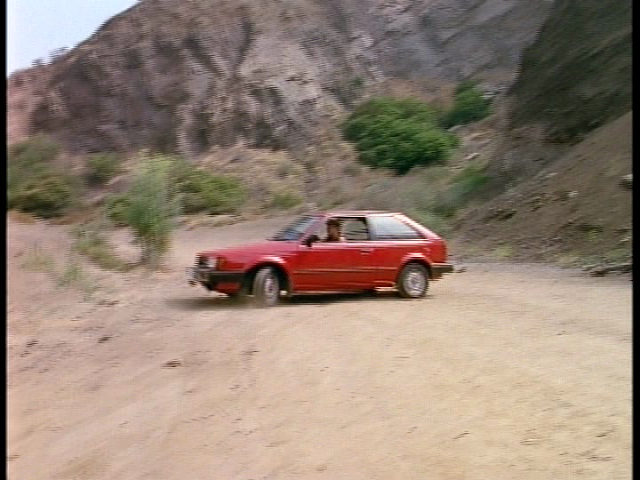 About 30 seconds later, Ryan successfully starts up his car and takes off...while J.B. and Kaitlin angrily stare at Ryan. 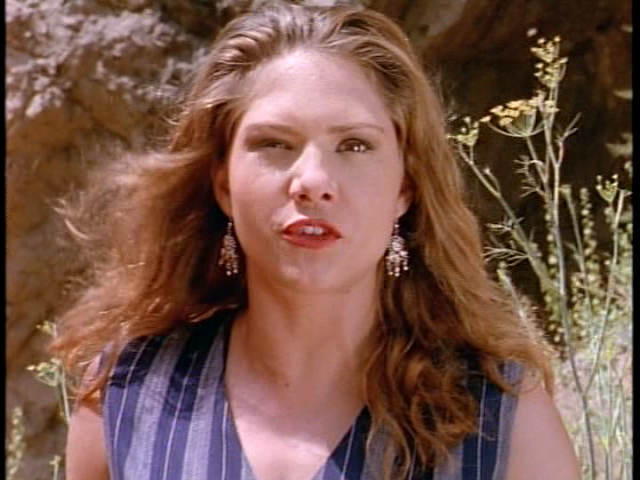 
I'm sorry guys, I need a moment....okay, let's continue this. It turns out, a robot called PolarBot (short for polarity robot) is the one causing J.B. and Kaitlin to change...wait for it...their mental polarity towards Ryan. Ryan retreats to Professor Hart's laboratory and with some quick thinking, sets up an energy field to entrap J.B. and Kaitlin.

With the entire premise of the episode out of the way, Ryan seeks out PolarBot, performs his spiraling punch finisher, and returns the two back to normal.

Oh, and that gag relief shows up for a second time to do some mock Karate. Everyone laughs at him for being awkward. His name is Percival and I guess that is important to mention because he'll probably show up in future episodes to ruin the show. 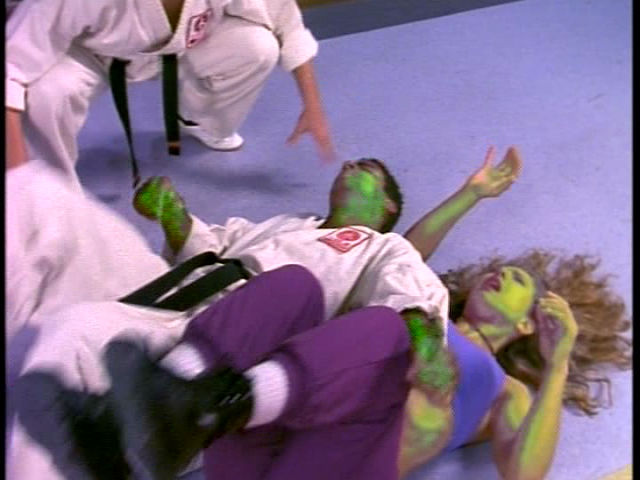 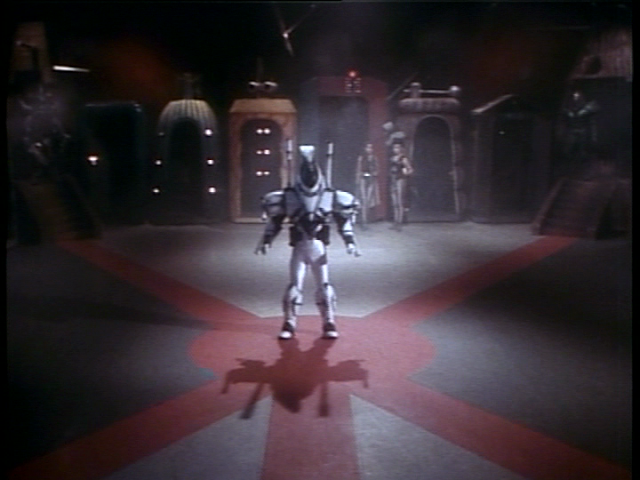 PolarBot with some virtual babes behind it. 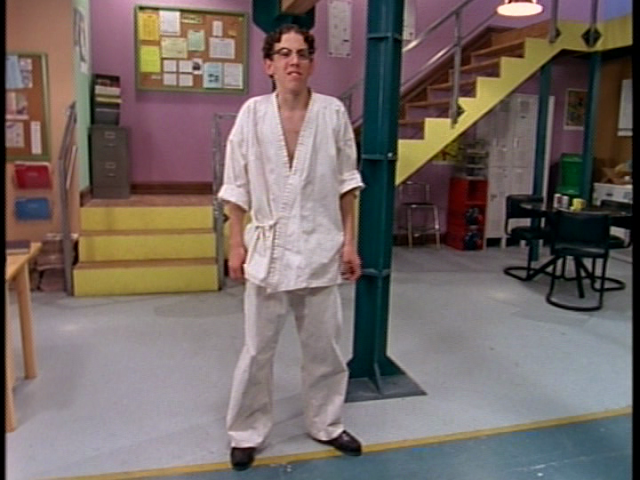 
The show perfectly followed their routine in making an episode awful. Introduce a clever threat by the villain, figure out a way to negate the threat, then have a fight scene to fill out the remaining time. It is so strange to have such a powerful ability that is easy to infect people with and yet make it even easier to stop by having the source available to be destroyed. It is almost as if Ziktor self sabotages himself every time instead of making the VR Troopers work for it. Why not hit Ryan with the power as well? Ziktor, you already got two of them, how hard is it to get him tomorrow during lunch or something?

Anyways, I think you get the point. The pacing was slow and the consequences of the plot were irrelevant, making this a dud of an episode. Not even the combat was good. It was simply terrible.
Posted by Roy Kingston at 11:20 PM