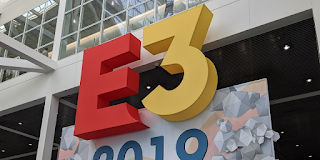 Phone numbers and addresses were accidentally made available on the E3 Expo's website with a simple link. 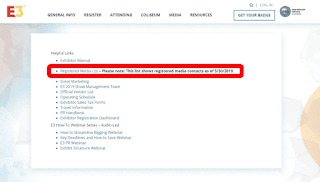 The Entertainment Software Association, also known as ESA and as the organization that runs E3, accidentally released a spreadsheet that contained personal information of over 2,000 games journalists, YouTubers, analysts, and streamers that attended the annual event earlier this year. According to journalist Sophia Narwitz in a YouTube video regarding this awful mishap, this error could be accessed by simply clicking a link called Registered Media List. When this link was accessed, a spreadsheet was downloaded that included names, addresses, and phone numbers of over 2,000 attendees of E3.

The link is down at the time of reporting but the spreadsheet is still making its rounds across the web in numerous internet forums. Also according to a Kotaku article updated yesterday, the ESA emailed a notice to people who attended the E3 convention in 2004 and 2006, stating that media contact lists from those years were archived on a third-party internet archive site but are now in the works of being removed or are removed. It is unknown what impact this may have had.
Posted by FenrisTheRogue at 2:01 AM