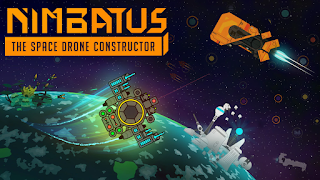 Did you ever watch that show where people build robots and have them fight each other? Today’s game “Nimbatus: The Space Drone Constructor” is like a single player version of that show …. “IN SPACE!”


Nimbatus allows the player to build and test a drone in a sandbox environment by adding things like engines, fuel cells, and guns onto a “drone core”. Each component can be bound to a keyboard key, so if you want the “A” key to make your ship turn left, you better bind all the right wing engines to that “A” key. 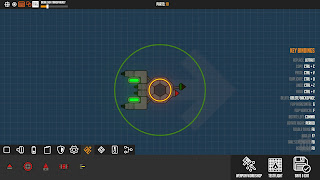 Needless to say building a drone which functions properly takes some experimentation.

Once your drone is built, there is a number of games available. There is a racing mode, a sumo shoving match game, and a story driven campaign with a galaxy exploration map. Ultimately the core gameplay boils down to building a drone to solve a task, or be the best at it.

Achievements are not supported at this point. It seems a little weird that the game doesn’t even have easy achievements or grinding achievements, but I have never been much of an achievement hunter, so I didn’t really mind. The game is currently in early access, so these could be added later.

It does, however, support the Steam Workshop where custom built drones can be downloaded. Browsing the workshop feels a lot like walking through a science fair. It’s really cool to look at the other projects and see what people have come up with, but I’m not really seeing anything that would extend the overall game play like a traditional mod would. 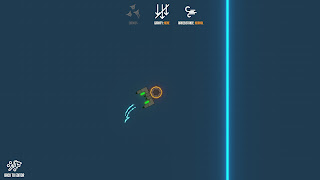 As for the graphics, I’m going to come out and say it. The drones look bad. The parts are bland looking colored shapes which come together to make a giant cluster of bland colored shapes.

If you played “The Incredible Machine” as a kid, you might really like Nimbatus. It’s quirky, easy to get into, and piloting a well made drone feels very rewarding. However, I have to say it. 20 bucks is a lot of cash for what you get at this point.

Nimbatus is a fun game with plenty of room for creativity. It doesn’t quite have the infinite adventures Fatal Labyrinth has, but it’s easily the best indie Steam game I have reviewed for Emerald Rangers so far.