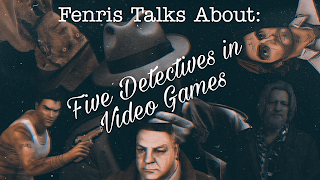 In today's article, we look at some of gaming's interesting and unique long arms of the law. Get your trenchcoat and cigarettes.

If you're anything like me, you probably enjoy a good crime drama or two. I'm a huuuuge fan of the television series Law and Order and all it's numerous spin-offs. But today, we are covering some of the many detectives (or cops) in gaming... Be they good or bad.

Note: This list will contain some spoilers for the backstories of the characters listed within this article. Just a warning. 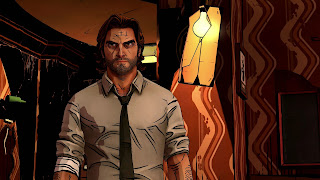 1. Bigby Wolf- The Wolf Among Us

Bigby Wolf, the protagonist of the comic book series Fables and the fantastic Telltale series The Wolf Among Us. To quote his wiki article: "As the sheriff of Fable, he has the duty of protecting the Fables from the mundies (mundies are normal humans in the Fables/Wolf Among Us universe) as well as themselves. Many facets of Bigby's personality and some of his tactics are determined by the player's dialogue, choices and actions. He is based on the Big Bad Wolf that appears in fairy tales such as Little Red Riding Hood, Three Little Pigs, and Peter and the Wolf."

In the TWAU, Bigby is a mostly clean slate for the player to impose whatever choices they see fit. But he does in fact have a rich background (which is too much to list here, seriously, go play the game) and an overarching character to him. His rough past of being the villain in many stories, Bigby just wants to redeem himself in the eyes of the people. It's up to the player if he succeeds or not. 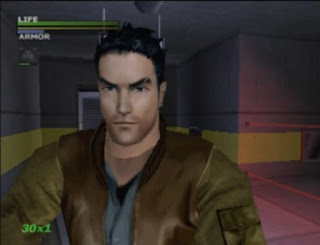 Jack is probably forgotten by most gamers today, as he was last seen in the game Dead to Rights: Retribution in 2010. However, I'm going to focus on the first two games and the original incarnation of him and not the rebooted one in Retribution. To quote his wiki: "Jack is introduced taking a shots fired call at a construction site. Fighting his way through murderous union workers, he finds the body of his father, Frank. Blinded by anger, he sets out to seek revenge, only to be framed for murder himself and sentenced to death. Once he escapes from prison, he reembarks on his quest to bring his father's killer to justice and discovers a billion-dollar scheme involving Grant City's criminal underworld, his former colleagues in the police department, and the mayor of Grant City himself. Navigating a seemingly endless trail of deceit, betrayal, and corruption, Jack finally finds the people responsible for his father's murder and brings them to justice."

Jack as a character is rather angsty and wisecracky in the first game in the series, toned down for the sequel/prequel Dead to Rights II. However, his personality is completely changed in the Retribution reboot and he comes off as gruff in nature and violent. However, overall, Jack is portrayed as a good cop underneath his tough exterior and will do what's right, no matter the cost. 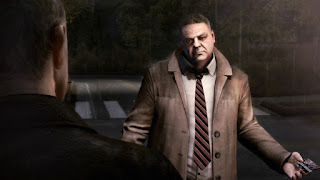 Scott Shelby is one of the four playable characters in Quantic Dream's Heavy Rain. An ex marine and police lieutenant, he worked as a private investigator since his retirement from the force. His goal is to find out who the Origami Killer is... Or so we are lead to believe for most of the game. Due to the traumatic childhood event of watching his brother die and his father uncaring enough to stop it, Shelby becomes obsessed with finding a father who would actually save his son. This results in him capturing children and forcing their fathers to go through extreme means to save their children. 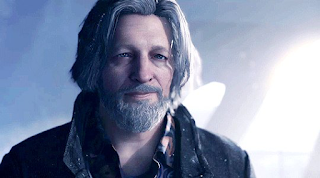 Hank is a broken man and an alcoholic detective with nothing to lose. Shaken and broken from the loss of his son Cole, Hank lives his life in a state of a drunken stupor and with a chip on his shoulder for androids, believing they are the primary cause of his son's demise. In DBH, he is tasked with investigating cases involving deviant androids and is partnered up with Connor, a RK800 model android sent by Cyberlife to help him with his investigation. 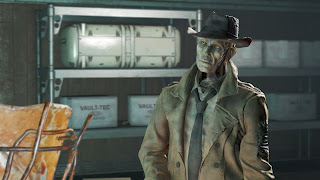 The original Nick Valentine was a prewar detective that got his brain scanned at C.I.T while they treated him for PTSD after Operation Winter's End and after the death of his fiance at the hands of Eddie Winter. The Institute got their hands on Nick's memories and placed them in one of two prototype synth models, the other ending up being DiMA, Nick's "brother", who was an experiment if synths could develop their own personality. Nick is snarky and a wise cracker, smart as a tack to boot considering he has quotes from several famous authors as random lines he'll say during certain missions or certain things the player character does.
Posted by FenrisTheRogue at 12:26 PM