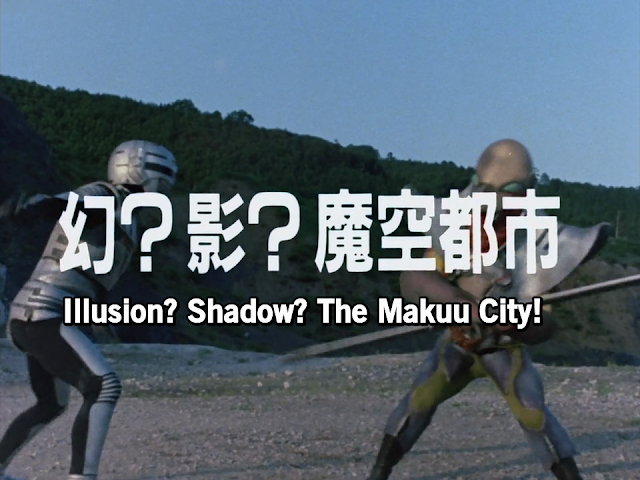 In honor of the 26,000th anniversary Beast Empire was founded, Don Horror decides the perfect gift to celebrate the event is a sacrifice. Not just any would do. It needs to be someone special, like perhaps Gavan. Will the Makuu finally get off their butts and actually try to kill Gavan this time? Click 'read more' to find out (Answer is likely no.)


Overall Opinion: I can't even words. It is a very lazy transition to a dream world that is never explained and somehow Gavan wins. 16 minutes out of the 21 minute episode was fighting. The problem was that it was so nonsensical that it wasn't that great to watch the fighting.

We start the episode with all the Makuu dancing around Don Horror. They are celebrating the 26,000th anniversary of the Beast Empire. During their drunken stupor, Hunter Killer suggests they should honor the event by killing Gavan. Because you readers know, they really needed a reason to kill an opponent that has been giving them trouble for 14 episodes.

Back on Earth, Gavan discovers Chiyo, one of the students enrolled at the after school program, passed out on a sidewalk. Gavan notices she has a fever and takes her home. He leaves Chiyo with her mom in order to seek a doctor that can treat her. During Gavan's drive to a local hospital, Hunter Killer breaks into Chiyo's room and menaces over her. Upon Hunter Killer touching Chiyo's head, the show envisions her dreams where she is playing with a ball. I only mention this because they spend a lot of time replaying this scene throughout the episode, suggesting that Chiyo's imagination is causing the dream world to exist.

Gavan arrives at a hospital, screaming for help. Several nurses grab Gavan and suddenly strap him to a gurney. A Double Monster appears, equipped with a giant lance. The monster laughs at Gavan for falling into their trap and threatens to kill him. Gavan escapes and while in his vehicle, somehow manages to drive through an underpass, triggering the dream world. 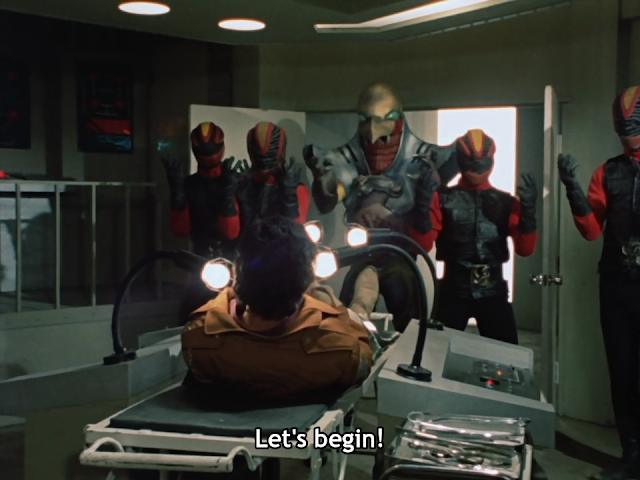 The hottest boy band in the galaxy just got even hotter with slick polyester vests.


In the dream world, Gavan fights some monks, some animatronics, and the toughest clowns you've ever seen. In fact, Gavan gets beat up so badly by the clowns that they just let him leave out of mercy. Gavan somehow finds his car and drives through the underpass again, leaving 'Makuu City' (They never call it Makuu City.)

Finally, Gavan faces off with a Double Monster and defeats it. Chiyo no longer has a fever and all is right with the world. THE END 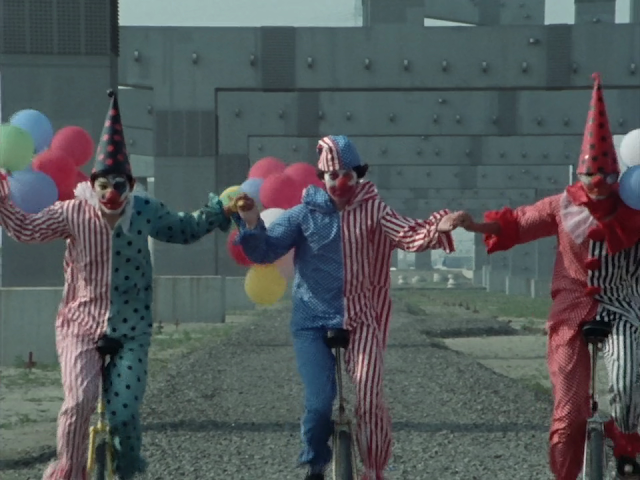 The Mean Clown Posse will make you wish you were never born.


Honestly, this episode wouldn't have been so bad if they just explained things a little more. The writers use another generic mook as their monster-of-the-week and they don't explain how the Makuu can create an illusionary city. I wish they spent about 4 less minutes of using repetitive fight scenes and focused on giving context to the situation. Instead, all we got were 5 transitions of Chiyo bouncing a ball to give the impression that Gavan was in the illusion. It had some cool moments like having a Makuu thug dress up as Mimi and shooting Gavan while disguised. Overall though, I'd give this episode a hard pass.
Posted by Roy Kingston at 9:00 PM