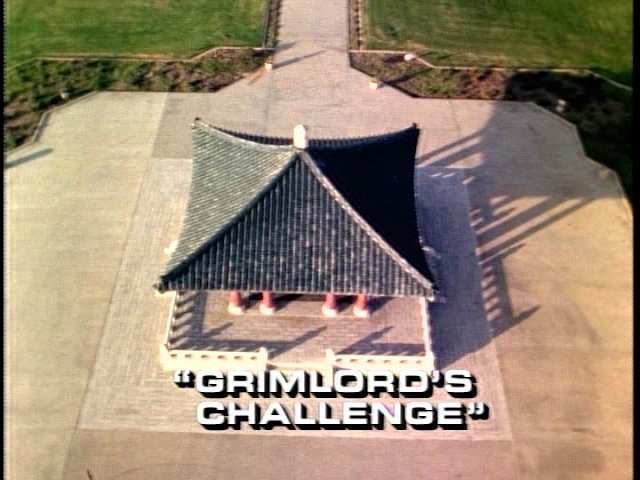 
Overall Opinion: Skip. Has one funny scene where Woody constructs a cookie castle and a decent ending bout with Randi in a Karate tourney. A lot of stalling with no satisfying payoff.


A police officer talks to Ryan Steele about a troublemaker she has been dealing with. The person the officer is referring to is a lady named Randi Worthington. The School Board of Corrections has given Randi an ultimatum to find an after school program to improve her behavior or be sent off to Reform School. Ryan accepts Randi as a student and as an added bonus is told if Randi can earn a medal during the next Karate tournament, she will donate $1,000 to the dojo for helping Randi be successful at the sport.

Because Grim Lord has the ability to spy everywhere in CrossWorld City, he takes note of what Ryan is doing and becomes inspired to hold his own tournament with the prize being first dibs at fighting Ryan. (Who considers that as a prize?) 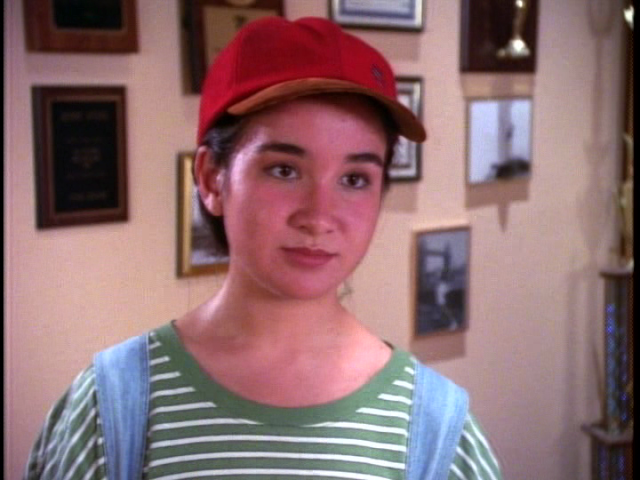 Troublemakers wear overalls? What kind of madness is CrossWorld City?


A pretty cool looking robot named Hammer Bot wins the tourney. Him alongside Spider Bot and a squad of airships attack the real world. Ryan intercepts Hammer Bot while Kaitlin defends the air assault and J.B. takes on Spider Bot. A bunch of lame combat scenes occur and the Troopers are victorious. 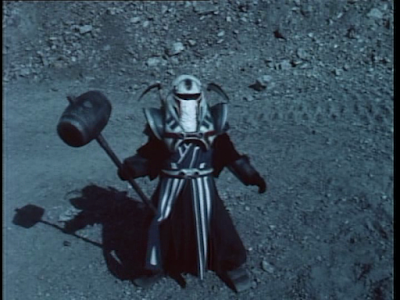 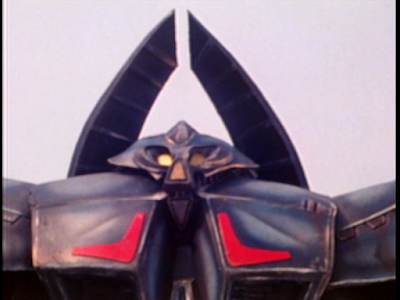 The Karate tournament begins and Randi reaches the quarterfinals. If she wins, she will get 3rd place overall and be entitled to a medal. She wins. THE END. This wasn't a terrible episode, but yet it was another pointless one. Just like with episode 6, the troubled teen doesn't learn any significant life lessons from the VR Troopers and is given two pep talks about working to achieve a goal. It seems they wanted to add some social commentary but never gave enough time to the issue. If they focused entirely on the fighting, it could have been decent. As an example, the fight between Hammer Bot and Ryan was heavily edited for time when it had way cooler moments in that fight compared to J.B. and Kaitlin. A lot of wasted potential for an episode that had no sense of direction...like most troubled youths. Oh, sweet irony.
Posted by Roy Kingston at 2:43 AM