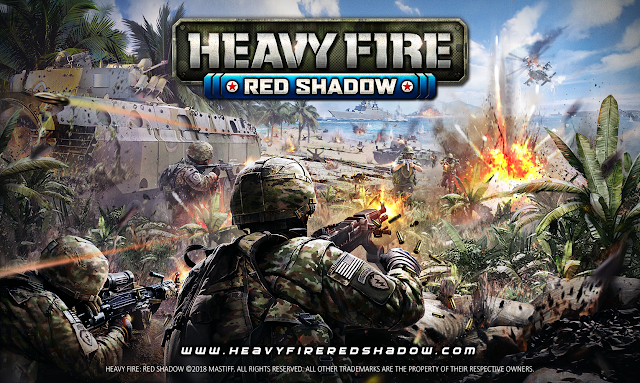 
Disclaimer! While this game does support VR, due to lack of equipment it will not be covered in this review. The basic premise of the game revolves entirely around a sudden attack from North Korea. After the US had installed anti-missile satellites for South Korea in order to give them more protection from North Korea. Unfortunately, this backfired as they saw it as a threat and launched a series of preemptive strikes. This attacks destroyed the satellites and the US main bases. In response, the US gathered as much supplies as possible and set up a last stand on the island Guam and later 3 other locations. Yes, there are only 4 unique stages with a day/night version of each. Eight missions total.

As the campaign mode progresses, the story develops further, but nothing that can be called deep. It goes over the governments responses to the events, military movement/development, and it ends on a note leaving it open for more sequels. A lot of political talk and what if scenarios are used that can be difficult to follow at times. 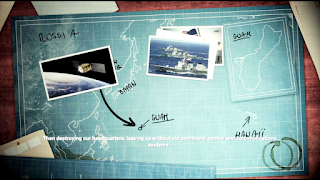 The story is told entirely through narrations in past tense of mostly unnamed voices who talk like war vets. There are very few cut-scenes that mainly serve as only a basic set up and to introduce a new area on every other level. Making things even less engaging, these cut-scenes have very little movement in them. Most are simply a map or other image with move images, text, or occasional life action news video clip layered on top of them. However, cut-scenes are short and infrequent so they never outstay their welcome.

As a whole, it is obvious this game never intended to be a heavy story driven campaign. What little is here is nothing special. Although, while it is not engaging by any means, there really is not anything critically wrong with the plot either. There aren't any plot holes (minus possible political debates) and given short length it is easy enough to overlook.

The game play is very simple, but a lot of fun. An easy way to describe it would be arcade style. Unlike previous titles that were rail shooters, this game is based completely around static turret game play with a 360 degree view. While that may sound like a step down, a more simple route does not always been a worse route. Each of the 8 missions has 4 stages with 4 waves each and each stage serves as a checkpoint if you die. Each wave has you fighting off soldiers on foot, in vehicles, and boats that are bringing more soldiers of the North Korean army. 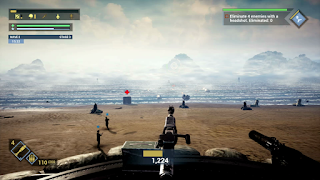 Enemies can vary from their weapons they use to types of vehicle or boat, to even some suicide bombers. The controls do exactly what they are supposed to do and are nice and responsive. As you take out enemies you will gradually build up a support gauge which can be used to summon supplies, friendly soldiers, 2 different air strikes, and a helicopter support. 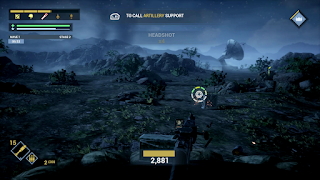 Leveling up is also a main part of this campaign. Starting off a new campaign the game will kill you a lot; but after gaining some levels and purchasing upgrades it becomes much more manageable. The overall difficulty from there is pretty consistent. Maxing out all upgrades is very much doable. Once at that point, the game becomes easy until the final mission. Not a super difficult game but challenging enough to need to pay attention.

The only recurring issue would be the side missions. Once in awhile, an additional task will pop up that usually consists of killing specific enemies, head shots, or avoid damage in order to get temporary power ups. However, due to the random nature, a lot of times they occur at points where it is either impossible to complete due to lack of remaining enemies in the current wave, or the power up will trigger just as a wave is ending. Buffer time in between waves is just long enough for any power up to expire. Luckily, these were never mandatory in order to progress, but it is still a big oversight.

There isn't much to say here because there aren't many soundtracks in the game. Only the main menu and cut-scenes and the main menu have any music. The few tracks that are present are good enough, it just a shame that there is no music during game play.

Voice acting, for what little there is, gets the job done. The cast do sound like soldiers and it is believable enough that they would be speaking in these mannerisms given the circumstance. 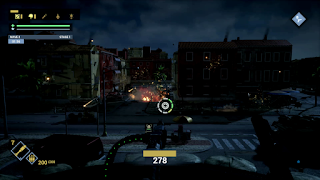 Graphically speaking, the game looks good but not amazing. Explosions and gun fire all look correct with nothing critically wrong. You will spend a lot of time looking at the same spot so it is a good thing that it is a least appealing enough to look at.Nothing mind blowing about the visuals as a whole, but they are at an appropriate level.

Level structures are also done at an appropriate level. There was never a case of enemies being out of reach and the navigation on the crosshair is an effective way to keep up-to-date on the action. Unfortunately, the lack of variety in levels does continuously become more apparent due to only having 4 unique locations in the 8 missions. Although, for what is here, it works well enough. Even contains one or two Easter eggs. 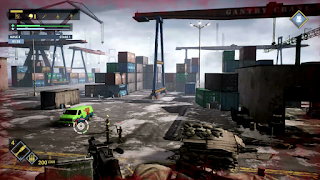 This game it exactly what is advertises to be. While it may be easy to dismiss it given the short campaign, an important thing to note is the launch price tag of only $20. Given that, it is an appropriate length for its price. For what it is, Heavy Fire: Red Shadow is a game worth the time for those looking for a more casual experience or don't have a lot of free time for gaming. There is nothing wrong with a budget game. It is a affordable, fun, and simple game that never tried to be more than what it is. On those merits alone, I would say check it out.