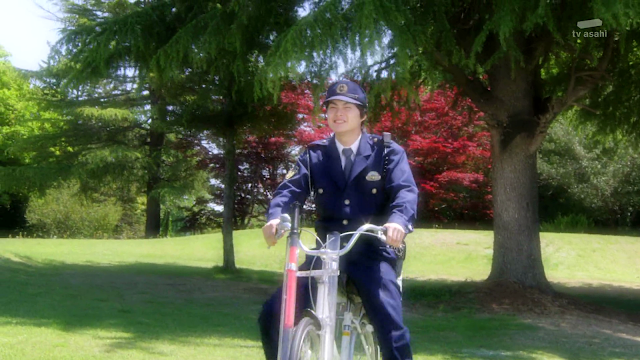 This episode wastes no time; opens up at the Bistro with a florist girl named Mana Akagi bring Keiichiro some leftover flowers. It's fate! Akagi has the kanji for red in it. They bonded over similar music tastes off screen and she even attempts to ask him out. Unfortunately, just like any lead in Shonen, he is completely oblivious to her advances and unintentionally blows her off. Painful to watch but I feel for you buddy. Signals are so hard to read, even when they are clear as day. Mana is feeling broken, so Umika decides to be there for her.

Outside, Sakuya tries in vain to explain Mana's feelings, something Tsukasa thinks is hopeless. The great detective foiled by a crush. While Mana is being given a pep talk by Umika. All of this is interrupted by this episodes monster of the week. 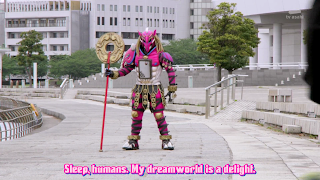 Nero Kilner. This purple shogun thing puts people in permanite sleep where they will dream of their own personal paradise. And it is defiantly not the Eternal Tsukuyomi from Naruto. Everyone in the crowd is hit by his spell except Umika and Mana. Why? They weren't that much further away than anyone else. His staff must have super strict length limit. Since Umika cannot henshin in from of Mana, she instead retreats and calls Kairi for help. And cut to intro!

This season really knows how to appeal to people with short attention spans. Knows exactly how to get the action going from the get-go.

While retreating, Mana turns back because they left behind a vinyl record that Keiichiro lent her. While back there, the Gangler is watching the people in their dream lands; first one shown is a man dreaming about ramen. Most defiantly no Naruto was on the minds of these writers! Mana arrives on the seen and gets the record but is almost caught in the sleep spell with Umika. Luckily, Lupinred and Lupinblue arrive just in time to save the day initiating the first battle of the episode. Except not really. The Gangler pretty much just hits them once and runs off and they don't even try to chase him. Someone's not important. 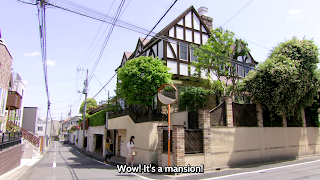 We now arrive at Mana's house where a few things are learned. Like, she is a little rich, does not have a job at a flower shop and was just picking out of her garden, and is going to Austria to study the next day. This makes it her last chance to confess to Keiichiro and gets an idea from the first track on his record titled "Secret Feelings". Seriously? Also, is it fair to confess to someone right before leaving the country? Kind of a tease.

Cutting away, both teams are being briefed on the Gangler's powers. The Patrangers from Jim Carter's analysis and the Lupinrangers from Gouche's book. This Ganglers collection piece is called "Long Long Long" which gives him the power to stretch meaning his sleep spell is his own personal power.

They set up an arranged meeting for Mana and Keiichiro after telling him she is leaving. Kinda getting side tracked aren't they? He is a stuttering mess this time and it looks like he is going to confess but just give an awkward "safe travels" statement instead. That was fun... He rushes off.

Umika is not having it this time! She confronts Keiichiro but he actually has some strong words. He isn't oblivous, but was just holding back and couldn't bring himself to say anymore. Besides being nervous, he believes his mind must remain on the Gangler threat and does not want to get distracted from his mission. 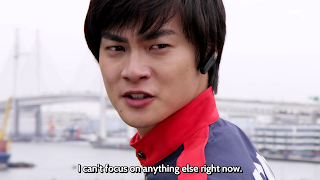 I'll give the guy credit, many superheros have let a love interest interfere with their fights and it almost always has consequences. It is not easy to deny, but has to be done sometimes.

The Patrangers get the call and rush over to confront Nero. Shortly after, the Lupinrangers join in and Lupinyellow is especially fired up to finish the fight. Not just because she is mad, but wants to make sure Keiichiro has time to see Mana off at the airport. Aww. The two of them argue a bit, which gives Nero an opening where he traps Umika and the Patrangers in the dreamworld after saying it cannot be broken from the outside. Why would he give them a hint? 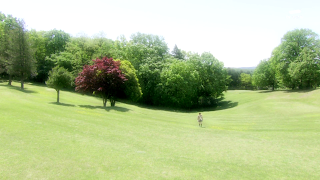 Umika awakes in a large open field in her old school uniform. While there she runs into everyone else and their fantasies. You mean they all have to share one dreamworld? Tsukasa is surrounded by stuffed animals and ignore all of Umika's pleads to snap out of it. How come Umika isn't affected like the rest? Sakuya has a photo album of Umika. That's it? That's all his dreams came up with? Even Keiichiro arrives on a bike dressed like the cop who inspired him as a kid. Okay, that is a nice throw back.

All seems lost, until Umika remembers what Nero said about it not being possible to break the dreamworld from the outside and decides to do it from the inside. Seriously? Why did he tell them that? Keiichiro mentions humming, which gives Umika the idea to break the world with the song "Secret Feelings". The song doesn't have lyrics so it is more of a La La La moments. This reminds Keiichiro of Mana and the real world snapping him out of the spell. Now, he is able to break the world by firing a few bullets at the sky causing it to shatter.

There are so many things wrong with this. First of all, why did the dream world give Keiichiro a weapon that could be used for an easy escape? Second, if regaining memory was all it took to escape then why couldn't Umika just do it who was never under any spell? Third, I still gotta ask, why wasn't Umika under the same spell as everyone else?

Plot-holes put aside, everyone is back in action and ready to wrap things up. Kairi steals the collection item while Nero is distracted by their escape and the Patrangers are fatigued from having their energy draining from the dream world but still determined to fight. Goodstriker appears and goes to the Patrangers for a fusion. They trade a few blows and the Patrangers ultimately win quickly leading into the giant battle. Umika is still just annoyed that Goodstriker siding with the police will make Keiichiro miss the airport send off. Anyone remember the Porderman grunts? What happened to them? They haven't appeared in quite a few episodes.

The giant battle continues the underwhelming tradition of this season. Monster tries signature move, doesn't get a chance and it defeated by the same fishing wire finisher as the Patrangers last giant battle.

The episode ends on a somewhat sad note. Mana is waiting at the airport but Keiichiro never comes. She reads a news article on her phone about their latest victory and leaves with a smile. 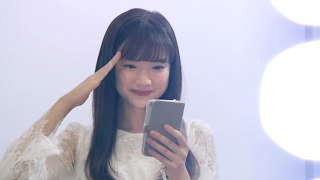 Umika confronts Keiichiro about his decision and calls him a jerk before storming off. This does hit him, but two other bits of drama happen. Keiichiro notices Umika appearing in the dreamworld at the exact same time that Lupinyellow was hit by the spell and Zamigo and Destra are seen meeting up again possibly planning something. Nice to see he doesn't miss everything.

I have no idea what to think of this episode. There were some awkward, silly, dramatic, and great moments that kept jumping back and forth between each other. Personally, I have never been a fan of awkward romance moments, but it wasn't overbearing. Keiichiro got some decent development. He admitted he is awkward but has a strong resolve. However, the glaring plot-holes in this episode are too obvious to ignore. As a whole, all I can say is meh. Not terrible, a decent enough idea, but not very well put together. 3/5
Posted by Cendoo at 12:00 PM