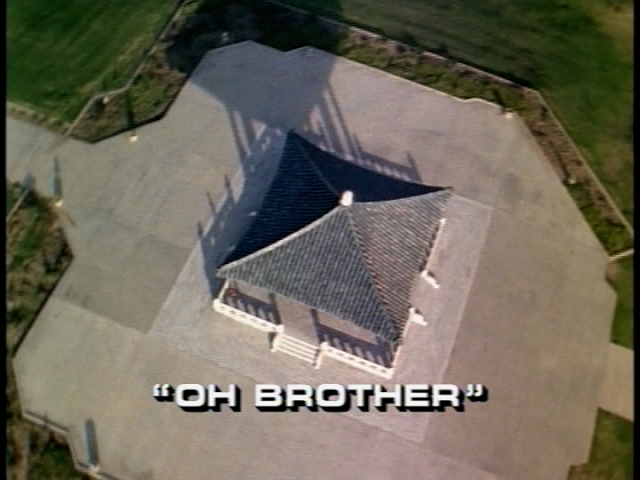 
Overall Opinion: Skip. Has some important lore that involves the Robots-Of-The-Week hinting they know where Ryan's father is located. Other than that, a lot of stalling and nonsense for fight scenes.


The episode starts with two kids practicing Karate. They are Josh and Scott Turner. Explained by monologue, they were kicked out of Cross World Dojo for fighting too often in the dojo. Because the kids can't learn to play different sports away from each other, their mother sends them off to Master Tao and more importantly, the lackeys of Tao, Ryan and J.B.

Josh and Scott collide with each other during a kata they were preparing for a tournament. They bicker and blame each other for the mistake and are taken home by Kaitlin. During the travel home, Kaitlin spots a Skug (Grim Lord henchman) messing with an electrical transformer station. The Skug is stealing electricity from the station. What Nerve! Kaitlin gets out of the car to investigate further and the kids follow her out. A fight commences and while distracted, the Skugs kidnap the kids away from Kaitlin. 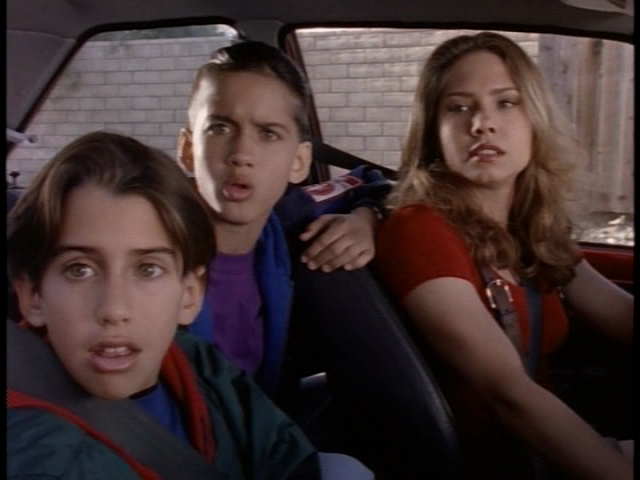 More like Josh and Scott Dweebs, am I right?

Kaitlin calls Ryan and J.B. to meet her at Professor Hart's laboratory. Hart equips Jeb, Ryan's dog, with the Sniff-O-Graphic Percepter, a device capable of making Jeb smell a thousand times more effectively than normal. They track the boys down and are forced to split up to get them both in a speedy manner. J.B. and Kaitlin go off to save one of the boys. Ryan is attacked by Slice & Dice, the robotic versions of the Turner brothers.

Ryan mentions several times how he can't possibly beat Slice & Dice when they work together, yet somehow easily defeats them both even as they are working together. Ryan spares the two Robo-punks from I don't know what since they don't die when exploding in the real world. As a reward for letting them live, Slice tells Ryan that his father will always be out of reach. I'm guessing he is hinting that Grim Lord has Ryan's dad. 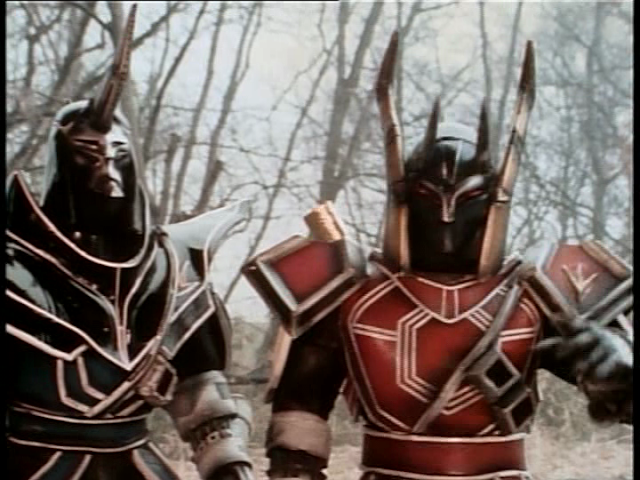 Get it? We represent the moral of the story that you should work together to win or you'll fail...like us.

After being scared straight, the Turner boys compete in the team tournament and win without any hiccups. Everyone lived happily ever after. THE END. 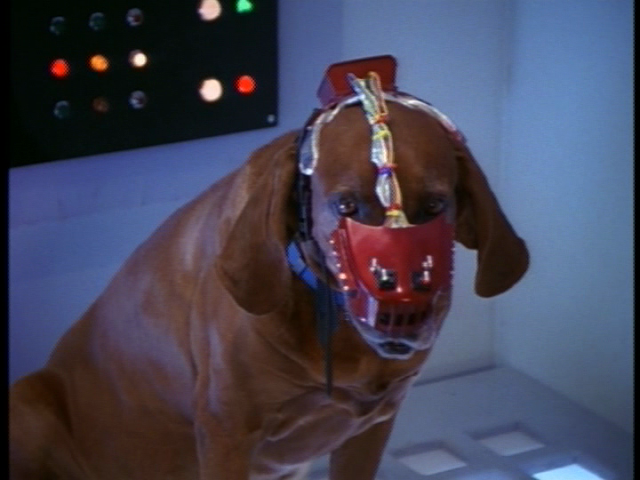 The things I do for cheap pops from the crowd.

This wasn't a good episode. It's passable with decent fight scenes, but they did many things poorly. The moral of the story was about setting aside your differences and working together. The villains didn't do that and lost, but the kids never learned the lesson. All that happened is the kids were stolen by Skugs and evidently that is enough to get them on the straight and narrow. Also, the boys knew what Skugs were even though the Skugs are suppose to be a secret invasion force. There were a lot of continuity errors besides that. Again, it wasn't terrible, but it didn't add much of anything to the story. Feel free to skip this episode. 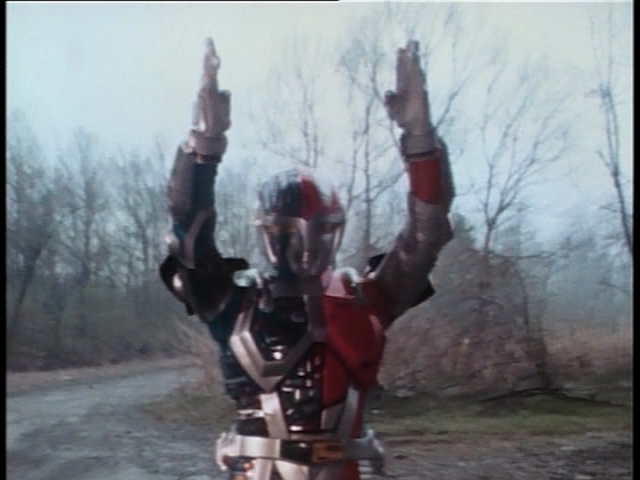