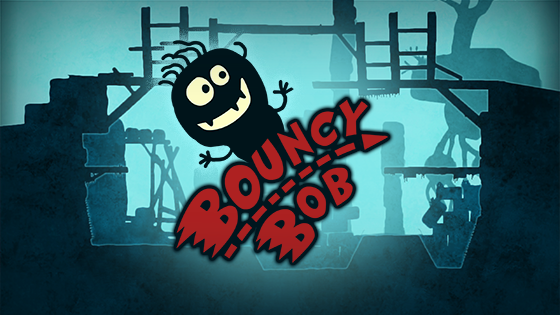 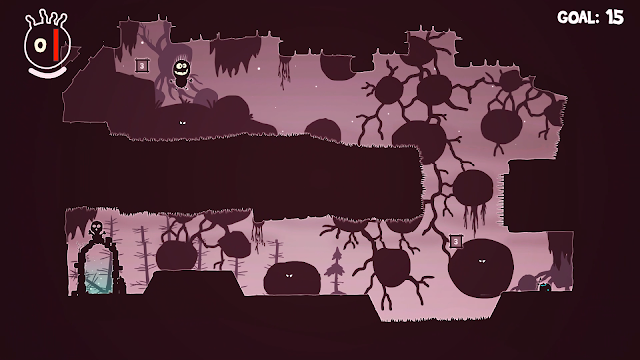 There's nothing to see here! Move along! 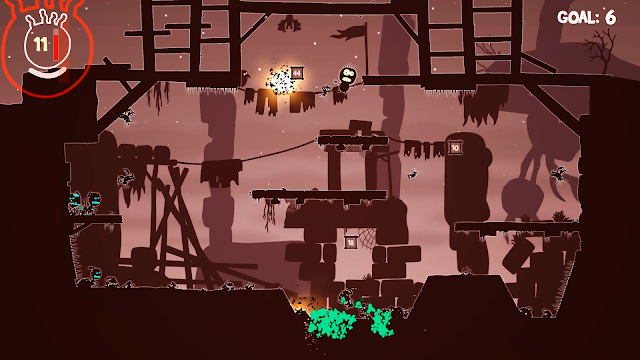 In this game you play as Bob.  Bob's goal is to slay as many monsters as he can and he does so by bouncing on them.  Now before you get the idea that this game is just like every other platformer out there, you'd be wrong.  For you see, Bob can't even walk, he can only bounce.  The way to do so is by holding down the bounce button and let go of it when the arrow points in the direction that you want to bounce to.  It's really simple game design that hearkens back to the day of early arcade games.  Actually, Bouncy Bob would make for a really good arcade machine.

There's 15 different levels in this game and all have the same goal:  Bounce on enough baddies, so you can unlock the next level.  It's not as easy as it sounds, all of the monsters are very mobile and vicious.  Some monsters can only attack you by bumping into you, while others can throw things such as spheres and bombs.  Other monsters can even fly around and attack you from above.   This game isn't as boring as I make it out to be and I had a lot of fun jumping around and earning high scores.  HECK! I even had fun replaying some of these levels.  The levels all have different designs and some of even have their own little traps to look out for.  Each stage brings in a new challenge for the player and makes the repetitive gameplay feel not so repetitive.

Bob isn't at a total dis-advantage because there are power-ups that appear on the field.  Once you pick one up, you'll have to wait a certain amount of time before it re-appears (I know! That's a no shit statement but just roll with it).  These power-ups range from arrows to health items to laser beams.  You will need to be careful, some of the powerups can harm you as well.  There is a multiplayer mode and I was disappointed with it. There's only one mode and it's not a very exciting one.  The mode is deathmatch, where you can have up to four players going around and trying to kill one another by bouncing on each others heads.  It sounds more fun than it really is and I was bored to tears while playing this mode. I really wish that we had a mode where the players competed with each other to kill as many baddies as they could instead.

Controls are very smooth and responsive and the collision in this game is decent. This is especially great because a game like this really needs ultra tight controls, otherwise it'll be an unplayable mess.  I actually found myself enjoying this game more while playing it in handheld mode.  Something about this game just felt right while playing it on the move.  You also won't notice any technical differences between handheld and docked mode, it runs really smooth on both.  Heck! This game runs slightly smoother than the PC version and plays more comfortable too (I liked the PC version too). 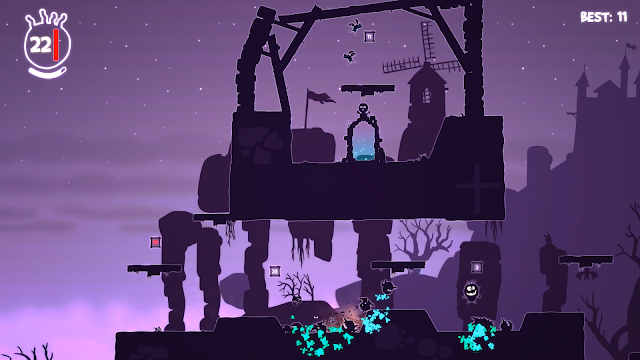 I really adore the graphics.  It's shadow puppet style is very fun to look at and it gives the game a very fun atmosphere.  The stage and character designs are also really well done and they blend with backgrounds incredible well and gives this game an incredibly fun look.  Animation is a little stiff but it went incredibly well with the shadowy theme of the game and makes everything to be more like a puppet show. 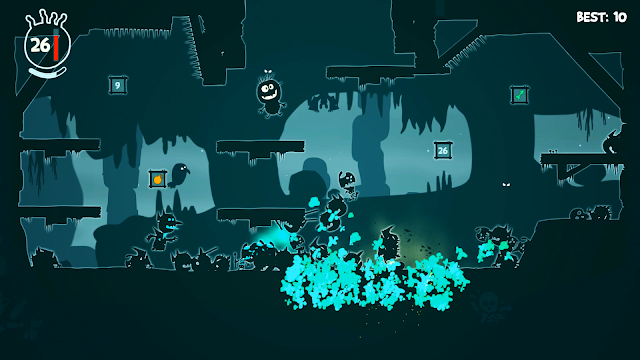 The soundtrack has a very lovely sound and is easy on the ears.  I really enjoyed it and it went really well with the game.  It really kept me calm during my many losses I had while trying to beat this game. 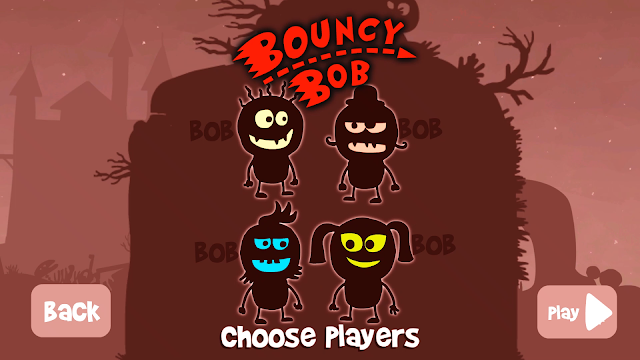 Overall, nothing much to talk about when it comes to this game, it's as simple as they come.  While simple, it's also a pretty solid little title that's quite fun and quite cheap.  I give Bouncy Bob a very decent score of 7 out of 10.
Posted by Retrokaiser at 4:12 AM