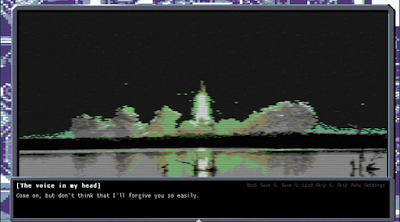 The star of this story is a nameless person that's been given a job by a big company to build a holographic clone of the bosses wife.  This person also starts to hear weird voices in their head. They try shake it off at first but the voices become stronger the more they try to ignore them.  It gets to a point where this person starts to question if there's more to these voices.  It's a noir styled cyber punk story that sounded like that it could be a mildly entertaining read... But this is a Sometimes You game we are on about here.  Games released by Sometimes You have a habit of being a hit ot miss and there's no in-between, you'll either love or hate them.

Sadly, story in this visual novel is in the miss section of the Sometimes You catalogue and oh boy is this visual novel a miss.  First of all, story isn't entertaining... Actually it's really fucking boring and was incredibly painful to get though.  Most of the dialogue is just the main character explaining what they see and it isn't anything important unless you like hearing about what trees look like.  Sure, this game takes place in the future where stuff like night time and history books about past civilization don't exists...  But this person goes on in great detail about what they see EVERY DAMN DAY!  It gets tedious to say the least.

When we do get something important in the story, it isn't anything special.  We just get bland and cliché cyber punk noir stuff and a very tact on supernatural twist half-way in.  I mean, the whole holo-cloning thing could've been fun but they just had to pull a Poochie on us and they never get to the fireworks factory.  Feels like that this was written as one thing and turned into something else during mid-production... But I'm more than certain that this is just a game that's meant to troll people and have a bad story on purpose.  That's gotta be it... Right?

The story isn't long and you can finish it and all of its ten different endings (that's right! Ten!) in just under an hour.  Sadly, this visual novel will feel so much longer than that.  Way to see different endings is depending on the choices that you make.  Yes, there are spots where you'll have to make a choose-your-own-adventure styled choice.  It was interesting seeing that you get this option until you remember that all of the choices are bad because the story in this is terrible! 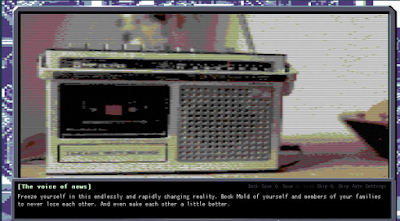 It's a visual novel, there's nothing much to cover here.  I guess I could talk about the UI and how responsive the limited controls are...  Which I will!  Clicking and navigating around the story and menus are very smooth and responsive and I had zero troubles with them.  You do get all of the typical options that you'd get from 99.9999999% of the other visual novels AKA being able to save, load, and skip text from the text boxes.  This visual novel does have one extra feature that I do see in some visual novels, that's a second text skip option that let's you skip to the next path choice, skipping chapters in their entirety. 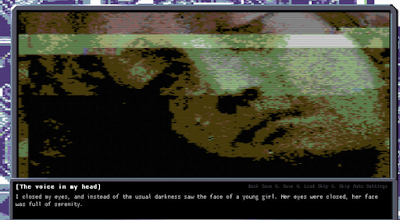 Best thing and the only real good thing about this visual novel are the graphics.  The pictures may not be that special on their own but this game stylizes them up a bit to fit with the cyber punk theme and it really did work.  I found myself to be entertained by them and not by anything else. 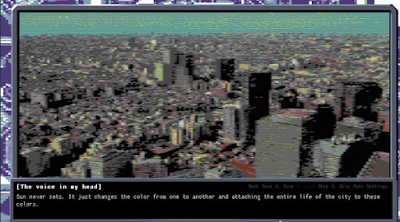 There's music and that's all that really can be said about the soundtrack because it isn't anything special, just generic sci-fi music that doesn't enhance this tacky story at all. 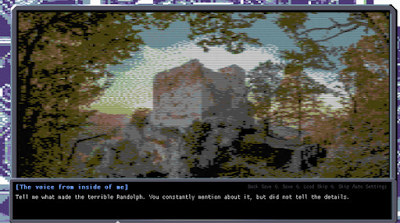 Overall, this visual novel isn't just a poorly written one, it's also a boring one to boot.  It makes the Sisters in Hotel visual novels look great in comparison and that's a broken ass visual novel with a crappy tacked on story and uses stolen assets for its artwork.  Yeah, to hell with Cyber City 2157!  I'm giving this a 1 out of 10!
Posted by Retrokaiser at 10:56 PM