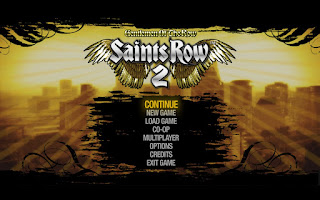 The Saints Row series is a timeless classic that has done a great job filling the void in the very long gap between Grand Theft Auto games. The second in the series is the earliest game available on multi platforms, so most PC gamers start here unless you are ready to dust off that X-Box 360 and order a copy of the original game.

Our main hero starts out with nothing and has to rebuild a new incarnation of The Saints. The Ronin, The Brotherhood, and the Sons of Samedi All have control of Stilwater at the beginning of the game and hall have separate story arcs which need to be completed in order to gain control of the city and see the finale.

The characters are, for the most part, all unique and believable. Everyone's motivation is clear and easy to follow. The voice acting is convincing and several notable actors are present. Michael D orn from Star Trek The Next Generation is present as the leader of the Brotherhood. Also Keith David returns from the first game in a secret mission. 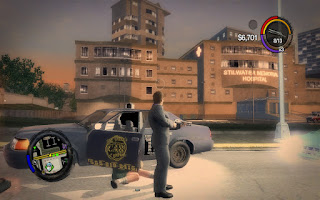 This is a third person open world action game at it’s core. Story missions are controlled with a respect meter and respect is earned by cruising around the city, completing side missions and engaging with rival gangs. One problem I ran into is that I ran out of respect before I was ready to stop playing the story missions and go explore. Because of this the game forced me into its side quests. It’s not a deal breaker, and this is fixed in later games, but it’s definitely a noticeable annoyance. Apart from that, the shooting is solid. The driving is satisfying. And the environments, although dated, are very well done. 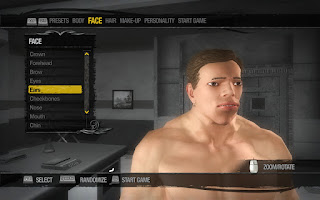 There are quality of life improvements which were added later in the series such as improvements to the aiming system, better voice acting and models and less forced side quests. People playing this for the first time are going to feel the downgrade from SR3, but the city is alive and believable in a way that hasn’t been replicated in a SR game since.

The Saints Row series has lost some shine since GTAV came out, and the graphics are somewhat aged at this point, but this is a top tier open world game with an engaging story and fun side quests. Truly a must play. 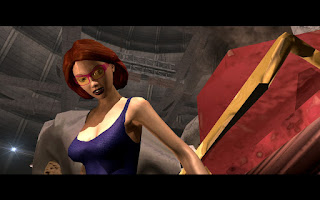