Among Us - Moble/Steam Game Review 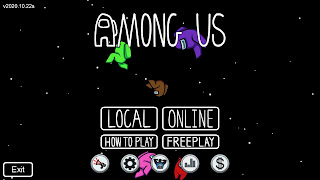 Games which use social engineering have been done before, but they are few and far between. Other notable entries into this niche sub-genre are Trouble in Terrorist Town and Spy Party. Now along comes a little game called Among Us. This mobile game, now ported to Steam, utilizes social engineering, fast matches, solid online play and low cost access ability to make the perfect storm. 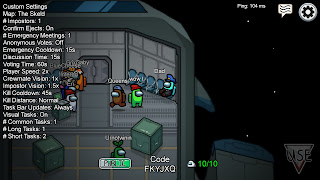 The game is played multiplayer with up to 10 players. 10 people are on a ship trying to accomplish very simple tasks. However, one to three of the players are impostors who are trying to kill off the rest of the group without being discovered. If the players finish their tasks, they win. However, the impostors will be trying to isolate them and turn them against each other. The only tool the players have to fight back is with votes. Every time a body is discovered, a vote is called. The players can converse and vote on who they think the impostor is. If the majority rules against a suspect, they get ejected out into space. These votes can also be called at will depending on the server settings.

This introduces one problem into the game. When left unrestricted, its common to start a match only to have a meeting & vote called seconds into game play. This brings the game play to a halt while everyone has to decide whether to arbitrarily vote for no reason, or skip the vote. Some people say this gives players the opportunity to talk to each other and make decisions about who to trust and who not to trust. However, it gets pretty annoying. 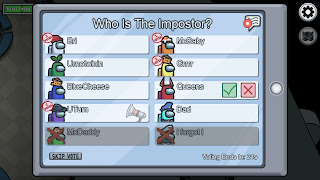 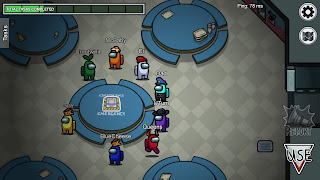 Being the killer is satisfying. Players can be killed with one button, with the murder ability suffering from a 20 second cool down. This stops the killer from being able to mow down a group of people, while at the same time, it's impossible to try and outgun the killer like you can in Trouble in Terrorist Town. You can, however, use the ventilation system to get around the ship faster than the other players, as well as sabotaging certain parts of the ship which causes the players to flock to that spot. (For example, the air shuts off in 20 seconds unless someone reaches this point and hits the button).

I question how important it is to actually complete the tasks when playing the roll of a crew member. Games usually end by either the killer being discovered and shot out into space, or not being discovered and ultimately killing everyone. On the other hand, if even one person doesn't complete their tasks, then it's impossible to win via task completion. So what happens if you get killed? That's right. You have to complete your tasks as a ghost. So there you are, dead, with no motivation, and the ability to ruin the game simply by doing nothing. This opens a huge window for potential griefing. 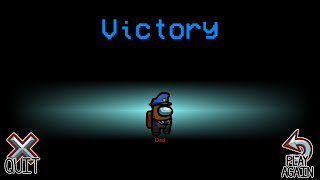 Another issue is that there is no penalty for dropping out of a game in progress, so commonly a game will start with 10 players, then two or three will drop right at the beginning when they realize they didn't get to be the imposter this time.

Apart from all these issues, the game play at it's core is so good. Its rare to see a game this fun to play also be this accessible. Most people have a smart phone, and anyone with a smart phone can join in. I would like to give it a higher score because I really do love it. I hope they iron out some of these issues in the future. .. or perhaps we just need to see more games with social deduction/social engineering. Play it with friends.