There's a lot of puzzle games out there on Steam.  A lot of them are crappy, a lot of them are pornographic, and a lot of them are both.  There are quite a few good ones on there too, but sifting though the crap to get to one can be a difficult task.  However, Pepper's Puzzles could be one of those diamonds in the rough.  Then again, that bar is set so low on Steam, even roadkill can jump over it.  (Click on "Read More" to read the full review.) 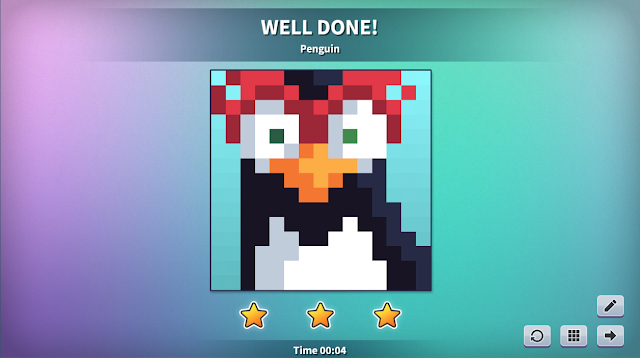 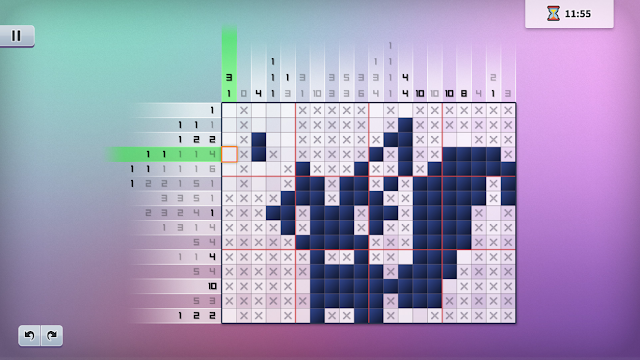 This game is a picross game.  No, it's not that game that uses sticks.  That's Lacrosse.  Neither is it a game of tic tac toe where you use your nose boogers.  It's a game about finding a picture hidden in a gridded puzzle.

How do you find these hidden pictures?  On the side and on top of the puzzles there will be some numbers.  These numbers tell you how many boxes need to be filled out on that line.  Fill out the right boxes and the level is a success.  There's a few more elements to it, but that's the basics of it.

It's really simple and easy to get in to, but also quite difficult to master.  The levels start off pretty small, but they'll become bigger and bigger and harder and harder.  I did have quite a bit of fun, but also a lot of frustration.  The frustration was to be expected as this is a bloody puzzle game after all.

Quite a decent amount of different themes regarding the puzzles.  You've got animals, you've got space, and you've even got a video game themed one which was my personal favorite.  There's something for everyone.  There's also a time attack mode that's super challenging, but very fun.

The system itself is very smooth, clean, responsive, and really professional looking.  There's effort put into this game. It is not a cheaply put together puzzler by any means.  That's what all of the nudie puzzle games on steam are for. 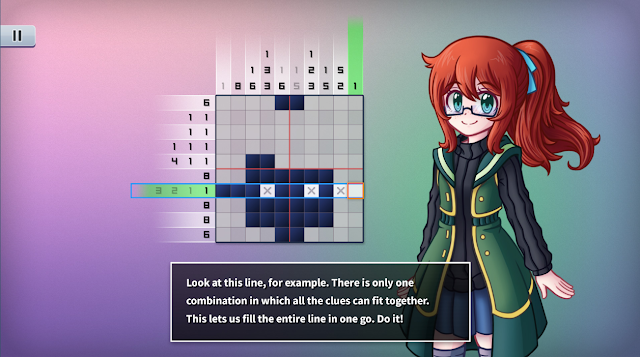 Other than having a cute anime girl for a mascot, you'll just see a lot of light shades and pastel colors, grids, and plain backgrounds.  Oh, yeah, you do get a nice picture once you have completed a puzzle.  The completed puzzles had a fun look and were very rewarding to see.  The steam works section has a lot of good looking puzzles that are worth downloading.

Having the best looking graphics isn't what this game was after.  For a puzzle game like this you should be looking to see how clean and clear the system is.  It is most certainly clean and clear.  I never got lost or had a hard time trying to find a place to click.  I also really dug how you can mark the incorrect boxes with an X.  It really helps to prevent you from making mistakes. 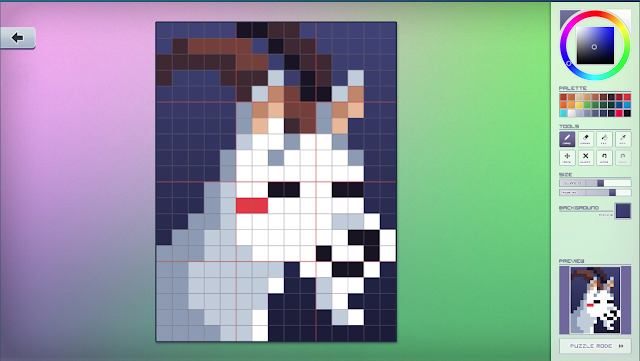 Soundtrack is made up of soft rock tunes that help to comfort the ears and keep you feeling cool.  It's not bad sounding, but I never cared to listen to it.  I played this game while listening to podcast. 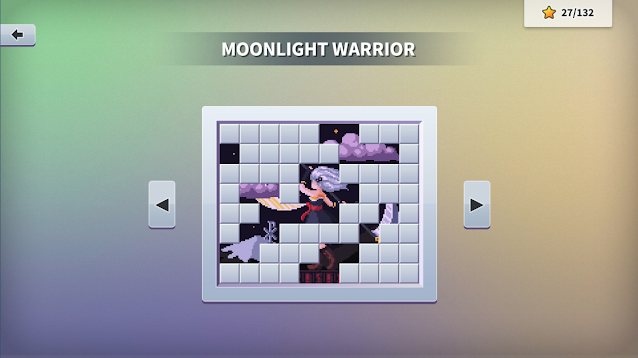 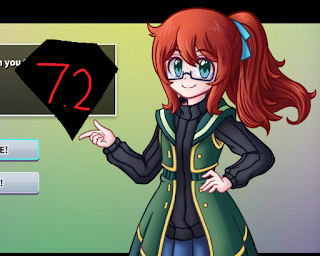 Posted by Retrokaiser at 3:43 AM