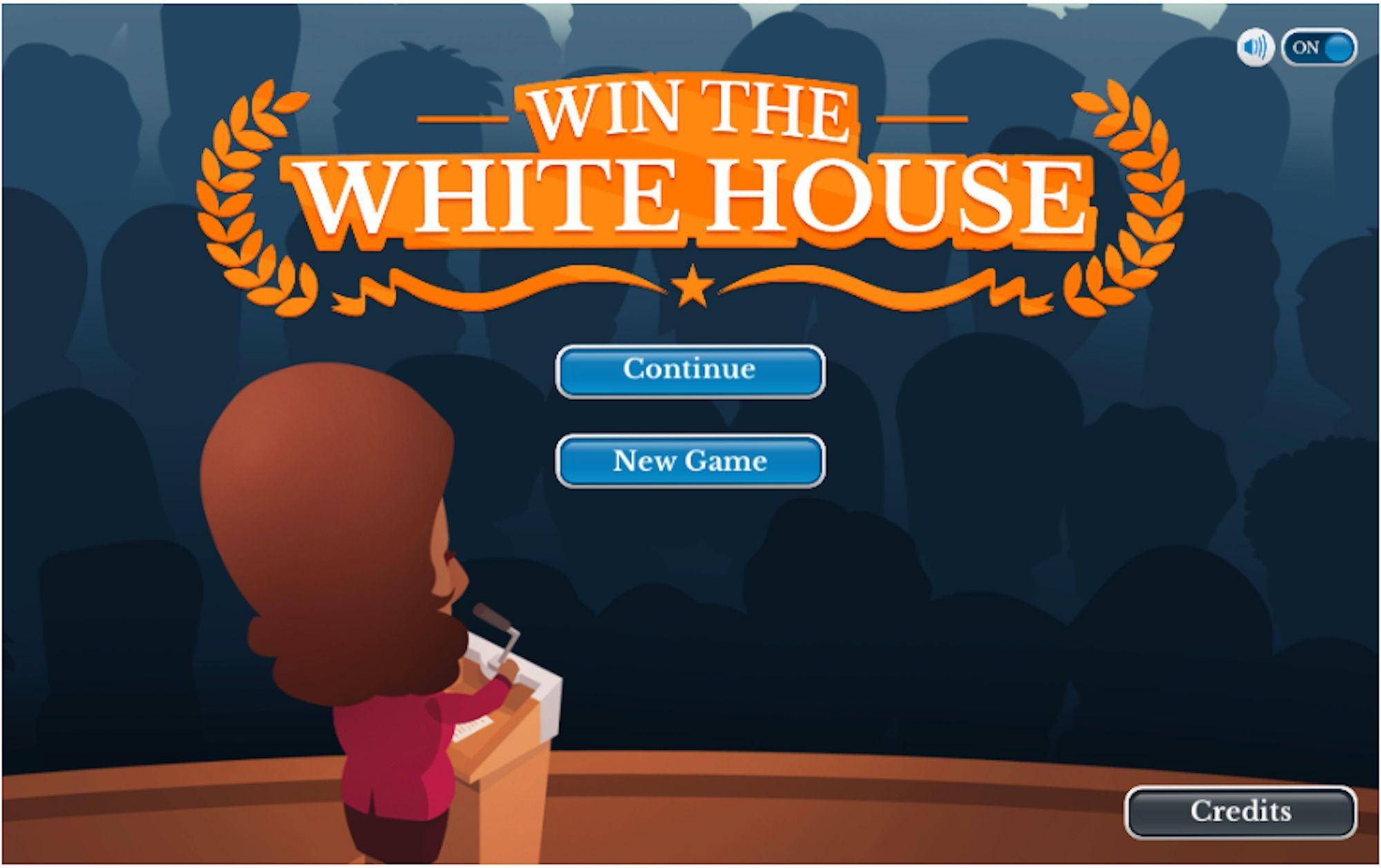 In "celebration" of the 2020 election, I have decided to play a presidential election flash game. Free to play HERE. This game has nothing to do with Biden or Trump, which is fitting because I am in no position to write a proper political article. Anyway, let's click "read more" and see what this quick little game has to offer.

You are running for president with one of a few selectable characters that you can name and give a home state too. And, some basic political questions are there too. 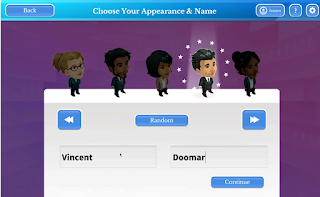 The game is kind of like a board game mixed with some very basic political trivia. You chose your political party, (Democrat or Republican), your home state, and 5 different issues to represent. By answering some very easy questions about said issues, you become your parties nominee and the real game begins.

Now, you chose a running mate from a list that all have specific buffs, and the competition against the other party begins. What follows is basically a 10 turn challenge to sway the most amount of States. 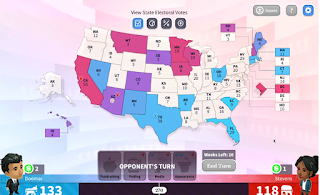 Is is some kind of parallel universe where every state is a swing state and the nominees can only have TV ads in one state at a time. There are 4 basic actions that can be done once a turn each. Fundraising, which basically gives you credits to use the other 3 actions. Polls, which identifies one of the blank states, as in it tells you where your character stands in terms of votes and allows you to use the last 2 actions in said state. Finally, the last 2 actions, Media and Appearance, allow you to turn a state more in favor of you. When using Media or Appearance, it will work best depending on the issue you present and if you answer a very easy question correctly.

Once 10 terms are up, the President is decided. If you manage to win, you get a certificate to print out. 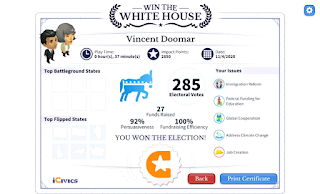 Playing against a computer opponent is very easy, but it is understandable considering this game was made for students. Against a human opponent can be fun, but the game is definitely over ambitious with its printables and the fact that you can register an account with their server. Overall, a decent little game, but one you will most likely play once and move on.
It is worth mentioning that the game is available as a mobile app as well. Playing it that way changes the perspective quite a bit, but this review will focus on the desktop flash game.

Amazingly, this game is fully voiced, and done with decent voice acting too. Music is stock, but charming. As a whole, the audio in this game is nothing amazing, but as good as it realistically can be for a free title like this.

This is a flash game and looks like one. Everything is bright and lively, but very stock. Nothing special or unique, but passable. 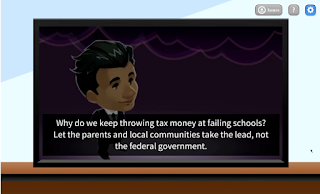 Win the White House falls into that category of fun free flash games with little controversy. It is a very simple game that has insultingly easy questions even on the highest level, but enjoyable that could be used for a school lesson on elections. Overall, I can recommend this to anyone who has nostalgia for flash games. Nothing special, but nothing bad either.
Writing - 5/10
Game Play - 6/10
Audio - 4/5
Presentation - 3/5