Treasure Hunter Simulator is one of many low-intensity simulator games to come in the wake of the ‘Simulation’ craze. We aren’t saving the world here. We’re just going to go walk in the woods and look for buried garbage. Grab your metal detector and click the 'read more' button to become that weird guy who walks around on the beach. You have seen the guy before. Let's do this.

There is a ‘Story’ mode, but no real story. You need to find the treasures. That’s all that is important. I will say that I’m glad they didn’t try to go overboard with the concept of story here. It would have been really awkward if they tried to compel me to care about the unseen character holding the metal detector. It’s also worth mentioning that the title screen shows a ‘Story Mode’ vs ‘Exploration Mode’ but the exploration
mode is locked, so we are going to focus on the epic tale that is the story mode.

Our first task is to literally clean up a park area of all the trash. Ho boy. Here we go. 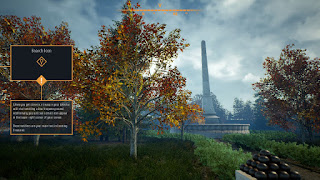 Do you like holding down M1? Than this game is for you. It’s time to wander around a 3d generated space looking for areas that set off the locator alert. Once you are in proximity of an item, an alert will sound, then you can press M1 to zoom in to the metal detector view. From there, sweep the area until you find the item! You have a ‘hot and cold’ type indicator all the way up until you find the exact spot, so locating items is very simple. Also, all past dig sites are marked on your map. It’s easy and repetitive, however I think this was designed to be more of a ‘chill out’ kind of a game rather than a logic driven simulation game.

I spent most of my time wandering around looking down at the ground waiting for my magnifying glass to light up. It’s a shame because all of the nice decoration that went into the play areas was lost on me.

The items that I found were also somewhat questionable. Every environment contains one really rare item. In the tutorial, I was able to dig up an entire front-loading musket from the American Civil War. However, once the real game kicked off, all I could get my hands on were nails, scrap metal, buttons, and in some cases bullet casings. This is the greatest missed opportunity of this game. I would have liked to find something that would compel me to keep searching. I kept looking and that item was never found.

Quests can also be accepted. These generally follow the idea of flying to a specific location and trying to find a specific item. However, I ran into situations where I would buy the plane ticket to go hunt an item, and then I would be stuck in that area digging up buttons and nails trying to earn enough money to leave.

Better metal detectors are shown off in the office screen. This included a wide variety of metal detectors, but the prices were so high, the game expected me to spend hours digging up nails and key chains before making the first bump in equipment. Once I finally amassed enough money to buy what would have been a sweet upgrade, I noticed that all upgrades were locked until I reached a certain prestige class. (I still don’t know what that means by the way). Thanks game. 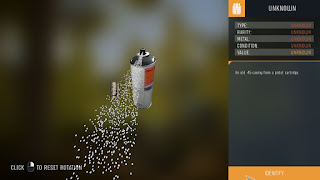 If you are familiar with the Unreal Engine, you probably have a good idea of what to expect. The environments have a really nice design. However, the game play forces the player to stare at the ground for most of the game. Between searching, digging, and glancing at the map, I found that the environments were somewhat lost on me. Yes the look good, but it really didn’t matter. 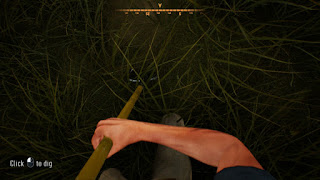 The sound design focused more on abidance rather than music. This matched the theme of being a ‘chill out’ type of game. There is some mild flute and banjo music that plays by default, but I felt the urge to silence that almost immediately. Be aware that this is primarily a Bring Your Own Music game. 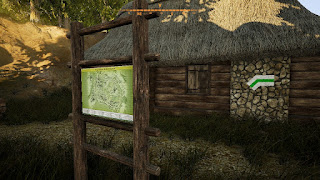 Treasure Hunter Simulator weighs in at 9677mb and costs $16.99 retail. The goal of this software is to create a relaxing space to hang out and search for lost items. While it may be a functioning game, I would say Euro Truck Simulator 2 is far and away a better chill out game for my money.