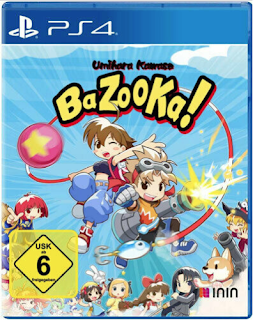 Prepare your rods, master your bait, and get ready to have a reel good time.  This is Umihara Bazooka, the arcade-ish spin-off to the Umihara Kawase series.  Not gonna lie, the title lures me into this game and what mysteries it beholds.  So let's dive in and fish for answers.  (Click on "Read More" to read the full review.) 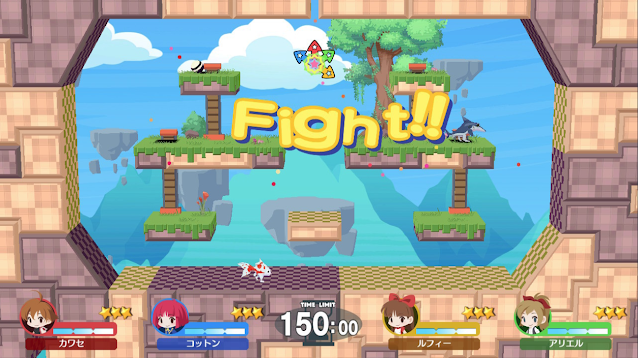 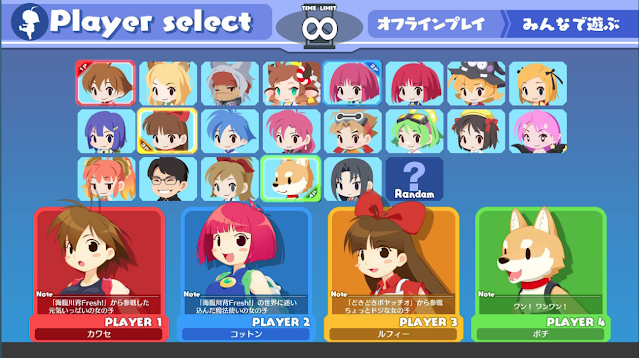 If you love old single screened arcade platformers like Bobble Bubble, Donkey Kong, and Snow Bros, you're in for a real treat with this one.  Take a bunch of cute characters from a bunch of different games and media, warp them into a weird Alice like wonderland, and have them fight giant fish and farm animals.  It's an idea so crazy that it just might work.

There are four worlds with ten stages in them and all share the same goal.  Beat the baddies and grab gold coins.  However, that's easier said than done.  The baddies won't go down without a fight.  Thankfully you have all the gear that you need to take on this scaled rebellion.

Armed with a fishing rod, you can catch certain baddies and launch them to cause big damage on whoever's in your way.  Destroy a certain baddie and out will come a gold coin.  Each level requires collecting a certain amount of gold coins before the level will end.  Each world will also contain a boss.  The bosses were fun to fight, but nothing too challenging.

You may think that this game will become a dull a repetitive experience.  You'd be wrong.  The character roster is decent in size and all characters have a different set of attacks.  Some characters are more useful than others, but all were worth trying at least once.

The roster is an all-star selection of characters from the Umihara series and other games and media.  You've got characters from Cotton, Doki Doki Poyatchio, Ring Dreams, a dog, and a Youtuber named Dozle.  I'm not too familiar with Dozle's work, but I'm sure that he is big.  (Or at least more famous than me.)

Controls are simple, easy to learn, and a bit more expansive that what I was expecting.  Other than being able to jump, fish, and throw, you've got a double jump attack, two special attacks, and one super special attack.  The special attacks require having your special bar to be filled before using.  My only downside about the controls is that the jumping can feel a little stiff at times.  Throwing your line around and swinging like Tarzan is a very fun, smooth, and satisfying experience.

The level layouts are interesting and were fun to travel across.  Although, they were not the hardest levels in the world.  There's no real punishment for getting a game over.  You can pick up on the last level you were on and continue with ease and a fresh stock of lives.

If you want to make that fun go even further, I recommend playing this on multiplayer.  You can have up to four players on the stage at once and it makes the game a lot more challenging and chaotic.  Not only are you dealing with the baddies, but you are all out to beat each other into who can get the highest score.  Yes, you can also fish the other players and launch them.  Your special attacks can also damage the other players.  So will you work as a team or fight one another?  This game leaves that option to the players. The multiplayer is fun regardless of personal choices. 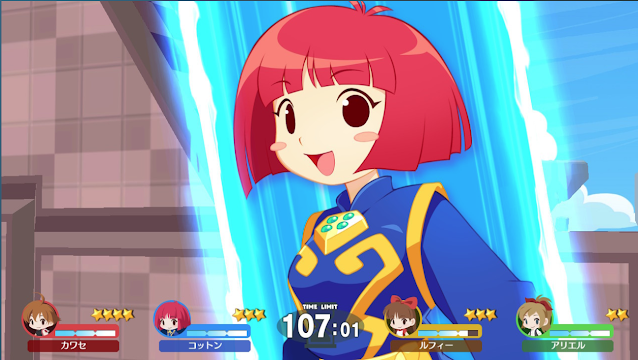 Graphics are very colorful and have a lot of cute and weird looking characters.  Level design is very basic, but this is not a bad thing in this case.  If the stages had more life to them, it'll take away the limelight from the characters and enemies.  You'd get too distracted and lose sight of your goal.  It's perfect the way that it is.  Animation is also really decent and charming. 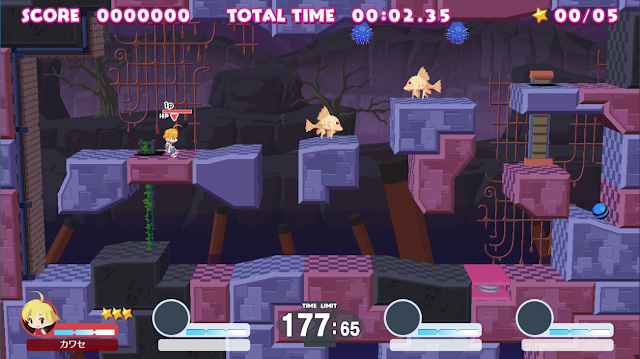 The soundtrack has good mixture of upbeat, poppy, jazz-fusion, and cool piano music.  It sends off some positive retro vibes that makes me feel like that I am playing a Nintendo 64 game while gobbling down some marshmallows.  It feels good to feel nostalgic sometimes and that's what this soundtrack makes me feel.

Is it the best soundtrack in the world? No.  Not buy a long shot.  Heck! You'll barely remember a track or two after turning this game off.  It sure is effective though and goes well with this weird, fun, cute little world. 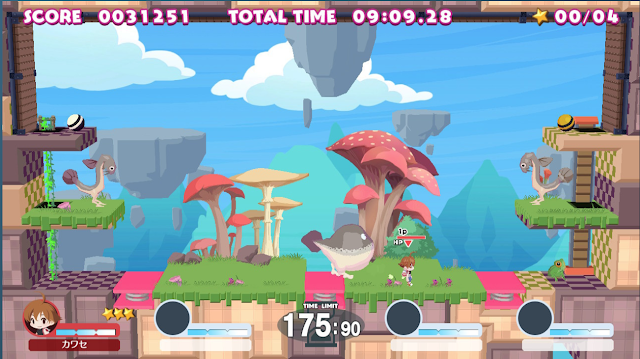 Overall, Umihara Kawase Bazooka is a decent little platformer that makes for a great afternoon with friends.  It's still a decent game while playing alone. This gets a seven from me.  7/10 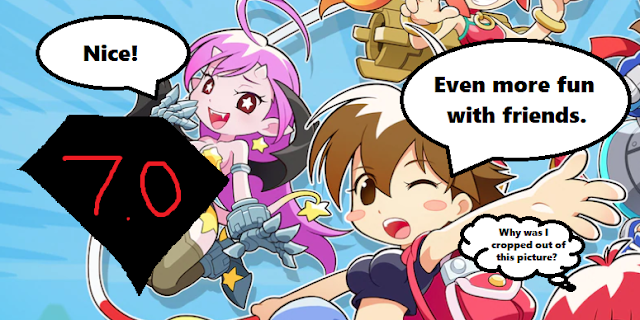