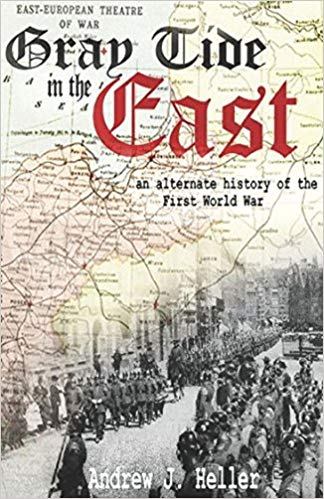 August 1914: On the eve of the German invasion of Belgium, Kaiser Wilhelm II receives a telegram promising British neutrality in Germany’s war with France if Belgium is left be. Over the objections of German High Command, Wilhelm send the German armies preparing for a Belgian invasion east to deal with Russian forces.

With Germany focusing on the east and British forces never joining the war, how will the world in this alternate Great War fair when the Gray Tide finally settles?

When it comes to alternative history, the First World War is rarely ever explored; in favor of the Second World War and the American Civil War. This is a shame as I can think of very few events that have had a greater impact on the 20th and 21st century than the First World War.

The First World War saw the final destruction of absolute monarchies, the rise of communism and fascism as political philosophies, and the slow but steady transition of colonialism to neocolonialism. It is a fascinating and transformative time, and yet rarely explored in favor of “If the South Won the Civil War?” and “If the Nazis won World War 2?”.

That’s why Gray Tide at the East almost immediately caught my eye. While rather short for an alternate history novel, Andrew Heller’s work is incredibly well-written. You are quickly drawn into the world and its characters (who are all real historical figures) as they experience this new World War.

A key feature of this novels success in my eyes is the believability of its POD, or Point of Divergence (the moment where history is altered), and its lack of reliance on what the alt-history community calls “alien space bats”. A focus on realism lies at the core of this story, and Heller devotes a great deal of time to explaining his research and reasoning behind the world he creates.

Though this focus on realism does create an issue with regards to the characters. For the most part, none of the characters have an arc or grow throughout the story (an exception might be made for the American reporter, Ray Swing, who acts as a unifying presence for many of the various perspectives of the war and becomes a central element of the sequel story). In truth, most characters seem to exist largely for the reader to passively observe the events of the story through them. While this is certainly an interesting take and one I personally don't mind, I can see how it could come off as somewhat dry or distant to other readers.

Another issue I have is the length of the story. I rather wish we were given greater perspectives in the world, and a glimpse into how the changes are impacting the cultural lives of people throughout the world. We see very small moments, like the French Indochina plot element, and it is focused much more in the sequels; but I personally enjoyed this concept so much, I wished that I could’ve spent more time in the world.

So while this review is rather short, I feel that saying anything else could spoil the joy of reading it, and I do recommend reading it. While I wish it was longer and that the characters had a bit more impact on the story overall, the quality of the writing and research and the passion of the author for the alt-history concept make this well-worth your time and an excellent introduction to the alternate history genre.