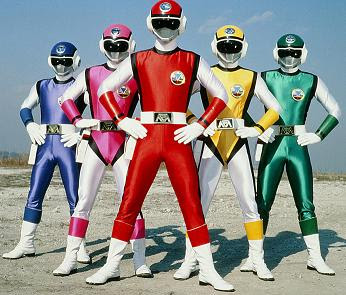 The episode begins with some narration explaining the back story of our 5 rangers. All five of them were abducted as babies in 1966 and 20 years later they became Flashman. This will likely play at the beginning of every episode. 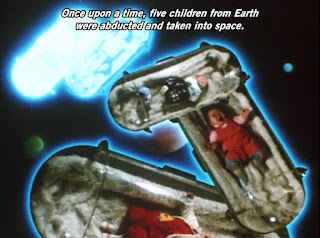 One theme song later, it is UFO time. 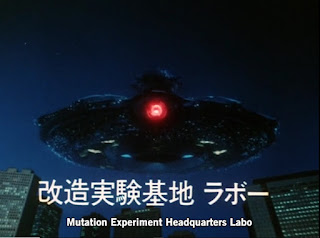 This lovely flying saucer is home to our main villains.


This lovely band aliens arrive on Earth to great surprise that it is full of life. They watch various animals and people on their screens and are surprisingly very happy by the booming life. Good thing every UFO comes equipped with world wide surveillance cameras capable of following animal movement. What makes all this life so great for them is there plans for mutation experiments on lifeforms. With so much life, there is a good chance they will be able to create the ultimate and strongest life form, after various other planets failed to produce any satisfactory results, and use this life form to conquer the universe.

I will give them some originality credit on that plot. Except for the conquest part; the universe is a little too big to reasonably be able to rule over.

It then cuts to the rangers out in space. Since there abduction, they have all grown up to live on their own color coded planets and have space ships while speaking fluent Japanese. The age old alien plot-hole. 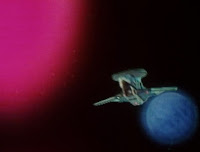 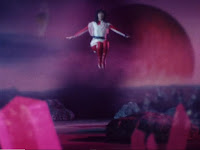 Jin called all of them to his red planet, Planet Flash, to let them know that the villains, called Mess, have finally decided to attack Earth. Good thing they just knew all that. Returning to Earth should pose a problem, but luckily Jin found a cave that leads to a secret underground rocket on his planet.

It makes sense. I totally would not have noticed a giant cave leading to metal doors with a fully furnished rocket either.... These Rangers reek of Plot Convenience.

Some Alien figures show up on a screen warning Jin not to launch, but they all ignore them and take off towards Earth.

While the Rangers are flying back to Earth, the villains are creating the first monster of the week. To do this, Dr. Lee plays an Organ connected to a bunch of DNA pipes that creates a mutation, or something, and then sticks an artificial heart into the creation. They also had a long number code sequence. Over complex much?

This elephant/brain thing along with this seasons foot soldiers, Labo Fighters, and the 5 Mess gang are sent to Earth to test their strength. Wait, if they want to continue doing DNA experiments on the Earthlings,why are they destroying them?

All these bad guys arrive on Earth, blow up a bunch of buildings, and kill people left and right. I can never get over how violent these older seasons are. 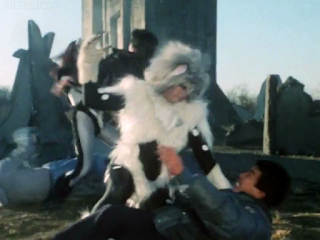 One would expect this to be the point where the Rangers show up, but that was kind of skipped over as they are already on Earth in their Zord equivalents and fighting off the Mess. Seriously? At what point was it even established that they brought those vehicles with them? 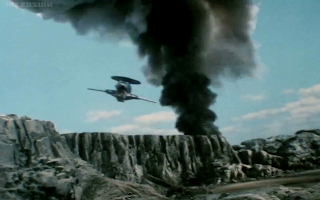 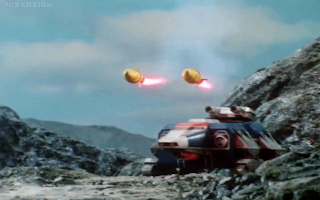 Finally, after a bunch of Mess ships get blown up, the Rangers arrive face to face with the bad guys. 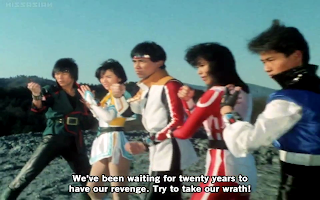 I think they skipped a few too many parts for that statement to mean anything.

Breaking tradition, the Mess villains do a role call instead and we get our first proper unmorphed battle. Despite dated effects and the sun glaring on the camera, this fight is actually quite good with decent choreographs and action. 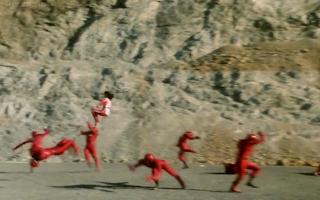 Although they really love the tightrope in this season. It has been used by almost every ranger at every possible moment.

The 5 rangers are able to defeat the Labo Fighters but the 5 Animal looking Mess members prove too much, so they decide it is time for Prism Flash. That is their morph call. The transformation scene isn't bad for the time. 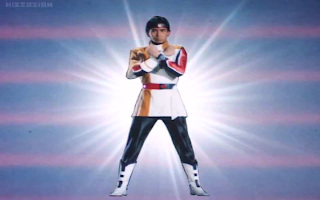 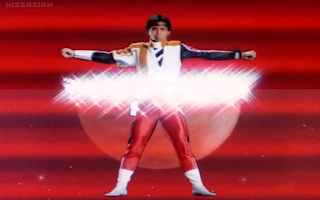 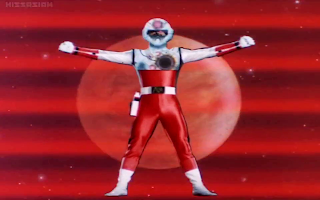 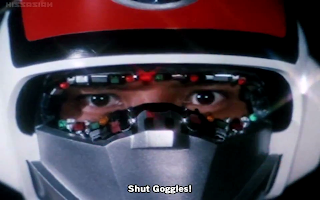 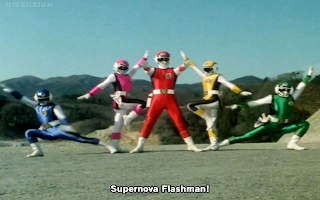 Before moving on, seems like a good enough place for the Ranger role call.

Jin: Red Flash. The leader of the group who does all the decision making. He loves science and is very smart when it comes to machinery. Defiantly gives off the vibe of a fearless leader at times. 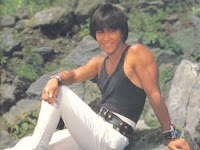 Dai: Green Flash. Second in command. (Surprisingly that role isn't blue.) Little is said about him in this episode but he is set up to be the physically strongest of the group. 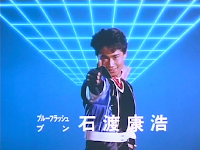 Bun: Blue Flash. The speedy member who is really good at climbing walls. Specializes in survival skills. Not much personality revealed in the first episode.

Sara: Yellow Flash. The cold and serious one who is actually a very caring person deep down. That old trope. She is the only one who's last name gets found out within the season. 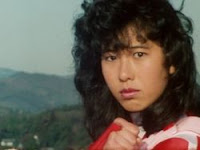 Lou: Pink Flash. The tomboy of the two girls. very good at jumping and, like green, also possess great physical strength with some deadly kicks. (Surprisingly, the roles of pink and yellow girls used to be reversed to what they are today.)

The morphed fight consists of each Flashman showing off their weapons which are all prism themed. Red has a plastic looking sword, Green gets two gauntlets, Blue turns into a morph ball, Yellow has two batons, and Pink gets a pair of shiny boots. That's some brilliant arsenal right there. But, they also have giant bazookas that are much more effective. Kinda making their prism weapons pointless. 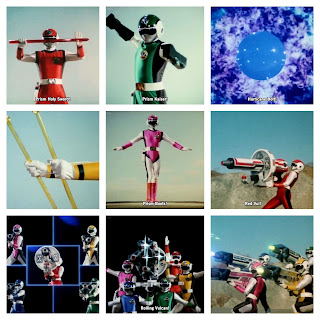 With the combined bazooka, the Flashmen fire a rainbow bean, the monster of the week goes boom, the other members of Mess retreat, and we are done. The episode ends with the 5 rangers by the ocean talking about how good the Earth feels when Jin interrupts them to remind everyone about their mission just for the sake ending the episode on a serious note. The end.

This is, a product of its time. All the effects are really dated, and the lower run time this era of Sentai has causes a lot of story important events to either happen off screen or be put off till later episodes. Acting is good and the villains are actually pretty interesting, but there are a good number of plot holes. Mainly, it is never explained how the Flashmen survived on these distant planets, how they knew about Mess, or even Earth. It is very likely that these questions will be addressed in future episodes, but that is a lot to leave out for an opening. Despite the flaws, it was still an okay episode. Anyone looking for some cheese 80s action will get their fill because the fight scenes, while dated, are still entertaining. Overall, I give this episode a pass. Not bad, but not great. 3/5
Posted by Cendoo at 1:50 AM