A DLC surprising absolutely no one (because it got leaked and we knew about the rainbow weapons for some time now.) 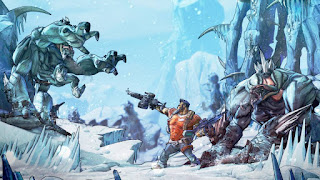 So the end draws near for the nearly seven year adventure Borderlands 2 has been on since its release in 2012... In this day and age, that's a helluva long life span for a game. I still remember being in high school, lacking any sort of internet connection because poor, so I played the base game solo on Xbox 360. 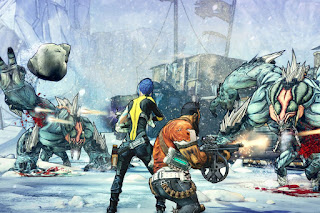 I was under level to fight the game's end boss (my stupid ass didn't grind because I just wanted to beat it... I'm not like this now, thank God) and paired with the fact my 360's power supply was nearing the end... I was having a bad time. So my friend literally walked half way across town with his Xbox profile on a USB stick to help me. He was Zer0, I was Maya. We had to rush because my power supply would randomly fail. It was glorious, my God. One big moment of teamwork. That's what I like about Borderlands as a series and why to this day, it still rocks the boat so to speak.

The community behind Borderlands is home to genuinely some of the nicest, chilliest people I've ever met. Sure, I've encountered assholes (such as random games I've joined immediately kicking me out or stealing my fair share of the loot from a raid boss) but all in all, it's brought all sorts of people together. 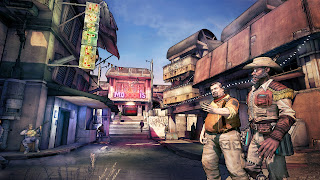 Originally for this article, I was going to do a proper review for the new DLC. But, I decided on this format due to the free form nature of how I discuss things. I might still do a proper review though, we'll see. Back to the DLC...

Commander Lilith and the Fight for Sanctuary (say that five times fast) is a swan song to a juggernaut of the looter shooter genre. It serves as a bookend for things to come in Borderlands 3 and sets the stage of what has become of the vault hunters. We also get introduced to something that was noticed quite a few months ago, rainbow/effervescent rarity weapons and items. Original speculation was that these could only be obtainable through the Borderlands VIP rewards but later leaks of the DLC itself proved this to be wrong. 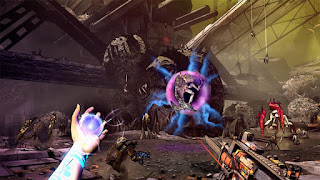 This DLC brought me back to a time where I used to party up with random dudes in random lobbies and we'd take on Terramorphous the Invincible to get his sick loot. Brought me back to when a random thirteen year old dropped a rare legendary weapon for me... Only for me to take it and get kicked out of the lobby. The DLC celebrates the game's past and thrives in it, not what is on the horizon for Borderlands. We even get to say goodbye to the friends we made along the road too... And say goodbye to Borderlands 2.
Posted by FenrisTheRogue at 9:20 AM