Continuing this look back on Dynasty Warriors, we have the second title that is the first hack & slash that this series in known for. While marketed as a sequel in America, it was actually the first in another series in Japan under the title Shin Sangoku Musou. This title change lead to a numbering difference in regions that still persist to this day. (Shin Sangoku Musou 2 = Dynasty Warriors 3, ect.) But, enough history lessons, (for now), click "read more" and let's see how this title holds up.

The story of this loosely based on the novel "Romance of the Three Kingdoms" which is based on the mass civil wars that went on in China from 190-280 AD. However, this game only uses that as a setting and takes a lot of liberties with the story. Before every stage, there is a short cutscene that introduces that battle and gives just barely enough information to understand the conflict.

However, for more detail, every level has a "background" option in the menu that explains the conflict via text and narration. 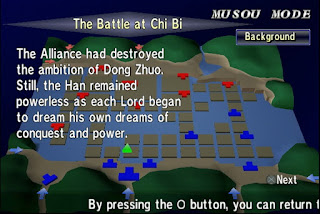 Of the 28 playable characters, 23 have a Story Mode or Musou Mode. However, there are really only 3 stories as every character from each of the 3 kingdoms, Shu, Wu, and Wei, all have the same story as each other. Basically, the story can be summed up as, all 3 were united and defeated threats to the land, but then all wanted control and went to various wars. Each of the 3 stories is one where their respective kingdoms win.

Dialog is barely worth talking about. Those brief pre-stage cut-scenes, the background, and when a character is selected are the only times there is any voice acting. Voice overs, are below average and a lot of them don't fit the characters. But, this is hardly a problem given how little voice overs there are. Besides that, there is plenty of in-stage dialog that can be summed up to the same things being said very time you do something like defeat a general, seal a gate, or kill another 50 enemies. Most of the time you won't even pay attention to them as they are just subtitles. 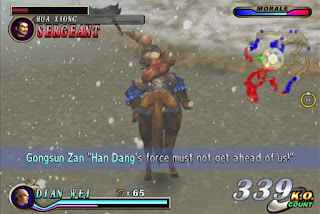 The down side is once in awhile these subtitles will actually say something relevant to the stage. Besides subtitles, there is one other form of dialog. Every time you come across an enemy general that isn't generic, (one that is playable) they will have a short scene introducing themselves. Also, another one when defeated of them retreating or dying.

Overall, the story and writing are as basic as they can be. Even the endings are all the same but with different colors, faces, and names. Pretty uninteresting.

This game is a typical hack & slash with easy to learn combos and every character feels just different enough despite controlling the same. 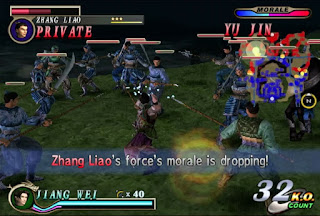 There is a standard 4 hit combo and a hard hit that can be added to any number of regular hits. Or, to sum up: 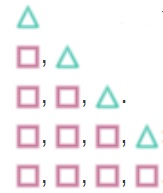 In addition to the basic attacks, there is a special attack or a "musou" that can be used once the meter under your health is full. These attacks can be countered, but offer some safety when fighting back. Also, every character has a bow and arrow for some distance. 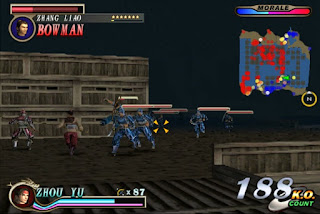 Throughout stages, there are items that can be found in crates, jars, or defeated enemies which can be picked up. These items include meat buns that restore health, temporary power-ups, more arrows, and the strangest of all, memory cards that fully heal you and create a checkpoint in the stage. 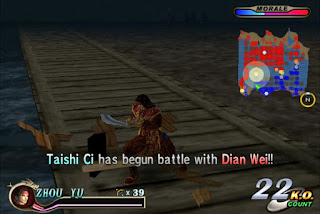 This item check-point was a poor decision. They are easily missed and not placed in good checkpoint locations, some appear right at the beginning of a stage.

Characters do not gain any new equipment or items. But, they're stats do increase with every stage complete based on performance.

The objective of each stage is very straight forward, try to reach the enemies leader through waves of enemy soldiers and generals and take him out. Along the way, there will be various doors that won't open until a specific enemy general is defeated. Also, there are gates that spawn enemy soldiers that can be secured by taking out the "Gate Captain".

At its core, the game play is solid and fun with good tight controls and I will always love this game for creating the original foundation of Dynasty Warriors. Sadly, there are 2 crippling flaws that keep this game play experience from being great.

First problem, the difficulty spike. The Musou Mode has 5 stages and the difficulty shoots way up going from the second to the third. This makes grinding in free mode almost mandatory to clear a campaign on normal or hard. At one point I got frustrated enough to drop the difficulty to easy, but that worked too well. On easy mode, the game is insultingly easy. Which makes scenes, but it puts you in an awkward decision between too hard or too easy.

Second problem, enemy generals heal themselves. This also adds to the difficulty problem. Every time an enemy general gets up from a knock down, they have a chance to use an item and most of the time it is a heal item. The more significant the general to the stage the higher chance they will heal is and this can make taking out a leader become a long drawn out battle.

There is a way to avoid this, simply end your combo early can don't knock the opponent down. But, that way of playing is not nearly as fluent and your allies could knock them down for you so, this was just a stupid design decision.

Overall, game play is fun and addictive, but the mechanics show a lot of room for improvements.

The voice acting in this game is below average to say the least. Names are pronounced horribly wrong left and right, a lot of voices don't fit their characters too well, and the acting itself is sub-standard. However, there are so few moments with voice acting that it hardly becomes a problem.

Music and sound effects are quite good. There is nice fitting music in the stages, menu's, and even a cool victory tune when winning a stage.

A mixed bag between the two, but audio overall should not offend anyone.

Visually, this game reeks of an early title for the PS2. The characters and stages are only a bit better than PS1 standards and there is a noticeably low draw distance complete with enemies disappearing and re-appearing. 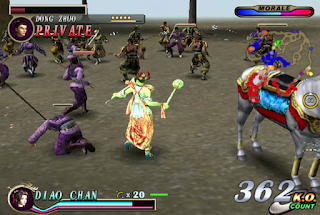 Stage design, for the most part, is not bad though. There is a fair amount of distance between you and the enemies leader and you will have to fight through a good amount of resistance to reach them. Except on easy mode. 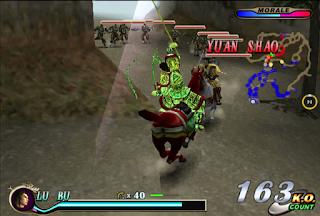 To sum up, graphics were okay for the time but haven't aged well, but nothing is down right ugly, and character animations at least still hold up.

Dynasty Warriors 2 set a lot of standards and the series owes it a lot, but as a stand alone experience, it has not aged well. I can forgive a lot of unimpressive aspects about it since it was one of the first PS2 games released, but expecting the player to play through the same 3 stories 7 or 8 times each with the only reward being more characters and the difficulty balance problems is a lot to swallow. Is there anything this title does exceptional over the others? Surprisingly yes! Enemy flying physics. When enemies are sent flying by an attack, they can knock into other enemies. 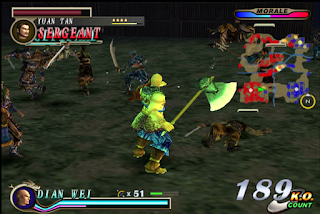 This is a little mechanic that does not return for later titles. A silly thing to highlight? Maybe. But, I have definitely seen a lot of fans point this out.

All in all, Dynasty Warriors 2 is a product of its time and is worth a quick look just for the historical significance despite aging badly.