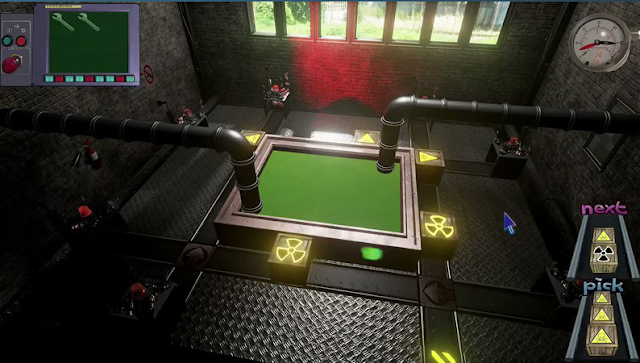 This game has you take the role of a player who must work for a fat greasy man named Mr. Boom.  Mr. Boom is a very questionable man with a fireworks factory that produces fireworks of questionable quality.  It's fishy, but a guy's gotta eat.  The story is progressed though short segments that happen before every level. 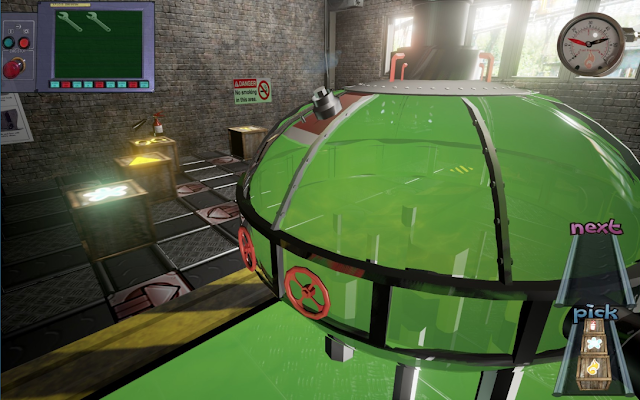 Gameplay is a puzzler where you have to guide boxes along a conveyor belt and into a pick-up claw.  It sure sounds easy, but it isn't.  There are arrows on the field that can be changed in direction with a simple click of the mouse. There will be challenges where you'll need to get a certain box to the end, but that certain box won't appear until after certain other boxes are produced.  Yeah, I should mention that the boxes have different packaging stickers on them.  So, you'll soon learn that you'll need to find ways of juggling the boxes around while waiting for the correct box to show up.

Why not just dispose of the juggling boxes and get the level over with?  Well there Mr. Smarty-pants, the boxes are full of unstable fireworks and they'll explode when they hit a wall or each other.  You do not want this because the contents of the boxes includes stuff that will effect the field, making for an even harder time.  This isn't always the case though, some levels do require destroying certain boxes, adding more on to the puzzle.  Plus, you need to get most (all on some stages) in order to clear the level.

These puzzle can get tricky but it is very satisfying when you have figured out the correct method.  Sadly, brains aren't enough in this game, you'll need to use your reflexes as well and this can get as tough (or if not tougher) than figuring out the correct path itself.  You can obtain items to help you along your journey, but I found that trying to solve the puzzle the ordinary way to be much better.  Not saying that the items are a hassle to use, I just preferred not to use them.

The controls are very simple with the player only needing the mouse to click on the arrows and the WASD keys to control the camera to get a better view.  They are also very responsive which is great and necessary for the fast paced parts.  The levels in this game are very fun to play and all are quite varied in design.  There wasn't a moment where I felt like that I was playing the same level twice which is refreshing to see in the puzzle genre.  I even had fun replaying the levels trying to get the best rank on them all.

One problem I had was trying to figure out which box comes and goes next.  It got to the point where I had to make notes and remember the pattern.  I did figure out that there's a section on the bottom right corner that tells you all of this information.  The reason why I never noticed it is because of the dark coloring and how it blended in with the levels making it not as easy to notice as it should've been. 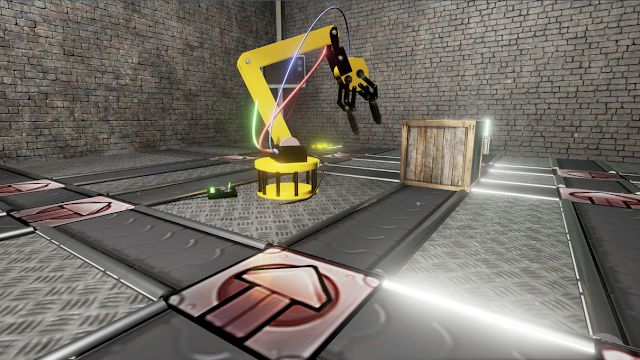 The graphics are basic with a lot of greasy and ugly textures.  This isn't a bad thing though, it is very appropriate for a game with a factory setting and gives the game an oddly enjoyable charm.  Sadly, not all of the graphics worked, the item winning screen has graphics that are so ugly that they are hard to look at.  This is a very small portion of the game though, it won't ruin your experience despite the ugliness. I did enjoy the graphic for Mr. Boom, he has a very shady and sleazy aura to him which matches perfectly with his dialogue and attitude. 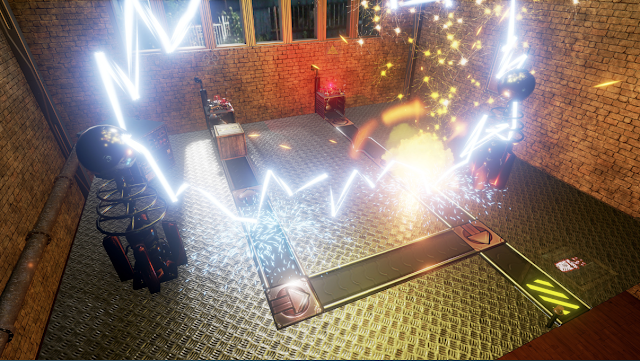 The soundtrack is nothing special on its own, but like the graphics, sound was used very appropriately and went perfectly with the factory atmosphere.  The voice acting is very fun to listen to and adds another layer of fun to the game. 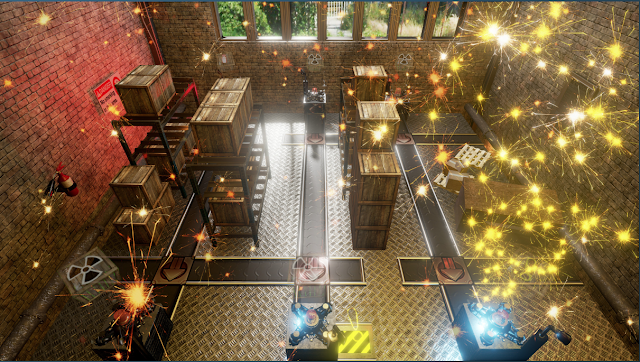 Overall, this is a puzzler that's far from being perfect, but it is still a solid little puzzle game.  I give Mr. Boom's Firework Factory a very solid 7 out of 10. 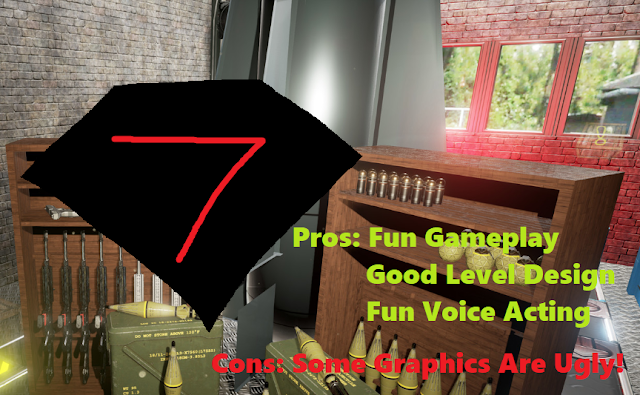 Posted by Retrokaiser at 9:02 PM