Wanna read about me rambling about MMOs for a minute? This is the article for you then!
Recently, I started playing Final Fantasy 14 due to Pat from Super Best Friends/Castle Super Beast fame talking about it on the podcast he shares with Woolie... And while I'm no stranger to MMOs in any capacity at this point in my gaming "career"... It's been a daunting experience so far. My total playtime has been around roughly ten hours now and while the learning curve isn't damn near as steep as Black Desert Online, it's still new and exciting to shiny-eyed me.

In my current position in life, my free time bounces from plentiful to constantly busy due to the on and off bullcrap going on. So occasionally, I have to fixate on one game and one game only. Due to random chance, MapleStory 2 kept popping up on my Steam recommended for a couple days. Mind you, this was before I actually got a desktop so I was browsing on a laptop that could barely emulate N64 games, let alone run half my Steam library at the time. Nonetheless, I was interested. I had seen ads for the original MapleStory as a kid, dating back to at least 2007. It always intrigued me then and having an opportunity to play it now, I took it to play the sequel.

I was surprised the game ran so decently on that dinky laptop, especially after I turned off all the fancy effects and settings. I started as a Thief... Which at the time of starting the game was apparently one of the worst classes to play in the endgame. But I loved the accessibility in the game, the fact I could use a controller since I'm still new to keyboard and mouse controls, and the leveling system.

I steamrolled the campaign of the game. I can't remember the exact amount of time it took me but it was probably a couple days. Then I found out the main campaign could be beaten in like four to six hours (if you know what you're doing) and was absolutely flabbergasted. So I began work on my Heavy Gunner... Then my Priest... Then my Assassin. The only other character I got close to max level at the time of stopping. I left my computer on while I slept to level up my trophies in other people's houses built specifically for the task... Probably part of the reason why my old laptop overheats now as soon as you turn it on, heh. 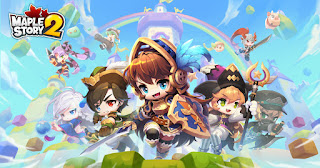 MMOs, at least in my personal experience, are one helluva escapism tool. You become... Anyone within the confines of the world laid out before you, like a freshly cooked steak at the local steakhouse. It's up to you how you season and flavor your steak in this analogy... In other words, it's up to you to seek what you become. That facet and feature in MMOs alone fascinates me to no end. You don't have to be you. You can be a random cat dude who punches stuff named R'jesal Nunh or a demonic scarred thief named Azreth, at least in my cases.

If you're the kind of person that has fixations on one singular thing for months on end, MMOs might be the thing for you. Maybe you'll make lifelong friends and wreck dungeons and world bosses along the way too.

Posted by FenrisTheRogue at 2:29 AM