Tired of his lackeys failing him, Emperor Guillotine summons the most feared profession in the field of science: a botanist. Doctor Botanus, to be precise, has concocted a plan so diabolical that it is organically genius. By planting a seed of the most vicious plant from planet Gargoyle onto Earth, the plant will devour all life as it expands across the land. Will Johnny Sokko and his flying robot be able to stop this vine of doom? Click 'Read More' to find out!


Overall Opinion: Light Recommendation. Doctor Dorian is overused as the lynchpin for revealing the Gargoyle Vine's weakness. He gets the bulk of the attention when he should have been killed by the Gargoyle Gang. The lack of consistency hurts the overall story, but the fight scene with the robot against the monster was done very well and makes up for the mostly boring moments.

The episode begins with Emperor Guillotine welcoming Dr. Botanus to the Gargoyle Base on Earth. Greatly angered by his incompetent soldiers, Guillotine hopes Botanus will have a more sophisticated plan that eliminates the need for their use on the battlefield against the giant robot Johnny Sokko commands. Doctor Botanus proposes to use the deadly Gargoyle Vine found on Emperor Guillotine's home planet. Because it is a naturally superior plant than anything found on Earth, it will quickly populate the surface and destroy everything in it's path. However, Dr. Botanus needs the help of Dr. Dorian, a human botanist who will have a better understanding of the mutations needed for the plant to tolerate the Earth's atmosphere.

A quick drive to Dorian's house and some punches later: Dr Dorian is carried off to the Gargoyle Base where....COMMANDER SPIDER ORDERS HIM TO HATCH THE VINE SEEDS!? 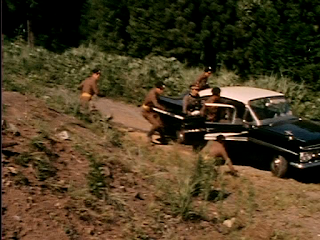 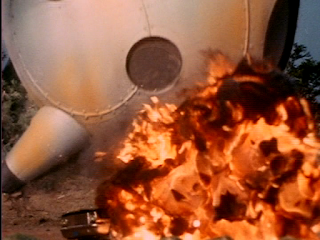 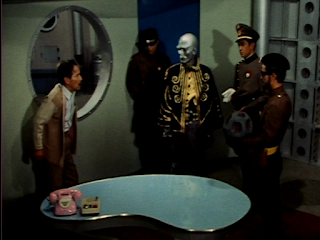 Commander Spider and his henchmen are so cool, they can revive themselves at will.
(Dr. Dorian on the left, Dr. Botanus in the gold coat.)


Initially Dr. Dorian refuses to assist in sprouting the seeds, but Dr. Botanus convinces Dorian through the use of elective brain surgery (which was very gruesome and overall intriguing to watch.) After sprouting the first seed of many, Dr. Dorian snaps out of the mind control and once again, refuses to help the Gargoyle Gang any longer. Satisfied with the first seed, Dr. Botanus allows Dorian to leave under the condition he is unconscious as he leaves so he cannot disclose the location of the secret base. 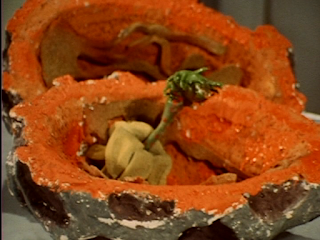 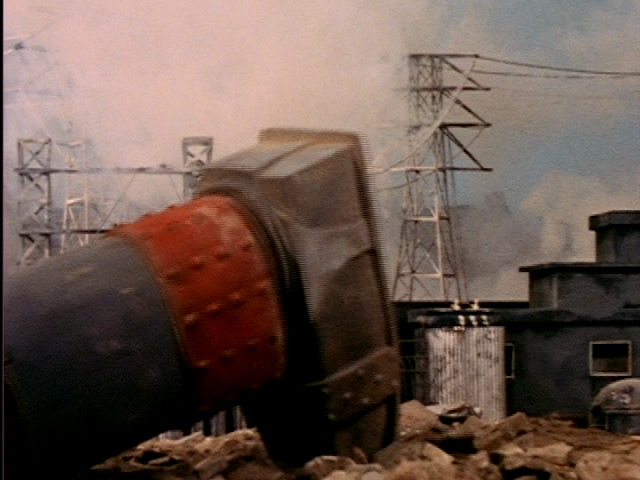 
While a neat way to defeat the monster-of-the-week, I was disappointed as to how it was done. The Gargoyle Gang will kill people on sight, let alone when they are done using them, so why allow Dr. Dorian to leave? They could have shown the monster was scared of electricity during the fight, but I'm guessing they ran out of time filming the fight segment. Still, it is completely out of character and tarnishes the reputation of the villains.

They dedicated nearly twelve minutes on Dorian when he was only important with sprouting the first seed. Granted, the writers did show off how evil the Gargoyle Gang are by cutting Dorian's skull open to inject a drug in him for the mind control to work, but I personally felt the show was stalling for time due to how long the pointless banter was going on between the two doctors. That and they have a scene where Johnny Sokko finds Dorian's research on the Gargoyle Vine yet he doesn't utilize it. It further reinforces how rushed the episode was.

As much as I'm nitpicking, the episode was pretty good with maybe 4-5 minutes of the show having filler. That ain't too bad in comparison to other series. One last thing: I was mildly surprised they reused Commander Spider and the four henchman who were always with him. I'm assuming the writers just treated them as generic mooks and if they die in the episode, it doesn't matter if they 'come back to life' in a future episode. In a way I'm happy because they have a great look and it would have been horrible to lose those actors. 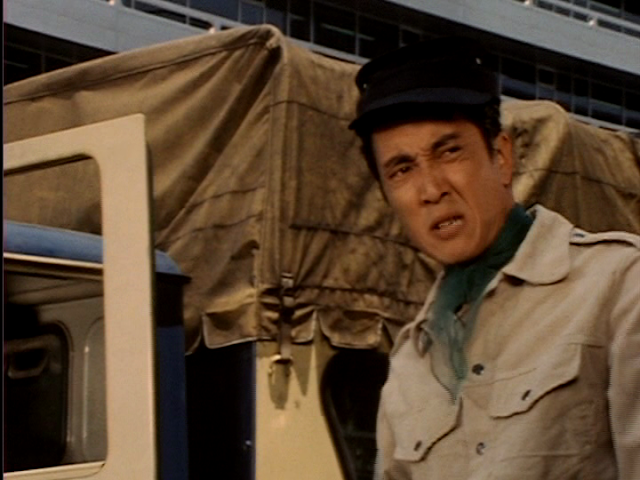 Florist Spider, disgusted as he should be.
Posted by Roy Kingston at 10:00 PM