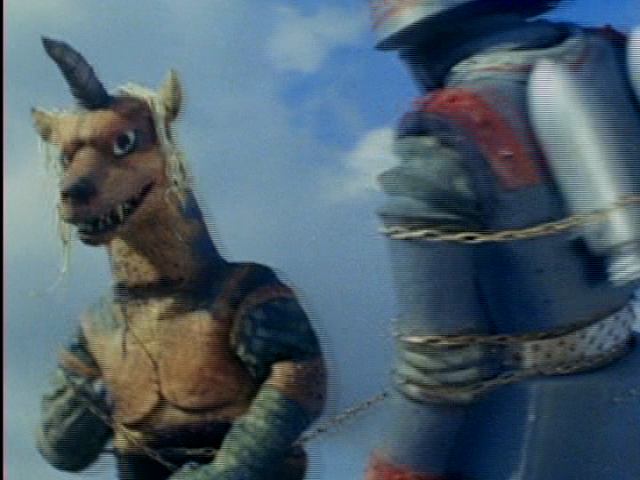 Where there is oil, there will be blood. This time however, the blood will be spilled over the destruction of oil instead of the squabbles with harvesting it. Emperor Guillotine wants to destroy all of the Arabic oil supply and cause an energy crisis to cripple the world's military forces, making it easier to conquer Earth. His avatar to enact such a plan: The Ligon-Tyrox.

Find out if Johnny Sokko can defeat this strange monster by clicking the "Read More" hyperlink below.


Overall Opinion: Light Recommendation. Either the translation team really botched the dialogue, or the script was incoherent. They turned Johnny into a golden child who becomes an expert at everything and made the defeat of Ligon-Tyrox very underwhelming. They also switch voices for several of the characters throughout the episode, making it a bit jarring to those watching. Still, there are enough good action scenes to make it worth watching, but it is certainly the worst episode so far.

The episode starts at the Gargoyle Gang's hideout where Dr. Botanus is being instructed by Emperor Guillotine on what his next assignment will be. Guillotine wants Dr. Botanus to use a new monster called Ligon-Tyrox to destroy all the oil reserves in Arabia so he can cause chaos with a sudden energy crisis.

For reasons unknown, Dr. Botanus discovers that Egon Hino, a geophysicist, developed a hypersonic drill for the purposes of drilling further down the Earth to reach oil pockets previously unobtainable. Dr. Botanist coerces Egon through the power of killing everyone on Egon's drill team until he surrendered. After that foray in reminding you the bad guys are bad, Tyrox is ordered to start attacking oil refineries and succeeds with flying colors.

Back at Unicorn Headquarters, U1 informs U3 (Jerry Mano) that the Arabic division of Unicorn has gone silent and that Jerry is needed to investigate what happened. U5 (Now known as Mitsuko Hino) shows concern that her brother might be in danger because Egon is apart of Unicorn Arabia. Both set off to (Saudi) Arabia and to no one's surprise, Johnny Sokko follows along through the use of his giant robot despite being told to stay home. 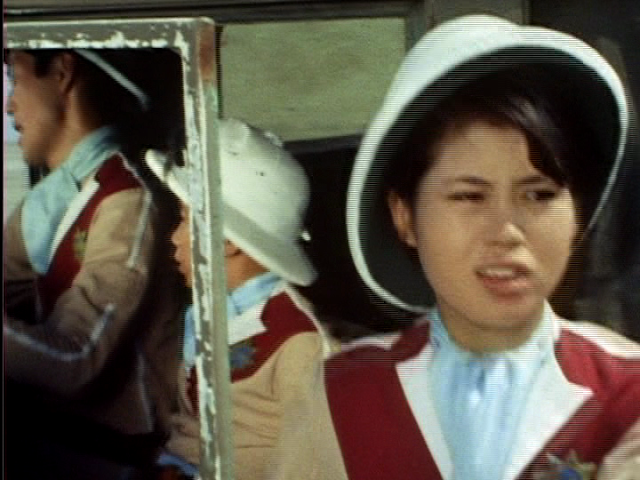 
The three discover a pyramid not shown on the local map of the area. After entering it, they notice the tomb is well kept and surprisingly stocked with ancient treasures. In the center of the pyramid stood a giant statue that had scales for skin and the head of a lion. Unable to get any further answers in the pyramid, they head off to their hotel and sleep for the night.

Mitsuko, believing that there is something strange going on in that pyramid, wakes up at night and enters the tomb by herself. Her curiosity proves useful as she sees the foot of the statue is hinged open, with Gargoyle Gang members entering the foot. She is knocked out when a hidden Gargoyle member clubs her head with a pistol. She is then carried into the statue for interrogation.

Johnny Sokko wakes up a few hours later and notices Mitsuko is missing. Once again, for reasons unknown, he immediately heads to the pyramid to look for Mitsuko. Sokko also spots the foot is open and enters the statue. Suddenly, the foot closes and Dr. Botanus orders to activate Tyrox. The statue shakes violently and it is revealed the statue is actually Ligon-Tyrox. 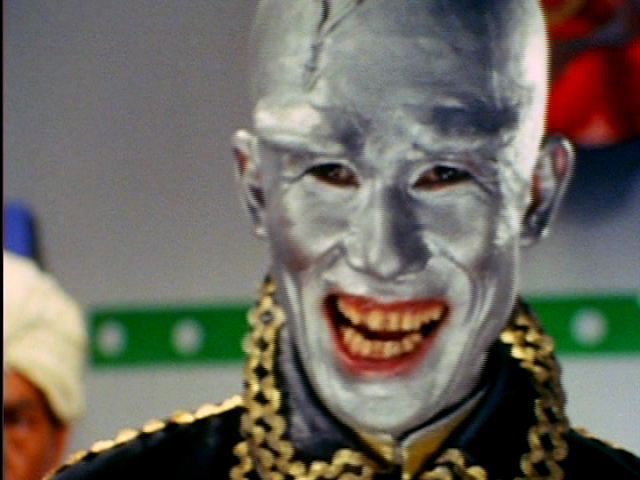 Dr. Botanist shows kids why they need to brush their teeth at least once a day.


And once more with feeling, Johnny Sokko somehow finds a costume to blend in with the Gargoyle Gang. He navigates his way through the Monster/Machine and discovers where Mitsuko and Egon are being held. He frees them, plants a bomb in the engine room of the machine, and disables Tyrox when the bomb destroys the engine. Oh, and the giant robot shows up to punch Tyrox a few times after it ceased to function. 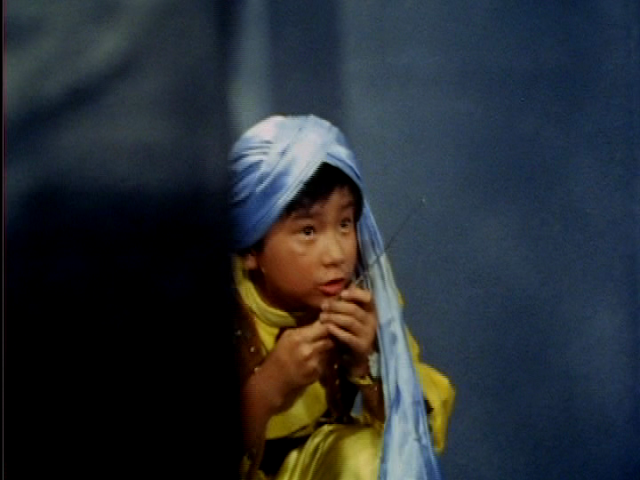 Dude, not even the Arabic division of the Gargoyle Gang dresses like that.
You ain't fooling anybody.


It is unfortunate that this episode got sullied with too much going on at once. I understand the writers wanted to have an excuse for U5, aka Eye Candy, to be in the episode, but they barely utilized her character for anything important. They also changed Johnny's personality to that of a super genius who is secretly an adult dwarf. He should be a little more naive like in the previous episodes because the change comes out of nowhere and is used to solve every problem instead of having the other characters deal with said problems. For example, when did he learn how to operate bombs? That should have been done by another character.

Even though the pacing and logic were bad, they still had cool moments littered throughout the episode. The awesome moments like Dr. Botanus having Egon's drill team killed off one by one as well as a fight scene with a spy redeemed an otherwise poop sandwich. Seriously, the Arabic chapter of Unicorn? The Arabic chapter of the Gargoyle Gang? That is a little too silly for the serious tone the show portrayed so far. 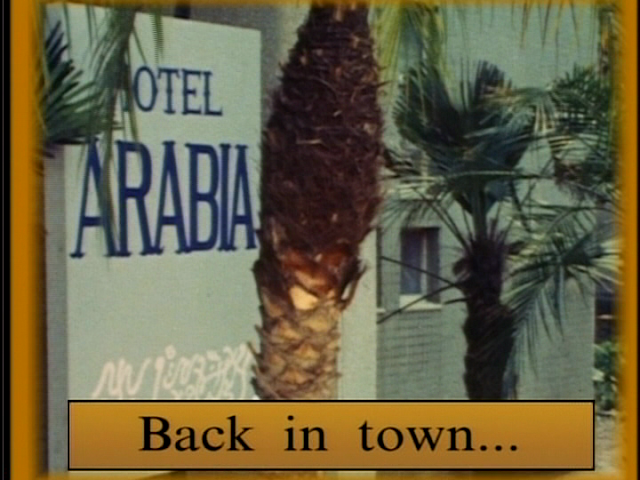 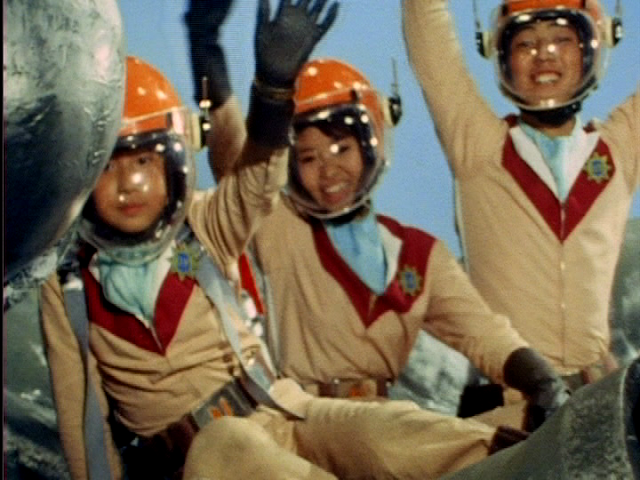