Well, this is an interesting scenario to be in as a reviewer. Detonation is the current game, but this title is so short that beating it may take less time than actually reading a fleshed out review. So, let's keep things nice and simple. Click "read more" for my review.

No story is ever mentioned in game, but it is not hard to deduce the scenario. You take control of a robot and are trying to escape a space ship. (An alien space ship full of secrets according to the games description.) That is basically all we are give, and all we need. No dialog.

Game play for Detonation is a retro puzzle/rhythm style game. It is a one hit death with no way to defend yourself against enemies so the puzzle aspect comes from having to avoid enemy patterns. 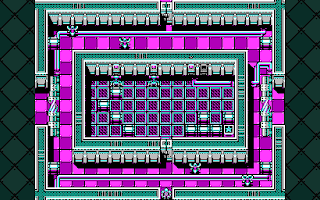 The goal is to reach computer screens to turn off barriers that block your path. Since the game has grid movement and everything kills you with one hit, timing is everything. This presents a challenging, yet fair difficulty. However, eventually, you will rescue a prisoner that allows you to kill enemies by having the prisoner and an enemy come into contact with each other which makes the game drastically lowers the difficulty. 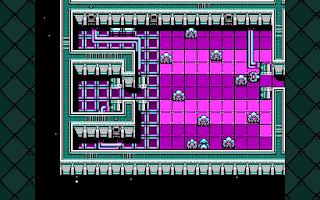 After this point, the only challenge left is trying to collect all 10 hidden stars in the stage before exiting. Since there is only one level that would only take around a half hour to complete otherwise, a 100% completion run is recommended.

Music in this game is a classic chiptune style of tune. While it is a catchy and well made edit, there is only the one track in the entire game. The only other sound you will hear is the stock "being hit" sound effect whenever you die and a little spiraling noise for respawning. 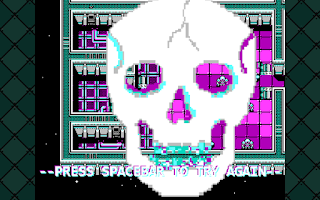 Nothing bad, but bare minimum.

Visually, the game is an intentional throwback to early CGA colors, or IBM's first graphics card with color which consisted of a lot of purple, pink and greenish blue. 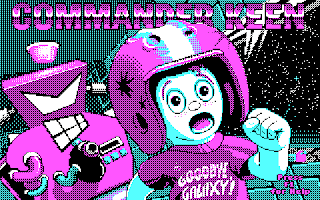 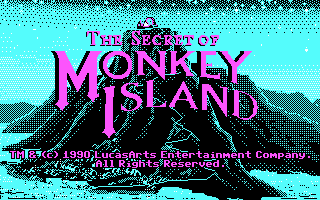 It is a pretty faithful recreation of the CGA color scheme, but why do it? I cannot imagine there being a large group of people to have a high desire for primitive graphics cards, other than nostalgia. However, I will at least say it is a unique quality.

One other interesting note about the presentation is that every time the player dies, the body stays where they died. 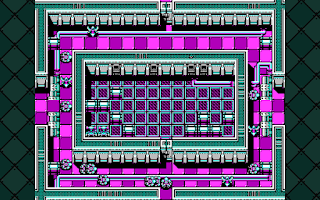 This was probably done for reasons involving the no-death run achievement, but also pretty funny.

Detonation is not a bad game, just really short with a not very broad audience. Considering the game is only $0.99 and is on sale (as of writing this review) for $0.49, I would say you do get your moneys worth. For the short amount of game play there was, it was fun, so I will give this game a pass. Nothing majorly bad or great about Detonation, it is just a cheap, okay game that may light some nostalgia for old PC gamers.