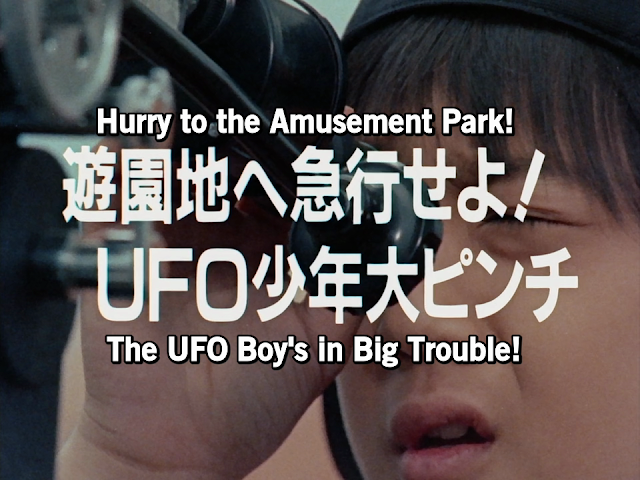 You ever get that feeling like you've seen something before? The kind of image where a boy sees a Makuu spaceship and is kidnapped for telling his friends about it? What about the feeling of confusion when a monster doesn't match the theme of the story? Well, prepare your butts, because all of that and more happens in the first twelfth episode of Space Sheriff Gavan!


Overall Opinion: Skip. The fight scene with the Monster-Of-The-Week was decent with a better variety of combat compared to other episodes, but the story was slow and almost a repeat of the first episode. It isn't a bad episode at all, but largely uneventful in regards to the plot and can be skipped without missing much.

The story starts at Oyama Amusement Park. A boy named Makoto peers through a telescope atop his father's restaurant and discovers Makuu ships flying around Tochigi mountain. Because reasons, Doublemen disguised as attendees of the park witness Makoto telling his father about the 'UFOs' and threaten them to be silent about the UFO sighting. Even under pressure, Makoto can't help himself to at least tell his cousin, Yochi, about the sighting. Gavan overhears the conversation and proceeds to investigate the park for clues of the Makuu whereabouts. 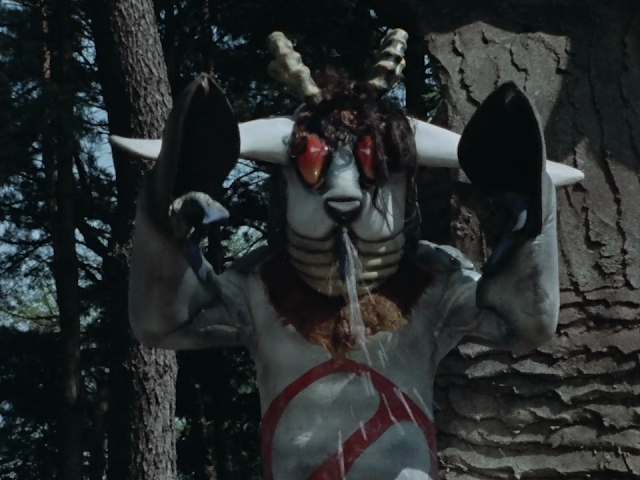 
While Gavan searches the amusement park, Hunter Killer and the monster-of-the-week, Goat Monster, visit Makoto to remind him about staying silent. Goat Monster sprays spit on the boy and causes his hand to expand like a balloon. Makoto agrees to shut up after a few seconds of recoiling from the pain.

Once again, because plot, Gavan finds Makoto on the roof of the restaurant. Even after being told to stay away from the whole UFO nonsense, Makoto is trying to find where the UFOs landed through his telescope. Makoto denied seeing any UFOs to Gavan, but Gavan saw through his statement and noticed the telescope was positioned at the Oya Statues on Tochigi Mountain. Guessing the Makuu spaceships were spotted around Tochigi, Gavan prepares to leave the park and head towards the mountain when suddenly, Goat Monster attacks! 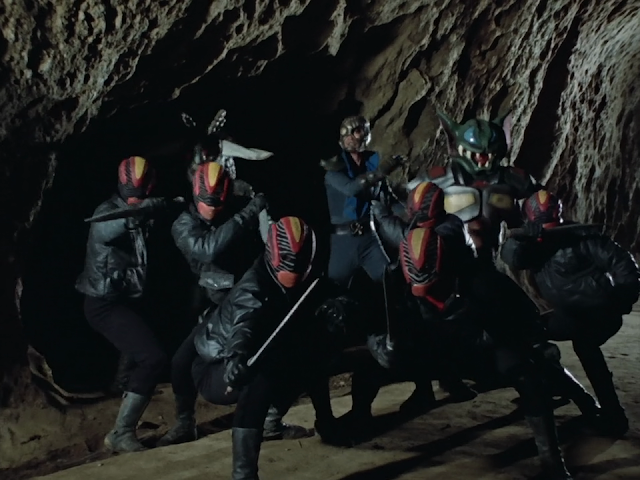 The hottest boy band in the galaxy fades Goat Monster to the back row.


An epic dance breaks out between Gavan and the Goat Monster. Some ridiculously sick moves are done throughout the fight, such as Goat Monster riding a Merry-Go-Round and punching Gavan as it spun around. In the middle of the fight, a Doublemen takes Makoto and carries him out of the park. Gavan loses sight of them, never to be seen again....THE END...oh wait, just kidding.

ONCE AGAIN, because reasons, Gavan's friend Mimi, transformed into a bird and hid in Makoto's pants. She escapes the area where Makoto is being held and informs Gavan of where Makoto is being kept. Gavan infiltrates the place and starts unlocking Makoto's cell door when out of nowhere, the floor beneath Gavan collapses. It was a trap! 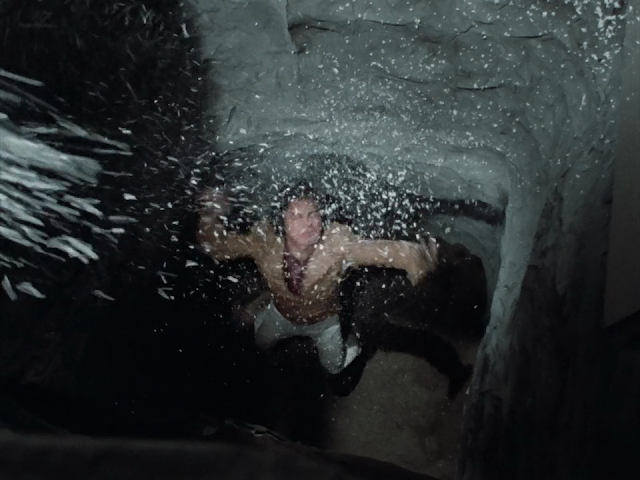 Poor Gavan. I can't bear telling you what is happening to him in this screenshot.


A few maniacal laughs later, Hunter Killer orders Goat Monster to spew all over Gavan. Trapped, Gavan does what any normal TV show does when pressed for time; he acts completely unfazed by the dangerous spit and jumps out of the trap hole mid transformation. He defeats Goat Monster and the Doublemen who kidnapped Makoto. Oh yeah, the actual reason for the hidden base inside Tochigi mountain was to house an earthquake machine to terrorize Japan. Gavan blows it up in the first 5 seconds of the fight between Goat Monster and the Doublemen. 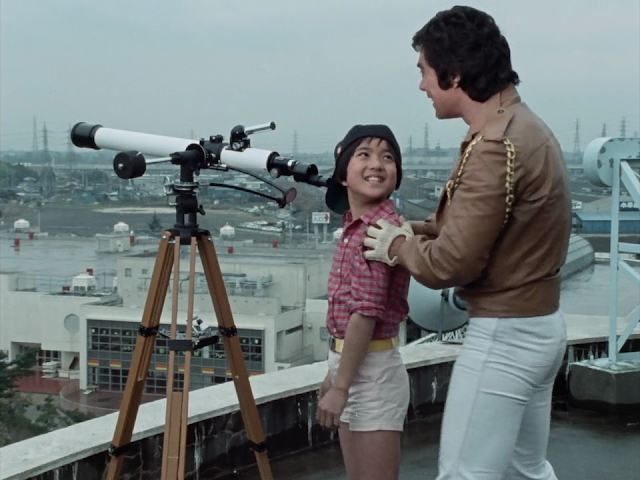 As you can tell from the summary, there are a lot of plot conveniences in this episode. It hurts the suspense by making absurd excuses as to why the story continues. The combat scenes were very good and are the only real reasons to watch this one. Not bad overall, but not great either.

My main complaint at the start of the summary stems from the plot of this episode. It is identical to what happens in the first episode. Boy spots 'U-fo-da', tells people, gets kidnapped, Gavan saves the boy. If it wasn't for being a repeat of the first episode, it would be on par with the first episode in terms of quality.
Posted by Roy Kingston at 9:00 AM