Red Diamond back again covering the early access of a game called Nova Drift developed by Chimeric and published by Pixeljam. Things cannot get any more simple than this game so click "read more" for my full review.

I can quickly explain the gameplay of Nova Drift with two word, updated Asteroids.

To be more specific, the game is an arcade style shooter where you take control of a space ship flying around and shooting asteroids and other ships to gain a high score. As you gain more points, you level up and can choose upgrades and mods. There are boss battles and tons of unlockables earned for lasted a long enough time and earning enough points with your 1 life. These unlockables arrange from more upgrades to different variety of enemies, and possibly even more modes in the future. Sadly, since this is early access, the game is not yet finished and there is only practice and endless mode at the time of writing this review. 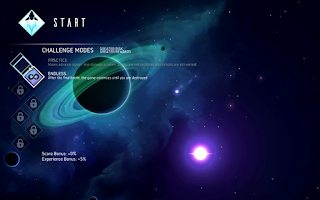 However, what is shown in the game currently has a lot of potential as the amount of customization that are unlocked through level up is very deep and the difficulty is extremely well paced. 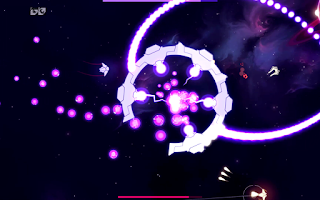 Controls are very simple. The game can be played with WASD, keyboard controls, mouse, or a controller. There is one button to shoot, one to thrust forward, and another button to use specific upgrades like summoning an ally. The actual control scheme varies on settings, but for an xbox controller it is left trigger to thrust, right trigger to shoot, and left stick to aim. You will always thrust forward the way you are aiming and going off screen will teleport you to the opposite side of the map. Overall, very simple game play with a lot of polish. But, still unfinished.

Sound effects and music are very quiet which can make it forgettable, but they are still very fitting for this type of game. Background music starts off almost non existent, but gradually increases in pace as the levels progress. Overall, a solid soundtrack, but nothing worth over examining.

The graphics are sharp, vivid, and overall very appealing to look at. There is not a lot of variety with visuals, as the space theme is constant. However, there are some nice touches like having the background move to give the impression of traveling through space. Also, a lot of colors are used for enemies and attacks with some very smooth movement making this a very appealing experience. 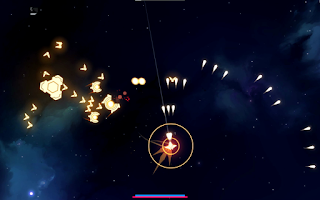 Nova Drift is a fun arcade style shooter with a lot of polish and potential. However, currently in its "early access" state, this game sits at a $15 price tag and it is difficult to recommend given how much of the game has yet to be complete. While I will recommend this title to anyone who is a fan of Asteroids or classic arcade feels, I highly suggest waiting until the full release before purchase.