Depression and Gaming: Five Games That Help to Calm Me Down. Uncensored. 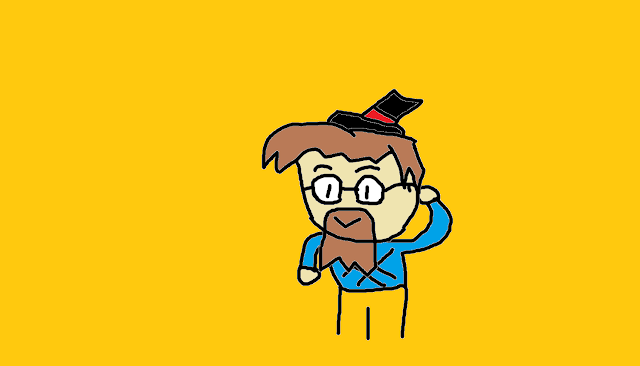 You know, depression sucks, it really fucking sucks.  Fucking abusive humans, life, internet rivals, nasty flashbacks of my childhood in Tasmania, nasty flashbacks of when I was nearly murdered a few years ago, annoying trends, shitty ex-co-workers (who are probably cumming in their pants just from reading that), ignorant people that just tell me to just "get over it" without having a slight understanding of what depression is, all this really stresses the fuck out of me.  It's no surprise that I suffer from anxiety, depression, and PTSD.  I really find it hard to relax but if there's one thing that does calm me down, it is video games.  Despite certain people (mainly doctors, therapists, and teachers) telling me that playing games won't do anything (those people are fucking wrong by the way) it gives me a calm sense of tranquility.  Something that makes me briefly forget about the stresses of the world and all of the fucking bullshit that I've been through in life.  Okay, obviously not all video games calm me down but there are a bunch of games that I go to for the feeling of heaven in this hell that's called Earth.  Hi, I'm James T... No, I'm my real self today.  Hi, I'm Samuel James Absolom and these are five games that calm me down when I feel depressed. (Click on "Read More" to read the full article.)

From the realistic physics to the excellent selection of tables, Pinball Arcade is full of fun and is enough to distract me from my out of control emotions.  As I've said before, the table selection is excellent but it is also more than that.  All of the tables are loving ports of physically released tables with licensing and all.  From the 1970's to now, it's easy to get lost in this small part of pinball history. 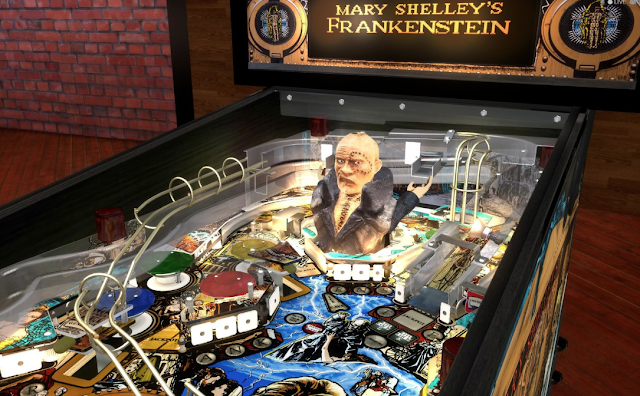 The tables that I like to play when I'm most frustrated include Frankenstein. This table is based on the 1994 film starring Robert De Niro.  It's not the most deep or the most clever of tables, all you do is just bump into things in the most primitive of ways (like a caveman).  It is though very fun and I just love the over the top sound-effects and rewards, especially the ultra insane 6-ball multiball.  Plus, there's a big ol' Frankenstein's Monster on the field.  I've seen this table around Time Zone as a kid but didn't get a chance play it. 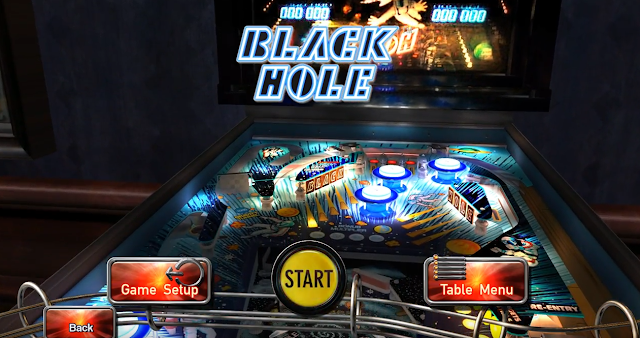 Black Hole is another great one.  Originally released in 1981, your role is that you are an astronaut exploring space.  What makes this table ultra special is that it is multi-layered.  Upon going down a special hole (get your mind out of the gutter) you go into another field.  This field is much smaller and much harder to navigate through with the field essentially being an upside down table.  This mini-field represents being in the black hole itself and it gets very intense trying to survive.  If you complete a certain task down here (again, get your mind out of the gutter), you do not have to worry about losing a life down on this field.  As special as the second field is, both fields are just as memorable as each other making for a legendary table. 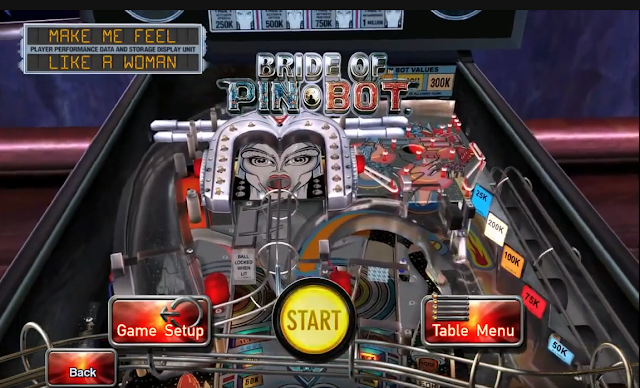 Now here's a table that I've played in person.  This is Bride of Pinbot and I've played a very beat up version at a very beat up truck stop on the border of New South Wales and Queensland.  It's a great table and being able to play this on Pinball Arcade is just as great.  The goal of this one is to put a stop to a giant, evil gynoid who is out to conquer the universe. 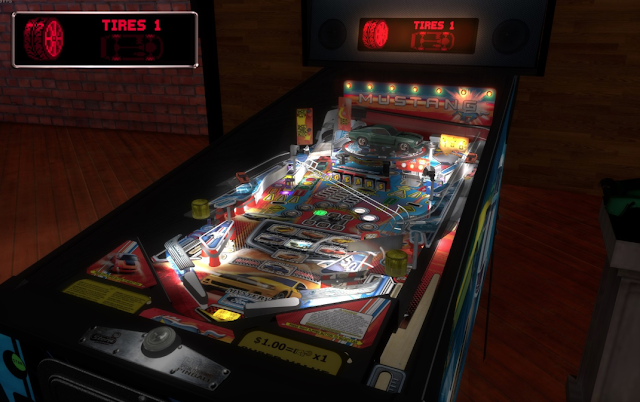 Lastly, here's a table I had just recently bought as DLC for the game, Ford Mustang Deluxe.  A story mode driven pinball table (no pun intended) where the goal is that you select a car and have to complete certain tasks.  It's a tough but satisfying table to play.  What's more interesting about than the gameplay is the licensed soundtrack.  Yup, this table has actual licensed music instead of chip-renditions of songs.  Quite a mixed soundtrack, you get stuff like Edgar Winter Group's Free Ride to Ace of Spades by Motorhead.  It's music that works well with the high octane feel of the table and creates a great atmosphere.  Although, one track eludes me to its existence of being in this game's soundtrack.  Yeah, why on Earth is My Own Worst Enemy by Lit part of the soundtrack?  It's a mystery greater than the unsolved mysteries of the Universe.

If you want to play this game for yourself, sadly a good chunk of the tables can no longer by bought as DLC.  You can however still play these tables if you have the hard copies of Season 1 and 2 for the PlayStation 4.  I highly recommend buying those editions, those de-listed tables are a must play. 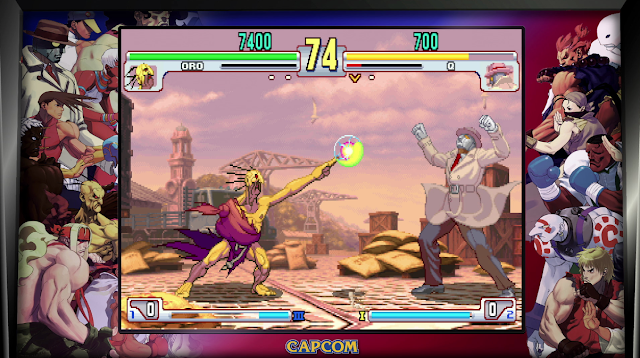 Fight for the future has more than one meaning while I play this game.  You've got the games meaning which is saving the World from a near-naked man with long Blondie hair, having blue and red skin.  This is Gil and he looks like Fabio going out to a sports game, cheering on his team to victory.  The other meaning is a more personal one.  Fight for the future, fighting my depression, finding reasons to live on, finding any form of happiness and relaxation that I can get.


I don't normally play fighting games to calm me down, however this game does and it makes me feel good.  Yeah, even if the computer is kicking my arse.  I feel free playing this on my arcade machine.  Heck!  Knowing that I've accomplished buying an arcade machine with this game on it only makes the feeling much more sweet, much more satisfying, much more rewarding.  I'll forever be fighting for the future and I'm glad to have this game fighting for the future along side me. 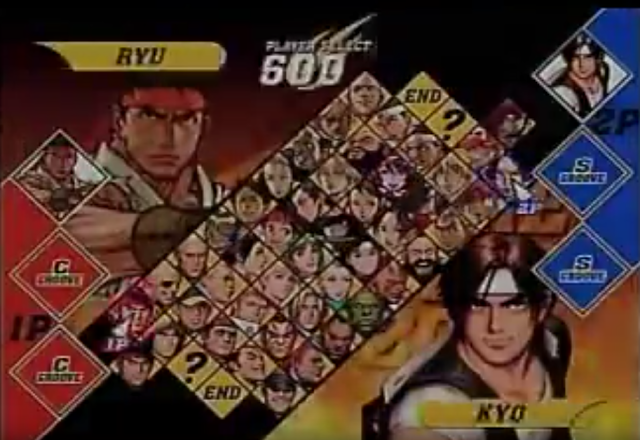 Yes, another fighting game.  Yes, this is on the list for pretty much the same reason as Third Strike.  The only difference here is that I've been playing this game since the darkest time of my life, High School.  After a shitty day at Wynyard High School, full of shitty people that I want to die (thank goodness some of them have, the fucking bastards) I would come home and cool myself down by playing this.  Sadly, the dark days got too dark and I did fall into deep insanity because shitty people just refused to be good people and shitty teachers didn't care to help (the bastards).  Still, I continued to play this game and it did stop me from going deeper into the realms of insanity.  I still play this game to this very day and it still makes me happy.  Thank you Capcom. 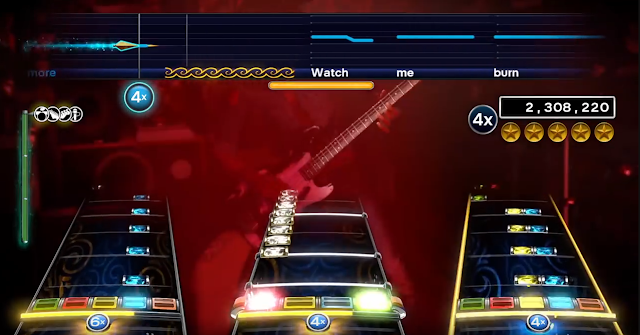 It's no secret.  I really love playing music games. From my first experience playing Dance Dance Revolution on the PS1, I have been in love with this genre.  The uniqueness and weirdness of using these giant peripherals mixed in with cheesy songs that you won't ever, EVER see in the top twenty charts.  But that's enough of talking about DDR, this part is about Rock Band 4 after all.  A game that came deep into my experience with this genre.  Nothing much I can say about why I play this game to calm me down.  It's fun, enjoyable, and satisfies all of my senses, distracting me from my troubles. The setlist has a bunch of songs that fit with my musical tastes.  With a lot of hard rock, heavy metal, gruesome grunge, proper alternative rock which is sadly along side fake modern day alternative rock, brutal death metal, and even video game music and classical.  The sounds satisfy me ears, the gameplay satisfies my touch, it kinda sounds like masturbation but way less messy.  It's a good game to calm down to, especially if playing with people online. 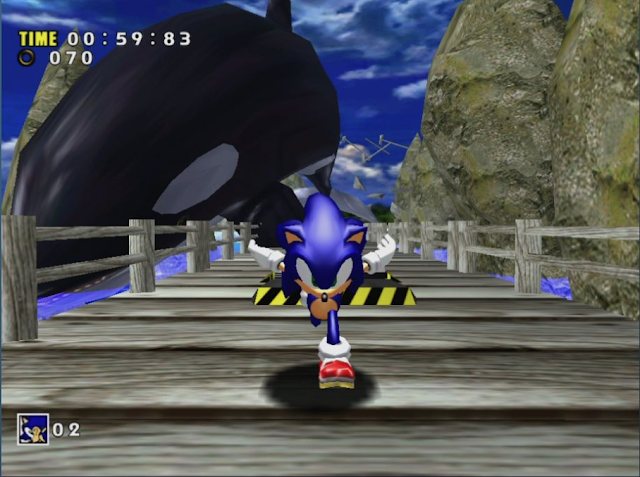 Last game on the list and this is a game I never really noticed that I play to calm me down until I had a good think about it.  This is Sonic Adventure, yes, that 3D Sonic game that people like, despite what some people think.  Ever since I first played it in 2005 (right in the middle of my life's darkest period), when I bought the Players Choice edition for the Nintendo Gamecube (baffled as to how it got one because I could never find this game in any shop during its initial Gamecube run).  It's a game that I knew that I was going to love, even before playing the game.  Why do I like it? I find the gameplay fun (yes, even Big's), characters charming (yes, even Big), fantastic soundtrack (yes, even Big's Theme), and a... Okay, I wasn't a fan of the Chao Garden in this game.  I was spoiled with the fantastic Chao Garden from Sonic Adventure 2. 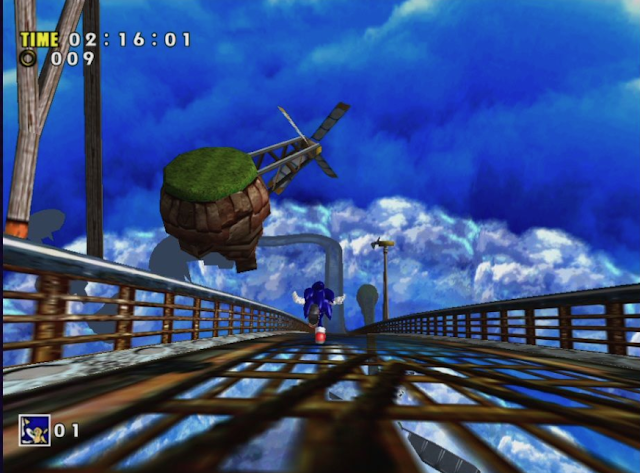 Yes, I loved playing it on the Gamecube but little did I know that it'll be a game that followed me though life.  When I moved to Caboolture in Queensland to escape the hellhole that was Wynyard, Tasmania (yes, you know that Wynyard is bad when you move to Caboolture just to escape it), I experienced more gaming and consoles.  There was a good shop in Morayfield called Gametraders which I frequently bought old and new games from.  However, I didn't buy the Dreamcast port of Sonic Adventure from there, instead I got it online for real cheap and had just as much fun with it.  Although I did buy the PC port from Gametraders and had just as much fun with it as well.  Sonic Adventure was one of the few games that I bought for every console that I had.  Anyway, it's a game I played to calm me down, a game that I never realized that has been by my side for such a long time.  Makes me feel like an ass for ignoring how much this friend has helped me though my life. 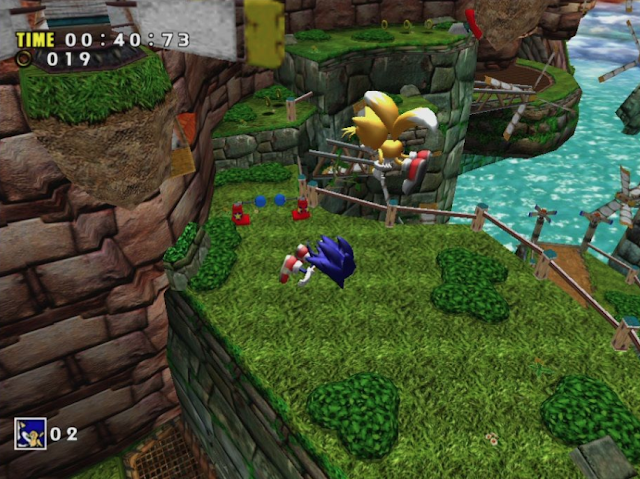 If you aren't a fan of this game then that is fine, I won't be a judgmental dickhead about it. If you are interested in playing it then do so.  Either way, it's a game that keeps me cool when I'm feeling dark and depressed.  If you have any games in your collection that have helped you keep calm during the darkest of times, let me know in the comments.  Until then, I'm Samuel James Absolom and thank you for reading my article.  I know I got a bit carried away there and I'm not sorry about that, it's a very sensitive topic to me and it heats me up.  I guess I'll go play some video games now. Thanks!