Red Diamond: 5 Hobbies I Use to Cope With Racing Thoughts (Anxiety) 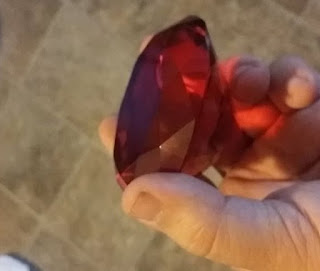 Have you ever felt like a burden? Like everyone around you would be better off if you disappeared? I could explain to you why that isn't true, but will your mind let you hear it? I know what causes this, your memory is too good. Every little regret flashes before your eyes constantly and the mind cannot stop thinking about "what ifs" or an "if only". Self esteem is almost non existent so you're as nice and giving as possible because you crave praise or approval. No, I'm not describing you, I'm describing myself. My gem is red for death. Frequent thoughts of disappearing, but at the same time, fearing it, hypocritically.

This is a taste of my story of mental illness. My mind never slows down on its own, but through therapy and personal hobbies, I have managed to live with it this long. Right now, I'm gonna list 5 of these things/hobbies that help me cope with my anxiety and a brief explanation why.

Starting out the list is the most obvious pick. (Check this website.) As long as I can remember, I've been writing stories in my head, and wanted to be a writer since Middle School. However, later in schooling years I drifted from a writers path which is one of my biggest regrets. This website is my last attempt to enter the field as a writer. While creating stories is the ultimate goal, this form of reviewing is a nice alternative. Just, writing anything can help one lose themselves into their own world. Reviewing also serves as an outlet for my love of trivia.

I don't really know why I have such a love of random/behind the scenes trivia. But, obscure little details have always fascinated me to the point where I want to learn and share as much as possible. Maybe, one could say it is because learning is fun. Too bad I could never apply that in school. It really does make me a nerd, however I at least get to feel a little satisfied when I can answer someones question about any topic I'm familiar with; be it video games, Power Rangers, or anything. 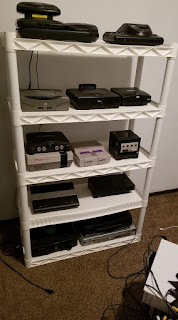 I've had many collections over the years, from coins to ranger keys and of course video games. This may fall under  my love of trivia, a desire to preserve, or perhaps I am just a pack rat. (Probably a combination of the 3.) This is something that a lot of people do, to the point where some people sell to collectors as a living. Really, the fun is all in the hunt more so than actually owning anything in my collection. Doing this, at least gives me some motivation to get out of the house.

#2 - Listening to Music with Relatable lyrics

This is an oddly specific definition of what kind of music I like, but there are more than one reason I listen to any track. Some songs are for fun, some to psych myself up for work, but what I am talking about here are specific tracks that calm me down when I am having one of my overwhelming episodes. While I am always on the hunt for new songs, two in particular strike home for me. Unwell - Matchbox 20 and Save My Life - Sidewalk Prophets. Having been called crazy many times growing up, Unwell struck home for me and, I swear this to be true, has come on the radio at exact moments I needed to hear it. Save My Life is a bit of a more personal pick, while I try to keep my religious views separate from this kind of work, let's just say it was extremely close to my mindset at various points in my life. With millions of songs out there, the odds are there is at least one that describes everyone out there. 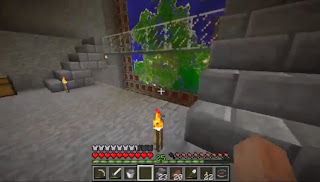 This is the second most obvious pick but still the biggest one. There really is no better way for me to escape reality and take a break from my problems then to lose myself in a good immersive video game. Originally, I was planning to do a top 5 games that I use for this technique, but there really aren't any specific titles I regularly revisit. My most used genre (as well as my favorite) are RPGs, but I also go for Sonic, action games, story heavy games, or really any type that is done well. I am a gamer, I have been since I was about 3-5 years old with my Sega Genesis and will be for as long as I am physically able too. So many people will say that this is a waste of time and does not help with mental illness, but I could not disagree any stronger. Even if you don't have mental health problems, everyone needs a break, no one is the same, and whatever makes you happy is worth doing.

For a final thought, let me just say some words of encouragement. Don't say you don't matter, you matter to me, the world is not better without you, and you are not alone. Even if I don't know you, I still care because I've been there and so have many others. Taking your life with not bring you peace, it will only destroy the lives of everyone around you. It is selfish and please, don't do it. Inner demons never die, we can only learn to live with them. They are our greatest challenge, but also our greatest source of power.