Hello my good people, Red Diamond here giving my support to Mental Health Awareness Month. As someone with mental illnesses myself, it felt important to me find a way of promoting this attempt on awareness. While I'm not ready to tell my own story just yet, I decided to cover this little indie title that someone made while in a dark place as my way of saying, "you are not alone". TOMORROW DON'T COME, developed and published by Peace and Love Games. Obviously, this was a personal project not created just for profits. So, click "read more" and let's see what this title has in store.


Disclaimer: This was not a review code but my own personal choice to review.

This game is basically nothing but writing, but in a more literal sense. 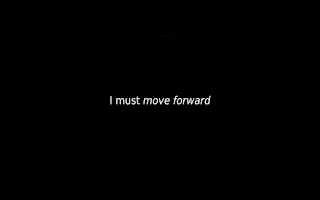 Nothing is ever specified; there are no characters or narrative story, just a series of statements people think during their dark times. 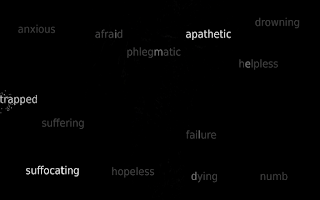 Not much else to say on the topic. This is a rare case where the writing is directly connected to the game play.

As the subtitle of this game states, it is a puzzle game. However, puzzle solving requires a unique take on gameplay. When the text appears on screen, some different combination with the controller or keyboard is required or order to advance to the next screen. Other than button combinations, sometimes you will need to drag a cursor to move around the words or even remove the background. 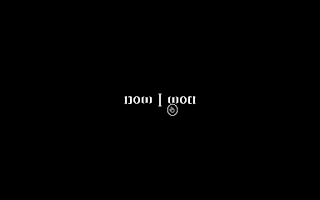 Typically, the text itself will give the clues, but the game also gives a more direct clue whenever paused. 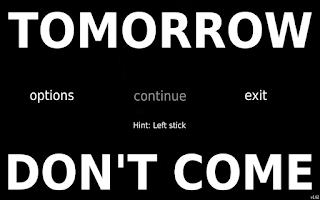 That's all there is to say. It only takes around 10-12 minutes to beat the game, but the hidden choices give it some replay value.

The only audio in this game is the ominous music and noises that are playing in the background. Defiantly captures the creepy factor well enough, but the audio still sounds very stock.

The game is a black background with white text except near the end when the colors swap. That's pretty much it for graphics. Choices have nice animations so the text is not stationary and is enough to make the visuals interesting enough to look at. 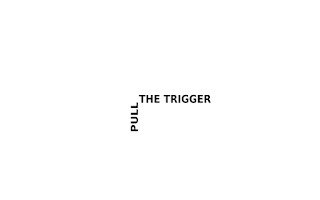 There are a total of 20 choices that can be found in this game and a casual play through will run you through about half of them. For those interested enough to find the other secret choices, there are some fast achievements to be earned from this title.

TOMORROW DON'T COME is more of an experience then an actual game. The end credits say the creator made this title while in a dark place and this game feels like an attempt to re-create that mind set. While everyone's story may be different, I think a lot of people can relate to the thoughts demonstrated in this game and for that alone I will give it a recommendation. To a casual gamer or someone who can't understand this psychological feeling, this title really doesn't have anything to offer as a "game". However, the intention behind this game is very pure and it could genuinely help people dealing with depression. I think the creator said it best on the steam page. 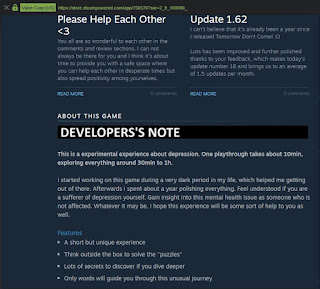