Hello readers, Red Diamond here with another PC game review, this time of MeatPossible: Chapter 1.5. Not gonna lie, this is a very difficult game to review. I must admit, the name made me want to play this game. Sadly, the title is probably the best part of what is an incredibly underwhelming game. Please click "read more" for the full review.

The story in Meatpossible is barely implemented. There is one cutscene at the beginning that is comic strip style and has no color. 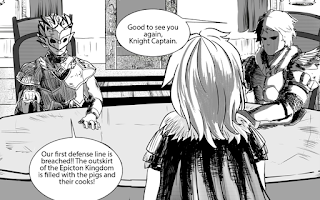 To sum the story up, you are playing Lunaya the Knight Captain and are fighting off a siege of pigs and their cooks because Lunaya can fly. That's it! This is all the story you get from playing the game.

Shockingly, there actually is backstory for the world which is found in the "lore" page in the options menu. Unfortunately, the explanations found within this two page story do not make any scenes. For some reason, abandoned pigs slowly developed into magical flying creatures because of their lack of food and poor nutrition. Later, the pigs decided they needed to destroy the kingdom in order to survive. 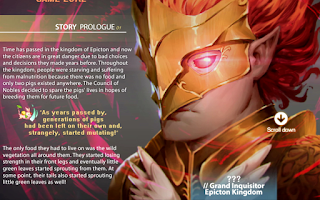 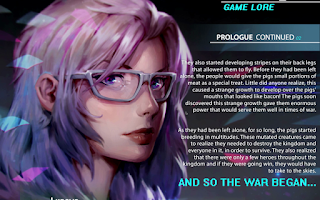 Obviously, this story is suppose to be a joke but random does not automatically mean funny. Oink.

Game play is an auto-scroller in a similar style to Flappy Birds. Lunaya is always falling down except when up is held as the player collects items and avoids rocks and enemies.

Other than avoiding obstacles, you are given various ways to defend yourself. Pushing left summons a fairy that brings up a shield for a few seconds and warps you a few inches left for the duration of the fairies summon which can cause you to miss collectibles. The other form of offense is triggered by collecting either 3 red flames or 3 blue flames in a row without collecting the opposite color flame in between. Magic spells with cool animations comes from collecting these flames, however it is not clear as to what triggers what spell or if it is just random. 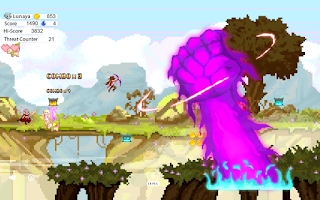 After an unhelpful tutorial and a stage of flying pigs, I reach and defeat the first boss, and that is it, game over. Less than 13 minutes in I am back to the title screen. 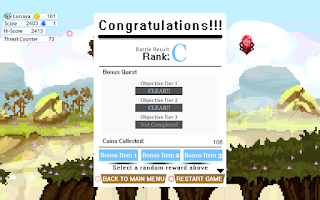 Technically, that is not the end of the game. What MeatPossible is trying to do is have a short game meant to be replayed with multiple objectives. Completing these objectives, which can arrange from collectibles, to points, to kill combos, can earn items to exchange for unlockables. 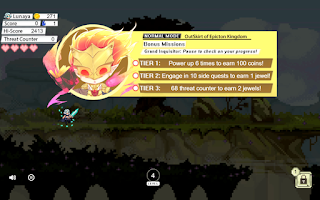 Gradually, the difficulty rises and more enemies and bonus mini games appear in each run. These mini games are used in order boost various scores but they feel completely random. Some are shooting targets, some allow you to move all objects on screen (which does not help with anything) sometimes you have to solves a square picture puzzle without enough time, and a slot machine. 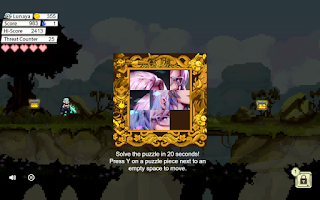 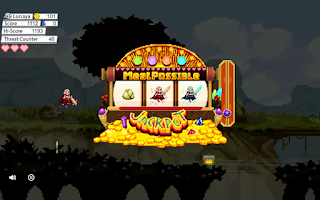 As a whole, this formula does not work because it is too confusing. Even if it was easier to understand, the one level is just pure lazy. No matter what kind of added challenge is added with each run, it does not add any merit to replaying the same stage and boss over and over. The only redeeming quality I could find are the cool magic spells even if casting them is not well explained.

No voice acting, but there is no need for any since there is not much of a story. Music and sound effects all fit pretty well. Everything sounds like it should and the music (even though there aren't many tracks) is charming enough to fit an adventure. Nothing much to say here, I give it a pass.

Levels are automatic and no obstacle is impossible to evade so at least there is that. Graphics, do not impress. With the exception of the magic spells, everything looks very basic and is too small to get any attention. Except for the background, which just looks horrible. I am not sure if this was done intentionally as some kind of design choice, but the background is incredibly pixelated like a low resolution image and does not look like it is even part of the same dimension. 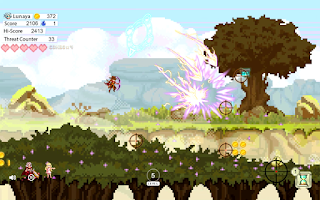 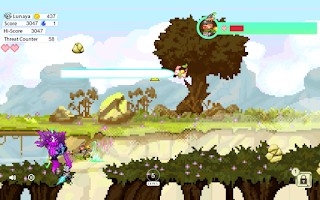 MeatPossible: Chapter 1.5 is not a good game. Here and there, some good ideas are found like the pig army and magic animations, but the whole experience just does not work. I am not sure what the significance of the subtitle "Chapter 1.5" means, but this game felt like less than a half chapter worth of content. Currently, this game has a $3.99 price tag but is on sale for $1 as of writing this review. Buying it for that discounted price is okay for some morbid curiosity but I would not recommend the full price. Overall, MeatPossible is just flat out unappealing, way to short, and worst of all, far too confusing.