So it has come to this.  I, Kaiser-Sensei is reviewing a game that has the most clickbaity title of all time.  This is Bloody Boobs for the PC.

Imagine a story that's so exploitive, sleazy, and misogynist but uses this in a way that actually makes sense, where it is used to create an actual story.  This is what Bloody Boobs serves.  For you see, you play as a very attractive woman who has been dressed down to look like some sex slave, then thrown into a pit full of monsters as a sacrifice to a Norse God.  It's not as sexy or as pornographic as it sounds, it's a dark story about a woman's survival and her goal to escape from this literal hell hole.

The game is quite simple, just go around the demon infested labyrinth, find and pray at four pillars, then get to the portal for that sweet escape.  Gameplay is a third person view dungeon crawler mixed with hide and go seek.  The level has different sections and the pillars are in each of the different sections but good luck finding them, the level is really big.  You'll know when you have found one, they look like big dicks but with the Norse God's head on them.  Praying to them looks very sexual, you'll be down on your knees making happy groaning noises, it's not very comfortable to watch.  (I sense some symbolism here.)  If you see a demon, you'll be fine but if a demon sees you, you'll need to run and hide because they cause damage.  There is a way to defend yourself against them but it requires picking up mines.  The mines are also useless, the demons always avoid them and they are more hazardous to the player.  Other than that, the player can only run, duck, and give the middle finger.

This game sounds like that it has a functional system but sadly, this game has some big problems.  First of all, levels are randomly generated but that's not the complaint.  The complaint is that this game generates very awkward levels that are a mess to run through.  This game is also really dark, I could barely see where I was going, even with gamma set to max.  Changing into first person mode does fix that a little bit but it also makes every thing else very awkward.  You can use first person view to check out your body a bit better for if you are curious to see.  (Which all players will be, both male and female.)  The HUD that shows your health and how many pillars you've pleasured, gets in the way of the game.  Seriously, they are so big (cue the Beavis & Butthead laugh) that it blocks a good chunk of the view and the view isn't even that great to start off with.

Moving around feels just fine but the other controls were awkward to hit.  You also wouldn't know that you could do stuff like crouch or place mines because the control guide only pops up when the game starts.  It's a blink and you'll miss it moment as well, so you've gotta memorize it quickly.  There's also not much to the game, once you've beaten it, you've beaten it (while probably beating it), so there's no replay value.  There is an online multiplayer mode but good luck finding someone to play this with.  I was having very little fun with this game, it quickly became a very tedious game to play and I just wanted to turn it off.

The graphics aren't great.  Actually, they are incredibly dated.  Main character looks like a living blow-up doll, she is very generic and lifeless no matter how you dress her up.  The bad guys don't look any better, they look like bad models from a rejected PS2 game.  The animation isn't great, it's very awkward, only adding on to the dated feel.

The sound is what you'd expect from a horror game.  There's a lot of ominous sounds, demon growls, and a Norse God that sounds like the love child of StrongBad and Beavis.  This Norse God also likes to say bad innuendos and they weren't funny.  The sound quality itself is also bad, it sounds like a bad game from 1998.


Overall, Bloody Boobs has a good idea but fails in its execution.  It is not a good game, it isn't completely unplayable either but I wouldn't recommend giving this one a go.  Bloody Boobs gets a bad score of 4 out of 10. 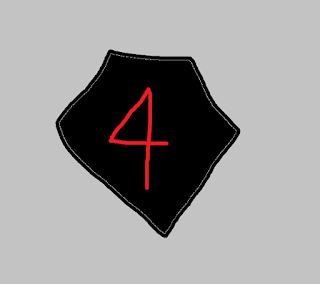 Posted by Retrokaiser at 8:29 PM