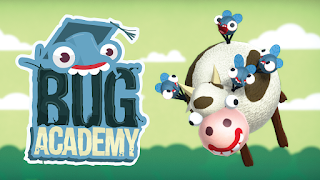 Hello there, I'm Fenris, the newest contributor to Emerald Rangers. Hope you stick around to read my first impressions on Bug Academy's demo, which hey, it's pretty dang fun for being so short. Click "Read More" for my full review on this "buggy" little indie game!

Bug Academy is the newest title hailing from Poland based developer Igrek Games, known for the mobile and web browser based game series Blosics, Flies (which is what Bug Academy is based on), Uberball, and iMakePopcorn- all but Uberball can be found on Kongregate if you're interested in seeing their humble beginnings. Bug Academy is currently a Kickstarter project and I was given a key for the demo version for this review. Does Bug Academy have enough smarts to finish school or will it ultimately drop out? Let's find out together in my first review for Emerald Rangers. 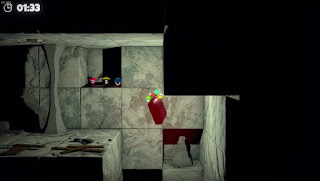 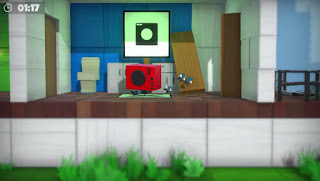 Gameplay:
In this demo, you have access to six levels including the tutorial. The game does a decent job of explaining the control scheme (I used a controller but I did try the mouse and keyboard controls for the sake of this review), and they don't feel too heavy nor clunky, using a combination of three different buttons, joysticks, and triggers (or mouse and keys if you use the other method). A little floaty at times and sometimes objects (such as blocks or refrigerators) don't seem to have the weight you'd expect them to have, but you're controlling a group of flies flinging a weird assortment of wacky things around a whimsical environment, so honestly I feel that's expected. The gameplay consists of different objectives to proceed forward, such as using groups of flies to pick up cows that have hopped away from their enclosure or using fireflies that navigate the darkness to retrieve an assortment of different gems to put in a mining cart. Another fun gameplay element in the demo is the "Tower" level, in which you must build a tower of random blocks... Sounds simple enough, but the goofy physics engine definitely makes it a fun challenge. 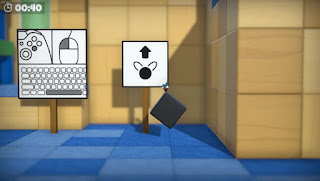 Graphics:
The graphics are definitely vibrant and goofy with its own personality and flare, reminding me almost of a cartoon you'd find perusing the internet on a random Sunday morning. The physics engine is hilarious in conjunction with the previously mentioned visuals, making for rather interesting scenes of flies flinging cows and blocks... And maybe the occasional man in a porta-potty. 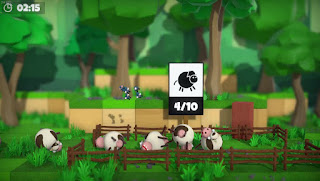 Sound:
The main theme definitely gets rooted in your head during your playtime with these six levels, considering that's the only song that plays, but it didn't grate on me in the slightest considering the demo's short run time. Sounds effects pair well with these comedic visuals, such as the squeak of the flies grabbing onto stuff with their little feet all the while with toothy grins on their faces definitely pairs well.

Overall, I'd say the game will be definitely be a fun physics puzzle game whenever it launches in full. I'd give it a 7/10 in it's demo state. The Kickstarter can be found here: Bug Academy Kickstarter 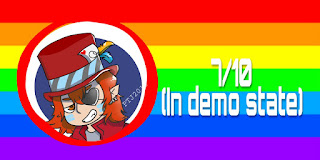