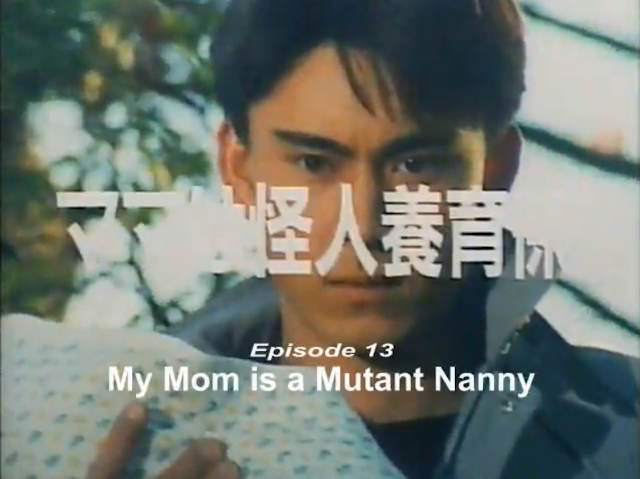 Yup, it's another summary and review of another ultra crazy episode of Kamen Rider Black.  I'm not saying that just for views either.  This episode is one of the more insane episodes that I have seen so far. ENJOY!  (Click on "Read More" to read the full article.) 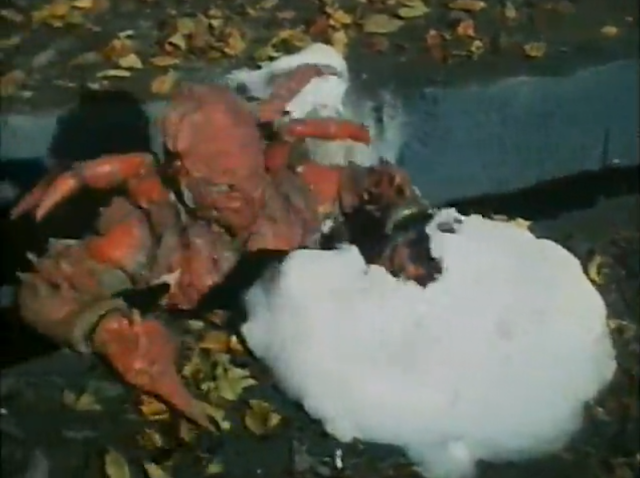 This episode opens up with new born babies at a hospital (aww), where we see a couple (who have no names) picking up their child.  The family makes it back to their home but The Father notices a weird foam boiling from the ground.  Before he knows it, he gets sprayed all over with that stuff.  The Father is rolling around in pain, then out of the ground comes a giant Crab Man.  This is where I have to put on my John Madden voice, the next part plays out like a gridiron game.  The Crab Man steals the baby and torpedo throws the little guy across the field.  Kotaro shows up and intercepts the baby, then he runs to the other end of the field (well, a street in this case), takes the baby back to the parents and TOUCHDOWN!

Crab Man doesn't like Kotaro stopping him, so he beats up Kotaro and does a fine job; he pummels him real good.  Kotaro tries to fight back and manages to get a few kicks in. Crab Man starts foaming out the mouth (literally) and then sprays his foam all over the place.  Kotaro manages to avoid all of it by hiding behind a tree.  Crab Man gets frustrated and takes The Mother and jumps down a hole and gets away.  This is when we get the ultra awesome shot of Kotaro holding the baby while The Father rolling around in pain.  Taichi (The Father's oldest son) comes in and is just shocked about what's going on.


Crab Man starts kidnapping more mothers and so far he has a collection of eleven.  Kotaro returns back to home base and is upset about what the Golgum are doing.  Taichi comes over and begs Kotaro to save his mother.  Taichi feels terrible about everything that went on before hand.   Taichi thinks that all of this trouble was his fault because he was being a naughty child.  Kotaro wastes no time (as he usually does) and rides off to save the mothers from the Crab Man. Taichi then starts to follow Kotaro without him knowing.  We now cut to the Golgum, where we get our answers as to what their evil scheme is for this episode.  It turns out that Crab Man is a single father and needs someone to take care of his very own babies, so they can become Golgum Soldiers.

Kotaro is riding around, searching for clues and then he hears a woman's scream.  Kotaro spots a runaway baby carriage, so Kotaro goes chasing it down and saves the baby from rolling from the cradle to the grave. (I'm really sorry for that pun.)  Kotaro ends up being tricked, this was a trap this whole time!  Crab Man jumps out of the carriage, where I have no idea how he could fit himself in... But anyway. Crab Man jumps out of the carriage and starts beating up Kotaro again.  While this fight is going down, Taichi shows up and notices the hole that Crab Man came out of and jumps right in, so he can find his mother. 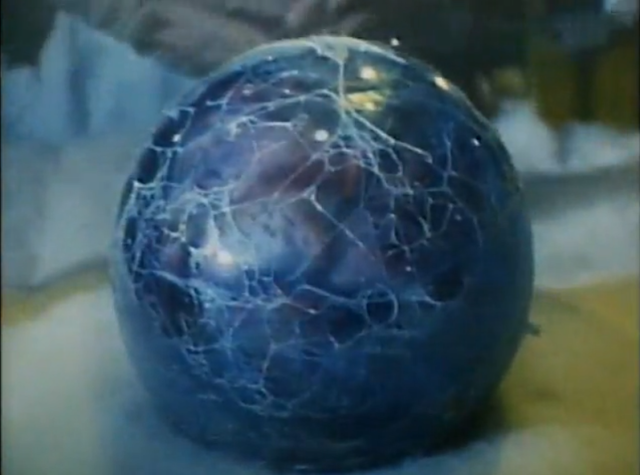 Kotaro wakes up from a nap and discovers something that  he needs to find the kidnapped mothers.  What could this fantastic find be? Well, Kotaro finds some of Crab Man's blue blood splattered on Road Sector.  Kotaro takes a sample and studies it and finds out that Crab People like to live in polluted areas.  Sadly, this is only half of Kotaro's problem solved.  While Kotaro knows where Crab Man is, he still needs to find a way of getting past that hard shell.  Kotaro transforms and goes to the mountains to train. 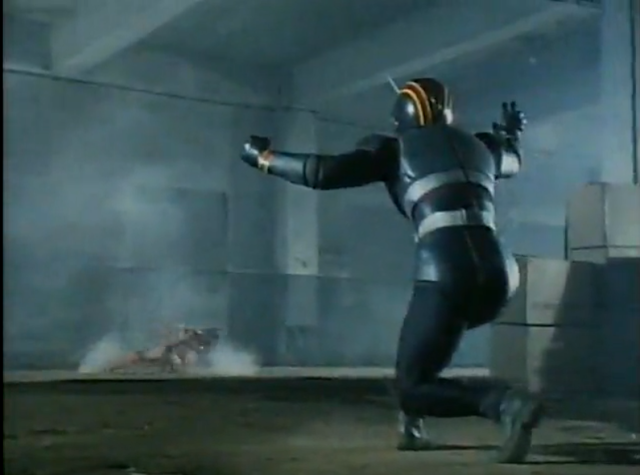 Kamen Rider is getting frustrated because he can't seem to hit his moves hard enough. While moping, he spots trouble.  Oh, no! Did Crab Man find him? Nope! Kamen Rider spots a puppy falling off a cliff, so he jumps up and catches it, saving the dog from becoming dog meat.  The peril isn't over, a giant boulder is falling and it will crush the both of them if Kamen Rider doesn't do anything about it.  Kamen Rider jumps up and Shoryuken's the boulder.  Kamen Rider is now happy, he has learnt a new move and can now stop Crab Man.

Taichi starts exploring Crab Man's lair and he gets lucky because he finds his and all of the other mothers.  Taichi's rescue goes sour because Crab Man is back and spots Taichi. Crab Man starts to strangle Taichi with his crab claws.  Kotaro hears Taichi screaming for help, then he rushes over and finds all of the hostages. The Golgum interfere the battle but it doesn't go anywhere.  Crab Man beats up Kotaro, throws him though the roof, beats up Kotaro some more, just like some kind of crustacean version of the professional wrestler, Brock Lesnar... BROCK LOBSTER!

Kotaro is getting sick of this and now it's henshin time once more. Kotaro transforms into Kamen Rider and he dodges all of Crab Man's attacks. Crab Man crashes into some oil drums and Kamen Rider uses them to start a fire to trap Crab Man.  Kamen Rider finishes Crab Man off with his new and improved Rider Punch and Rider Kick.  Kamen Rider rescues Taichi and the mothers (that sounds like a band name), then he burn up all of Crab Man's babies.  The end. 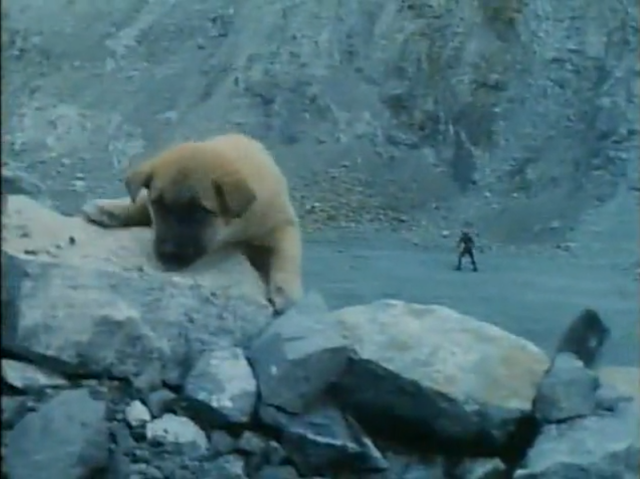 Not a lot of story going on in this episode, it's mostly action.  It's also very dumb action at that. Other than not much going on, it did have a certain dark edge to it. I did really enjoy the part where Kotaro was studying the monster blood.  This added a more depth to the detective layer of Kotaro.  I really did like how we have a main character that actually studies what they are going up against.  This helped to make the battles feel much more satisfying.  I also liked how the side character (Taichi) wasn't useless and he did add something to the episode.  The only spot I didn't like was that towards the middle, it turned into a mini-clip show.  It doesn't last long.  (Thank goodness.)

Now, back to the action.  A lot of repetitive grabbing going on in this episode but there's also quite a bunch of crazy s**t going on too.  You've got the scene where Crab Man throws a baby half-way across the street, which is very shocking to see on television.  I also couldn't help but to laugh, it was overly ridiculous beyond belief.  You've also got the dog rescue scene and my question is what on Earth was a puppy dog doing being up all the way on top of a mountain?  It's like watching that scene from The Toxic Avenger, where Toxie rescues a baby from a tree. Actually, a lot of the crazy stuff in this is what I'd expect to see in a Troma move.  I know Japanese superhero shows can get pretty crazy but this sends the crazy meter to the insane asylum.  It was also bloody entertaining, that's for sure. 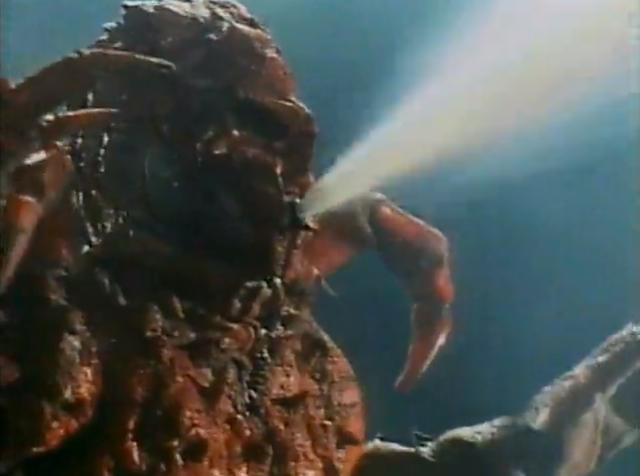 I found Crab Man to be a very terrifying looking monster and I am bound to have nightmares about him for the next few weeks.  The most impressive effect was the ground opening up and having Crab Man crawl out.  Sure, they didn't actually crack the ground but the set they used made for an effective effect.  Overall, this is a really dumb and mindless episode but that's the precise reason why this episode was so fun and entertaining.  I'm giving this episode a 7.5 out of 10. 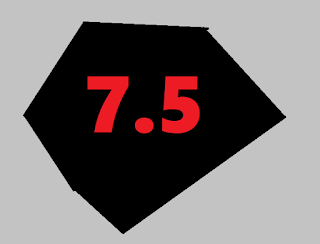