You know it's a bold move when a title of a video game is telling you what you're in for by just the name alone.  Yes, that's the case for this game, Rage in Peace.  That's all fine and dandy but will the game be any good? Will it be one of those games that has a cool name but no substance?  Enough of the hackney intro, on to the main event. (Click on "Read More" to read the full review and rage at what I have to say about the game). 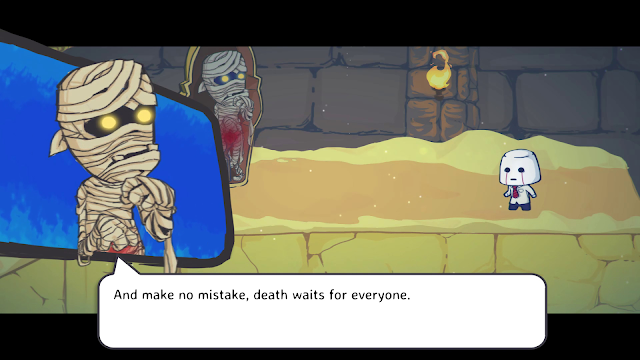 Rage in Peace stars a cute little marshmallow man named Timmy.  Today is Timmy's lucky day, it's the last day of his life!  Timmy gets a visit from the Grim Reaper and the Reaper informs him that just like American Pie, this will be the day that he dies.  Timmy is not amused to say the least, however he does have the choice of being able to die how he wants to.  Timmy wants to die in his sleep but that's not going to be easy for him because this is also the day that everything is out to get him.  There's more to the story, much more to the story, so if you don't want to get spoiled, skip to the gameplay section of this review.

At first I was just annoyed with the story because I thought it was going to be a game with a forced story that's there just for the sake of being stupid.  I ended up being wrong, dead wrong... Uhh, no pun intended.  The comedy ended up being quite funny and charming, only making the characters more adorable.  It's more than just comedy, it has some strong drama that will make you feel for Timmy on an emotional level.  I'm not going to lie, it did get me feeling a bit teary towards the end.  My only problem with the story is that the cut-scenes can go on for quite some time.  I had my finger close to hitting the skip button but a huge part of me was holding back because I was enjoying the story. 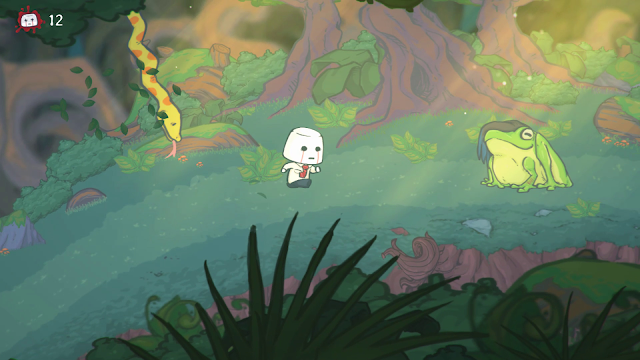 The goal of the game is to reach the end of the levels but getting there won't be easy.  The path to victory is full of traps and most of them will be hidden from the players eye.  The ironic thing about this is that you'll already know that danger is ahead and you will be playing cautiously.  The obstacles you'll have to face will be cheap but they can be memorized and if you have a semi-decent memory, you can beat this game, it's not that hard but it is a decent challenge.

I wasn't all that happy with the first level because it's a very linear and predictable level but the deeper I got, the deeper the game became.  Level two onwards is when the levels and game become really fun and it felt more like a proper game instead of a interactive meme video.  I also really enjoyed how the gameplay style changes in certain sections and I'm not going to spoil how because I don't want to ruin that surprise.  I can say that it did work and the gameplay as a whole is mostly solid but I did have some moments where the RNG was a bit off and the traps didn't work as they should have.

This game is kind enough to offer several levels of difficulty but I had no problem beating it on it's standard difficulty.  This game is also just as kind to offer more modes of gameplay for if you want a super challenge.  Oh, nearly forgot to mention that there are boss fights in this game and they were really fun.  Yes, gameplay didn't exactly make me rage but it did make me laugh as it does have a sense of humor. 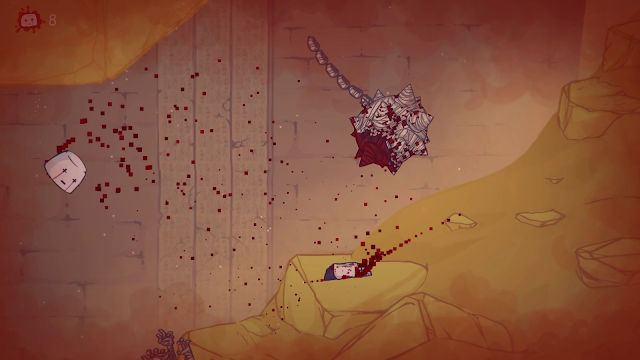 The graphics in this game are very cute, charming, bloody, weird, and bloody weird and I loved it.  The characters and level designs are fun and creative.  Now where are my Timmy and Grim Reaper pop figures?  Seriously!  This dev can make some decent merch based on this game *hint hint*. 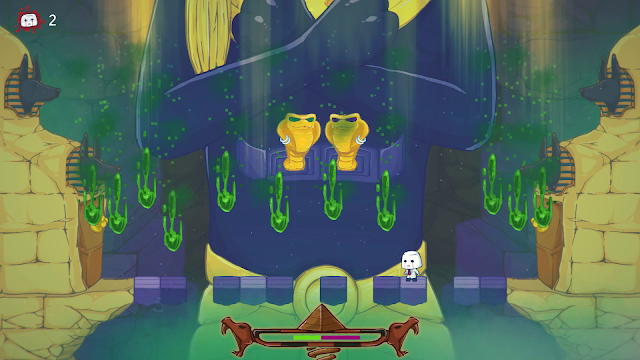 The soundtrack is pretty solid and uses a mixture of instrumental and vocal tracks.  The soundtrack has a lot of effort put into it and felt like that it could've been released as its own thing as opposed to being a soundtrack made for a video game.  My one complaint is that some of the songs don't go well with some of the cut scenes.  Some of the cut scenes use music with vocals and it got distracting when I was reading the text.  Instrumental music would've been more appropriate for all of the cut-scenes. 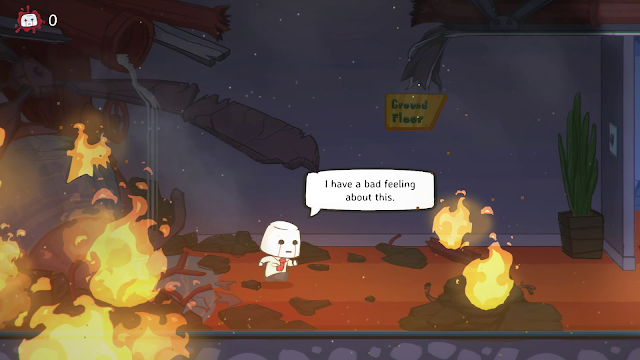 Overall, Rage in Peace is a very good little game that's much deeper than your typical Neko Mario clone.  I recommend playing this one, even if you aren't a fan of this genre.  Rage in Peace gets a 7.8 out of 10.
Posted by Retrokaiser at 3:05 AM