Red Diamond here back again with another PC game review. This time around we have an auto-runner game in the style of doodles. What can be said about these 10 stages of fast pace cartoon like action? Basically, this game has a lot of farts and is almost worth its $9.99 price tag. Click "read more" for the full review. 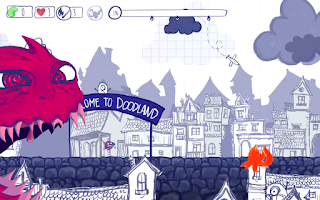 Escape Doodland has no in game story. A giant red evil head is trying to eat you while destroying Doodland so run away. That is all you get. Except in stage 8, you are running from a giant wall of snot instead. No other writing is found in the game other than menu's and gameplay tips. To quote the summary on this games page,

"Death and destruction came into Doodland. This happy and joyful land is going to change. You play as one of Doodlers, a peaceful inhabitant of happy doodle world, attacked by a merciless monster. There are only two options: run as fast as you can or die."

A very basic story in a game that was obviously never intended to be a story driven game. That being the case, this category will not be scored. Passable

The game is an auto-runner. What that means is that your character is always running on their own and it is up to the player to time jumps in order to avoid various obstacles that will either kill you or slow you down. Levels begin pretty difficult and only get harder as the game progresses which is fitting for the auto-runner genre. Every stage has 3 checkpoints and a limited number of lives to continue from them before going back to the beginning. Game play cannot get much more simple than this. Some stages will have you flying/swimming or change the running speed, but the general formula stays the same. Trial and error, the game requires a lot of memorization and quick reflexes to complete. 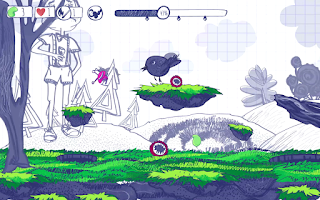 The main objective of this game is not just finishing the levels, but collecting beans and matchbooks. Beans come in 2 colors, green and gold. Green beans act as currency and gold beans are the main collectible that unlock stages and specific items in the shop. In total, there are 43 gold beans in the game but only 20 are needed to unlock all 10 stages. There are two ways to acquire gold beans; from the stages or purchased in the shop. Either way requires green beans. Every stage has 4 gold beans total they give out; 3 after collecting a certain number of green beans and 1 from clearing the harder difficulty (which is just the same stage without checkpoints or green beans in them). 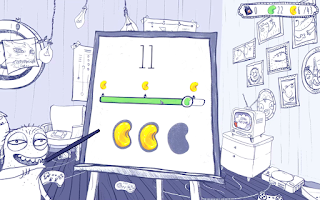 Matchbooks are used for fart powers. Yes, this games way of mixing up the game play involves 3 distinctive fart powers. One is used to jump higher, one for launching forward, and one to slow down the giant head chasing you. The high jump and launch forward can only be used with matchbooks and the slow down fart has its own meter that gives one per life. 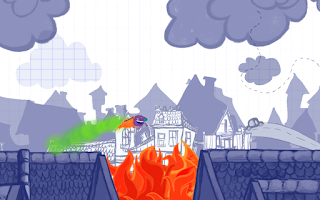 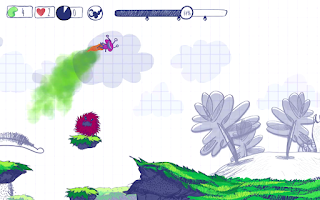 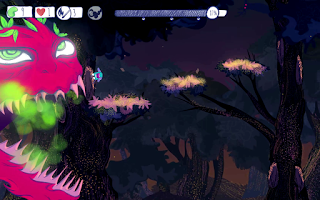 While green beans always spawn in the same spots, matchbooks have certain places that they may or may not spawn in. This is probably just to avoid farming matchbooks and give reason to buy them in the shop.

The shop is where the green beans are spent. Most of the things to purchase are more character (who all play the same), matchbook, gold beans, and equip-able power ups. These power ups arrange from improving your fart abilities to giving more lives in-between checkpoints. A simple selection, but enough to justify the store mechanic. 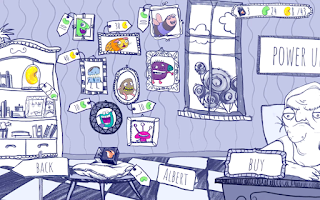 At the core, there isn't anything wrong with the gameplay. Everything controls well, the stages are well structured and creative, and the difficulty never feels cheap. There is only one major issue, there are only 10 stages. This may seem like a nit-pick, but it is worth factoring when considering the competition for this genre. On paper, a short $10 sounds ideal, the only issue is that there are tones of other titles that offer more for less. The mobile app store sells these types of games for around $2-$5 including the well known Geometry Dash; or even on PC there are games like Jack N' Jill DX that has over 100 stages for half the price. Granted, visually speaking, Escape Doodland comes out on top by far. But, it is hard to recommend a title based on that merit alone.

Things came off to an odd start because the game was muted until messing with the audio settings somehow made them work again (possibly a glitch). Other than that, the soundtrack for this game is a perfect fit. Every track goes with the stage from music that would go with a cartoon in the more bright and colorful stages, to the slower paced ones found in the under water stages. Characters do not talk and simple make grunting sounds, but those also fit well with their actions. The characters squeal in fear and laugh at farts in a way that gives them personality. Nothing bad to say here, a great end on the sound side.

The game promises doodles and it delivers. Graphically speaking, this game looks fantastic. Every stage looks different, but smoothly transitions between each setting. This doodle art style is very lively and stage designs are very creative. Complementing that, your characters lively expressions give them life even without dialogue. Very impressive work on the design teams part. Here are some examples. 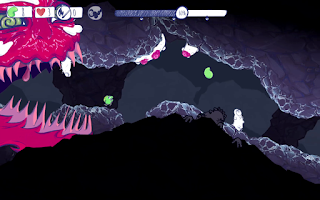 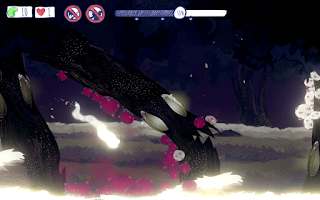 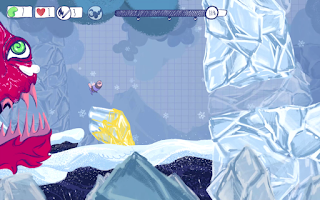 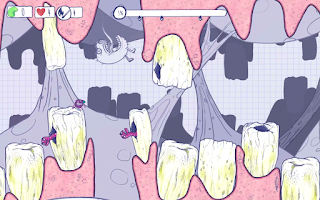 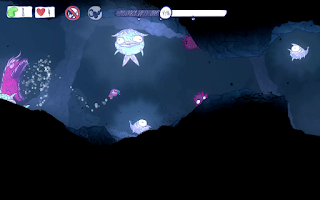 Escape Doodland has all the makings to be a wonderful game, especially on the indie market. The graphics and soundtrack are great, the stages are well designed, and it controls very well. There is literally only one thing I had a problem with, which is the length. Only having 10 stages at a $10 price tag makes it difficult to recommend over the various other auto-runners out there that are both lower priced and have a much larger number of stages. Normally, I do not like complaining about length for games that are on the more affordable side, but it would be dishonest to ignore the fact that even with the difficulty factor, this game can be beaten in one afternoon. The gold bean collectibles are a noteworthy attempt to pad-out the playtime, but the comparison to competition is still something that needs to be taken into consideration. This does not make it a bad game by any means, just gives it a weakness.

It really is a shame. If the game had more courses or things to do than I could easily put it on a best of the year list. However, as it is, the game is shorter than I would like, but if you can get it on sale or even as a gift, it will not disappoint.