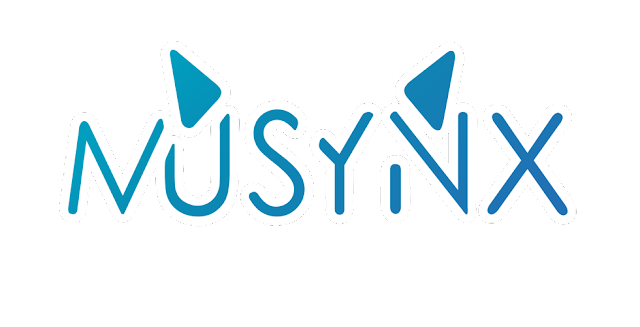 Yay! I get to review another rhythm game!  I'm incredibly excited that I get to cover Musynx, a game that I missed out on getting when Limited Run Games released it for the handhelds and consoles.  Musynx has now got a more easy to obtain version and that's the version that I am reviewing today.  This is Musynx for PC/Steam.  (Click on "Read More" to read the full article). 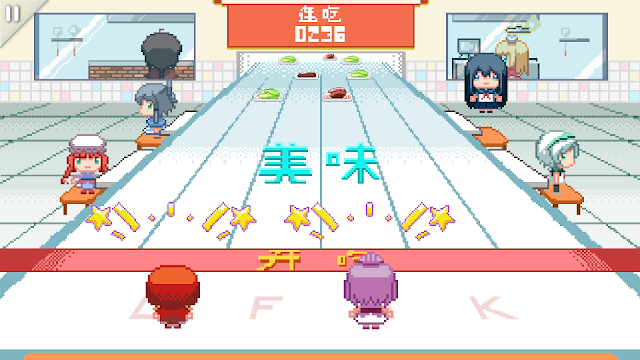 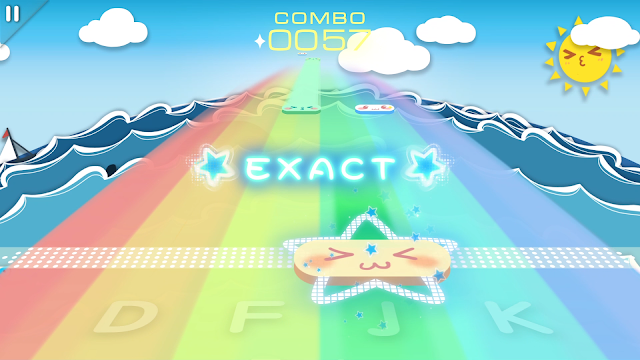 The way this game plays is very typical of a rhythm game.  No! I'm not knocking the game or its style (well, not yet)!  I'm just saying that it uses that classic style (that's better) where you need to hit notes by pressing the correct buttons at the correct time.  You don't have to perfectly hit the buttons but hitting them at the best time will go towards your rank and the more notes you hit perfectly, the better rank you'll get. The system runs smoothly and the controls are fine, I didn't see any glitches nor did I have any problems with the controller.

Basic setting of controls has you using four keys but there is a mode that lets you use six.  It is a little confusing switching between the two modes because the main mode is called 4K Mode.  You'd think that by clicking on 4K Mode, it'll make the game play in 4K resolution.  Seeing how not every gamer has a 4K TV just yet, you'd more than likely just ignore pressing this button.  This was the mistake that I had made until I clicked on it out of curiosity. Clicking on the button game me a surprise, it changed the game to 6K mode.  So yeah, 4K Mode means Four Key Mode and 6K Mode means Six Key Mode.

Playing this game via Default Mode isn't bad but seeing the notes come in on an angle does make it way too easy to time your hits.  You can see the notes coming from a mile away and it did make me want something more challenging.  Classic Mode nearly accomplished that, the notes drop in more suddenly and it's a little bit more challenging to time but it is still on the easy side.  Okay, there are a few songs that were a bit more tricky to play but they were far from impossible to get a good ranking on.  I was playing the songs on the hard difficulty in case you were wondering. HAA! HAA!  But enough bragging.  While it is easier for me (a gamer that's more experienced with this genre), people looking to get into this genre will find something enjoyable here.

There's a good amount of songs to play and it'll give you hours of fun.  What you'll also see are a poop ton of locked songs and the way to unlock them is by buying the Forever Friends expansion pack.   Not saying that they shouldn't have released an expansion pack but seeing the locked songs being teased in-game is so obnoxious and annoying.  There is an option that will stop locked songs from appearing in the game and that does calm down the pain a little bit.  Despite that, I am looking forward to buying the expansion pack one of these days.  The console and Vita versions do not have this problem, you get all of the songs instantly.  That makes this version sound like a rip-off but it's not as bad as you'd think.  The main game is only $4 and the expansion is $25, so the full game cost around the same as buying the console games. It's a very weird move making this game as two packs instead of one though.

This game has no traditional score system, I find that a little disturbing.  This lack of scoring hurts the replay value, there's no good reason to go back and replay the songs once you get a good rank.  Well, unless it's a song that I really enjoyed playing.  There's also no punishment system in this game, you can do ultra bad in a song and nothing bad will happen to the player.  The system is way too loose and friendly, it doesn't give many good reasons to replay levels so that players can improve their skills.  It's a very handholdy game.

The graphics are very clean and most of the artwork is done in the manga/anime style but it's also quite varied as well, you'll see different artist use this style differently and it's awesome. I wasn't a fan of the standard highway design that's found in Default Style, it was generic and boring looking. Thank goodness that a good chunk of the songs have their own custom highway designs, they look really cool and very unique.

The highway design used in Classic Mode also looks incredibly generic but no way near as boring as the standard highway from Default Mode.  Classic Mode's look is also very unoriginal, it looks just like Beatmania but with the turntable cut out.  It also uses this highway design for every song, no song in Classic Mode has its own unique highway.  What is unique about playing some songs with Classic Mode is that they have music videos running in the background.  It's just a shame that not many of the songs (not including DLC) have them.  It's also not like that you can fully enjoy them either, the highway is right in the center of the screen where you won't be able to fully see the music videos.  Classic Mode also hurt my eyes a little, holding down a button will cause the highway to give a small but intense flash.

The music in this game isn't anything that you'd find on the radio (not that many people listen to the radio anyway), it's a collection of pop, electronic, folk, chiptune, novelty and you even get some Vocaloid songs but no Hatsune Miku, there's a reason for that.  All (or if not, most) of this music are by Chinese artist and it's a breath of fresh air seeing a rhythm game from China for once.  Did I like the soundtrack though?  Well, just like the typical rhythm game, I did enjoy a good chunk of the soundtrack and didn't care for the rest.  There weren't any horrendously bad songs that were offensive to the ears though.  I was very excited that I recognized some of the songs in this game, especially the tracks that were from other video games. 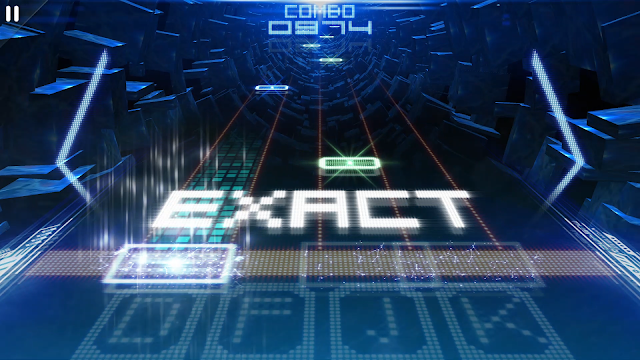 Overall, Musynx isn't a bad rhythm game but it does get some of the basics wrong and that hurts this game from becoming a classic rhythm game.  This game is however a good rhythm game for if you are new to this genre but for the hardcore rhythm fans, you are best looking for another game for if you want a true challenge.  As much as I complained about this game, I don't want to see this series fade away and a Musynx 2 will be very welcomed.  I'm giving this game a 6.8 out of 10. 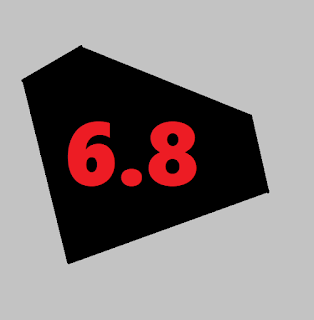