What Happened To Sonic Colours Ultimate

Sonic Colours Ultimate is a remaster of the 2010 Nintendo Wii exclusive game Sonic Colours. Released on September 7 2021 as part of the belated 30th anniversary of Sonic The Hedgehog. With other upcoming mainline games in the series such as Sonic Frontiers, Sonic's first open-zone exploration game, and Sonic Origins, a rehashed collection of Sonic 1, 2, 3, 3 & Knuckles, and Sonic CD, games that have already been released before on previous collections countless times, but now running on new emulation and 16:9 aspect ratio amongst other things, are delayed to 2022 with Frontiers being released in November and Origins stated for sometime in 2022 but no proper release date given.

So SEGA had to do something quick to keep the fans to happy while we wait painfully for Sonic's next big adventure. Thus, Sonic Colours Ultimate was announced for release in September of 2021. But Sonic Anniversary titles have always had a reputation, and Colours Ultimate was no exception following the tradition of past Sonic launch stuff ups.

Even on preview trailers, many fans noticed unfinished graphics, bad textures, and other graphical problems. One of the earliest concerns were several bugs that may be prone to causing seizures amongst epileptic players. However, the game was released on time without a delay. The game's launch was not the best, with many fans and players complaining that the glitches were still present. Thus prompting a backlash from the players and a rapid response from the official Sonic The Hedgehog Twitter Page and Blind Squirrel Games Twitter page, promising that many of the bugs will be fixed. Especially with the Nintendo Switch version copping most problems, but the PS4 version on launch was nutorious for corrupting save data. Thankfully this problem has now been fixed. But as on launch, it should never have happened in the first place. 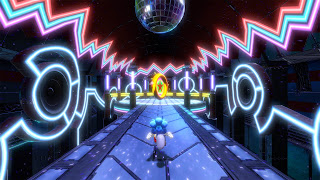 Sonic Colours Ultimate obviously isn't perfect, and no modern Sonic game of this era is safe from bugs or shoddy launch day problems. Stuff like this shouldn't keep on happening in Sonic games. There were only 3 patches for the game released from September - December 2021 and since then, there have been no new updates for the game, and certain problems still remian, such as audio issues, Tails Save graphics animations, menu & option text animations and design, to other graphic and gameplay performances. It makes me wonder if the game was not released in September last year and if it was delayed to this year along with Sonic Frontiers and Sonic Origins it wouldn't have had the rough and spotty launch as it did and released as more of a complete game.

I remember enjoying Sonic Colours originally back in the day on the Nintendo Wii. But every time I play Sonic Colours Ultimate it makes me depressed for whatever reason. I just don't enjoy it. I don't know why. I remember having loads of fun in the original game rocking around places like Sweet Mountain, Tropical Resort, Aquarium Park and Asteroid Coaster but on this new remaster it just doesn't feel the same. I think the biggest factor about this is that there is no Wii Remote used for these modern day remasters as they're for newer consoles now like PS4, Xbox Series X, Nintendo Switch etc.

Also the newly remixed soundtrack is absolutely terrible. Compared to the original version, which was lively, exciting and punchy, Sonic Colours Ultimate's remixed soundtrack features poorly mixed lo-fi remixes of  most stage themes from act 1 - 3 over some lazy drum machines instead of a live band. I pretty much hated them all. Check out this god awful dinky piano in the Tropical Resort Act 1 remix. It's absolute torture. Leaving the iconic surfing guitar from the original track noticably absent.

One of the biggest offenders for me was the Sweet Mountain Act 1 remix. They took out most of the guitar tone completely and left it with this mess, whatever it is:

To add even more insult to injury, I really loved the Tomoya Ohtani Band version of the Speak With Your Heart track from the Sonic the Hedgehog 30th Anniversary Symphony. I was having high hopes for the remixed soundtrack to the new game before it came out because of these performances from the Symphony.

Sadly we never got this remix in the final game! We got this wacky version instead for some reason.

Other problems with Sonic Colours Ultimate continue, such as difficult to read menu text and options. The UI is poorly designed. The customizable options are accessible in the options satellite. They should have their own menu instead so it would be less confusing.

The only high points of the Ultimate soundtrack is the Jun Senoue remixes of the boss battles & Terminal Velocity stages. Although they save parts of the soundtrack it still doesn't save most of the game. I really wish they got Jun Senoue to remix the entire soundtrack!

Speaking of customizations there are certain customizable options in Colours Ultimate, which lets you change the style of Sonic's gloves, shoes and boost auras. A lot of people didn't really care for this feature but I liked it. I thought it was fun changing up Sonic's appearances like that, and with Movie Sonic's boost aura in the game too is an extra bonus to make him look even more cool. 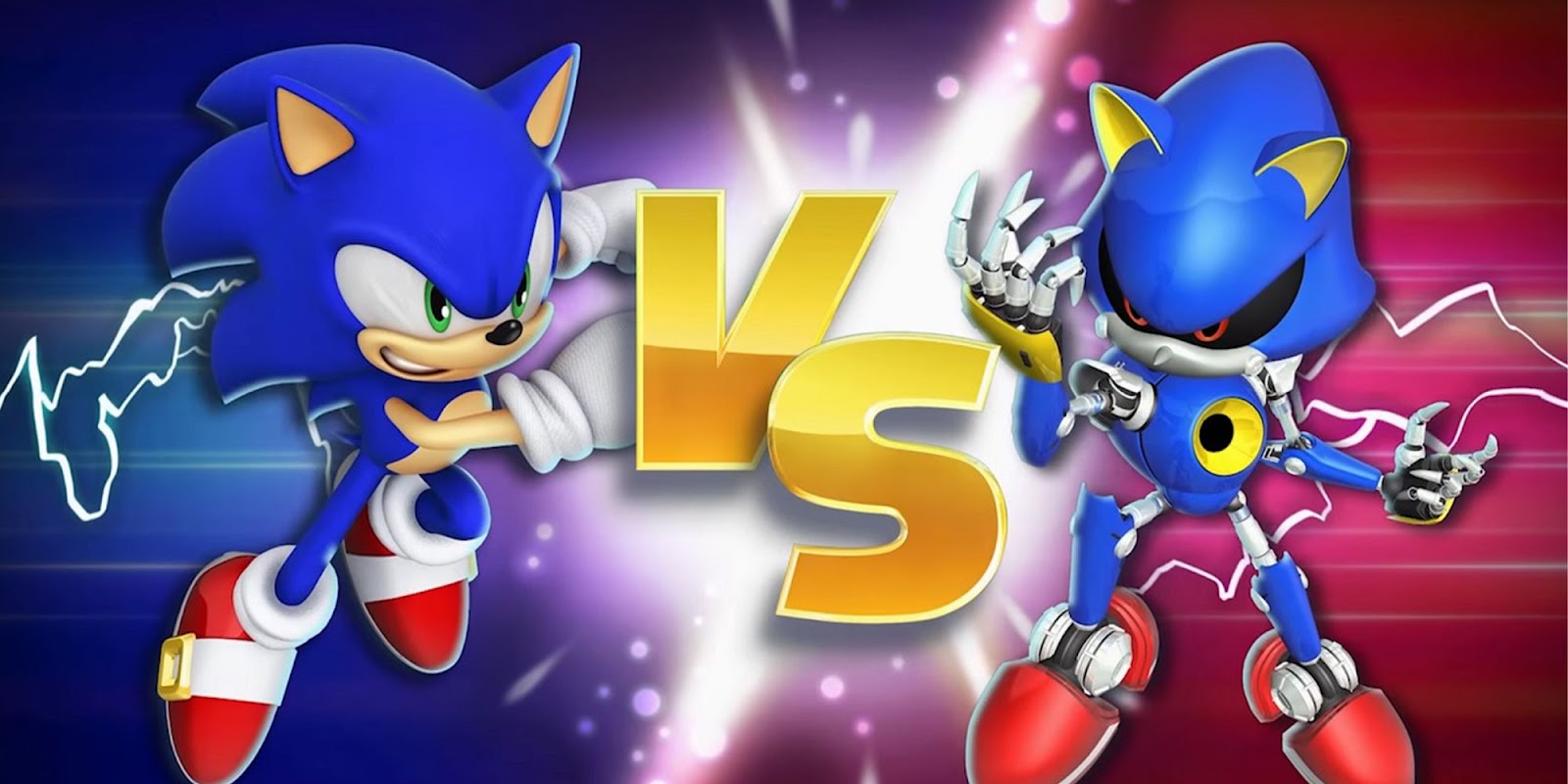 Another new feature in Ultimate is a new mode called "Rival Rush Mode" which is basically a time trial, you race Metal Sonic through all the stages, it feels kind of pointless but good for completionists.

The new features in the game aren't enough to make me say "wow, that's amazing" and feels like a lot of them were thrown in at the last minute.

Oh yes and while the game on Xbox Series X and PS5 runs on 4K 60 fps the cutscenes are compressed. They look choppy and blurry especially while in motion. Sonic's eyes have a strange metallic glint in them making him look weird. They had the original files but chose to compress them instead rather than remastering them.

Audio issues in the game still exist whereas most of the sound is in some wacky mono format. I'm not sure if this has been fixed yet or not.

Sonic Colours overshadows most other modern Sonic games these days. It was released during the era of good Sonic games; from 2008 - 2011. Unleashed, Colours and Generations. But out of the 3, Colours seems to be an unusual choice for a remaster to begin with. For a Sonic game, it's quite short. However it is appealing to younger audiences. Something that Sonic Team have been striving for lately with games like this and 2019's Team Sonic Racing. The dialogue in Colours may be cringe (Sonic repeatedly calls Dr. Eggman 'Baldy McNosehair' multiple times in the one cutscene, and Tails just doesn't care after a while for example), but maybe that's OK.

My main problem with Colours, even back in the day, was that it didn't know what kind of game it wanted to be. Is it a 2D or 3D Sonic game? It's both. But there are way more 2D sections than 3D sections. When you're in 3D sections of the game the levels are just mostly automated running levels that last for a short time. The 2D sections mostly evolve around infuriating puzzles you have to solve in order to pass through to the next act. You have to stand and wait for platforms to move to get past, there are even some stages that require you to jump up and down on a spring board for the entire stage to get through. This kind of stuff shouldn't be happening in a Sonic game. You should be running fast with high energy. Not slow gameplay where you have to stop and wait and then run automatically. The boss fights as well feel boring and repetitive. 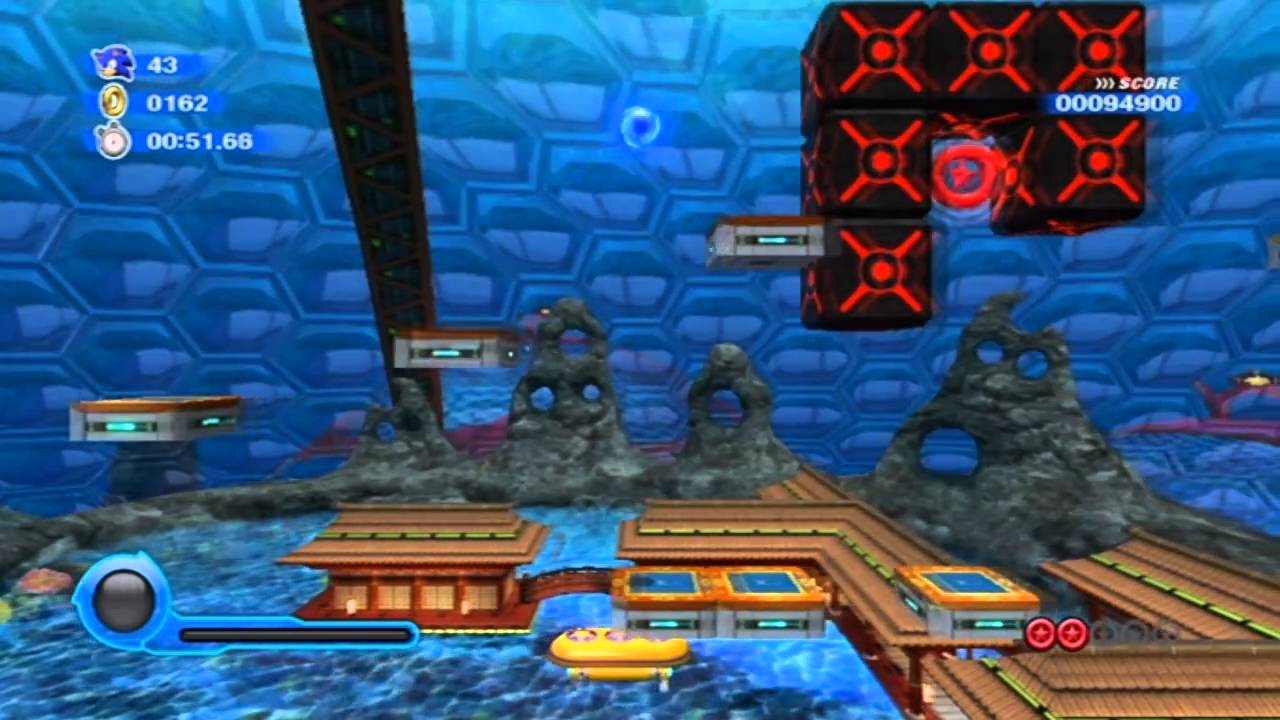 Despite SEGA promising several patches to update Sonic Colours Ultimate in the coming months ahead, we so far only got 3 patches released very quickly from each other during September - December last year. There are still plenty of things that need to be fixed in the game. I am not sure if we will get any more patches after the 'celebration' patch, does that mean the celebration patch is the last one? I would welcome more patches. I would love a patch that would let you turn off the subtitles. You can't even do that yet. They need to fix the size and placements of text. Make customization options easy to find, etc.

There is certainly more room for improvement in Sonic Colours Ultimate. However, since it's announcement we are still yet to see anything of the upcoming Sonic Frontiers, SEGA's next huge mainline Sonic game. Maybe it has a thing or two to learn from Colours Ultimate's messy release first. I hope it doesn't suffer from the same fate as Colours Ultimate did.